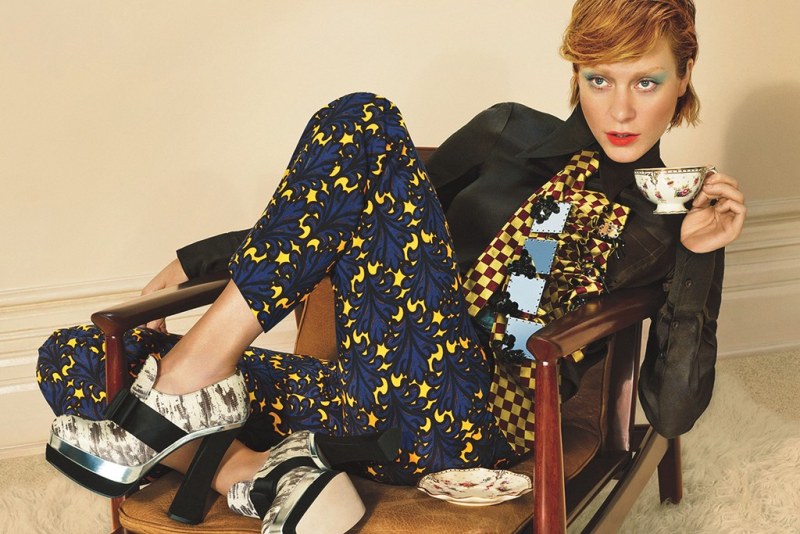 Chloe x Miu Miu – Actress Chloe Sevigny fronts the fall 2012 campaign from Miu Miu wearing the label’s colorful prints with a cup of tea in hand. Chloe first starred as the face of Miu Miu for the spring 1996 season. This time around, Mert & Marcus photographed the actress as a red-head with funky platform shoes and menswear inspired tailoring on full display. (WWD, TFS) 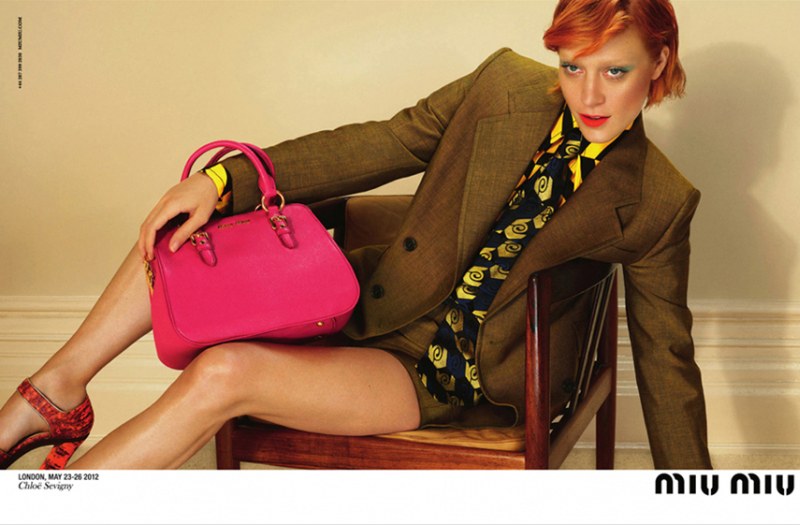