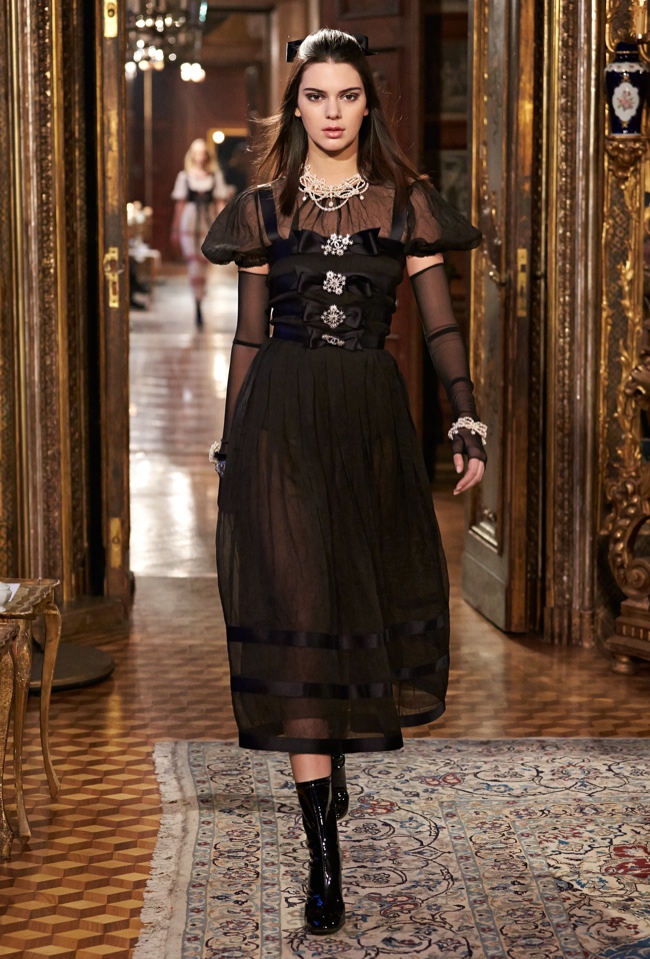 Chanel Pre-Fall 2015–Set at an 18th century palace, Schloss Leopoldskron, the pre-fall 2015 runway show from Chanel was an opulent affair. Creative director Karl Lagerfeld took inspiration from Tyrolean and Austrian tradition while screening Chanel’s “Reincarnation” film featuring Pharrell Williams and Cara Delevingne. Some looks were a riff off of lederhosen while long coats decorated with gold embroidery made for a dramatic statement. Elsewhere, you saw the iconic Chanel tweed jacket with four pockets. Embellishments of leather trim, feathers, pleats and frills play on the alpine theme. Notable model appearances include Lara Stone (who opened the show), Kendall Jenner and Cara Delevingne (who closed).