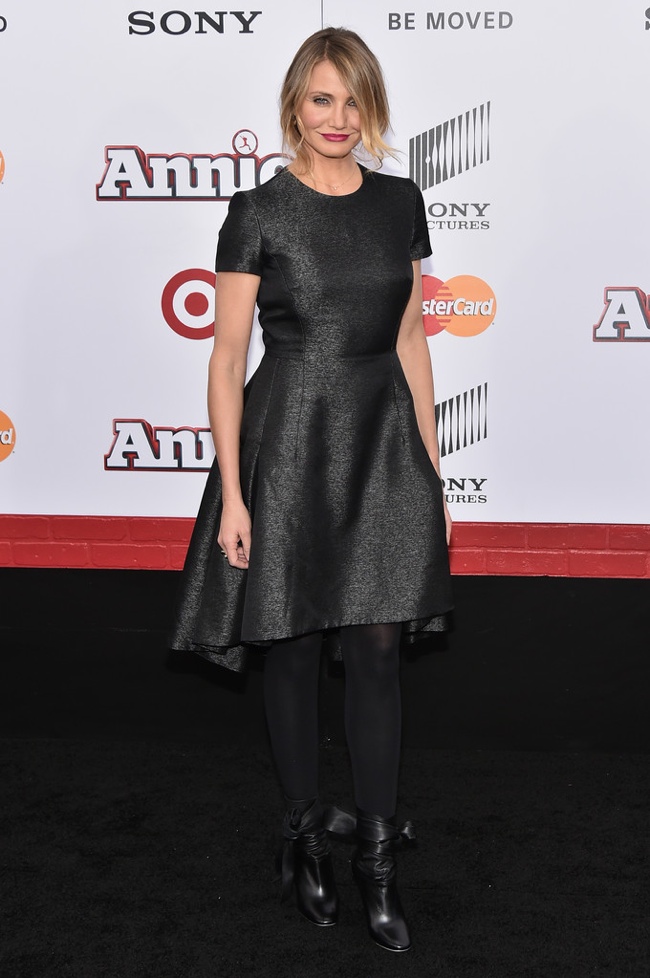 Cameron in Dior–Actress Cameron Diaz hit the black carpet at the world premiere of her new film “Annie”, held in New York on December 7th, 2014. The star which plays the role of Ms. Hannigan in the movie opted to wear a black Dior dress in tweed. Cameron also paired the look with Dior shoes. 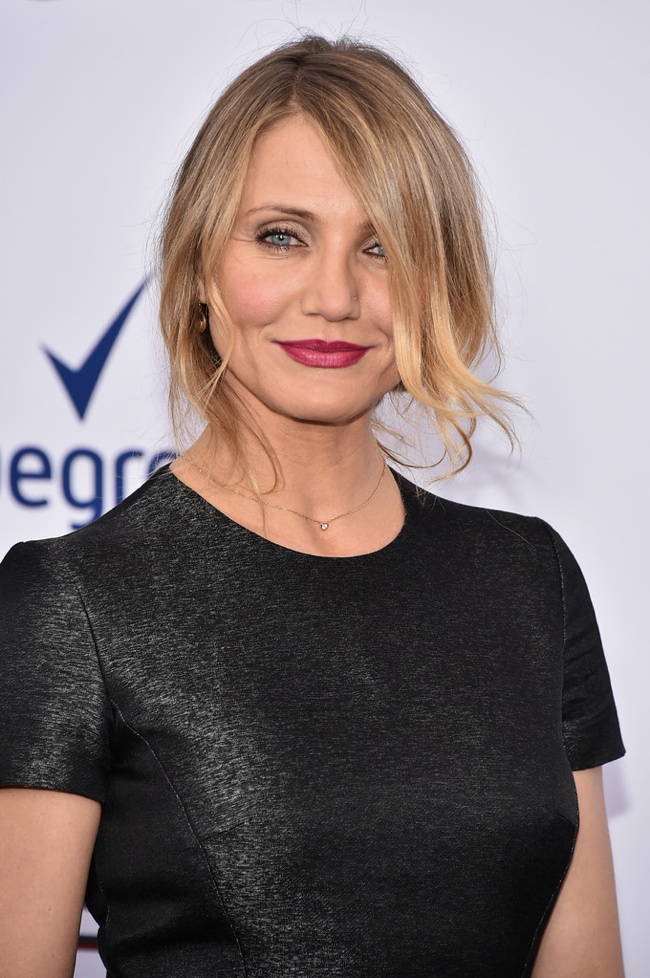