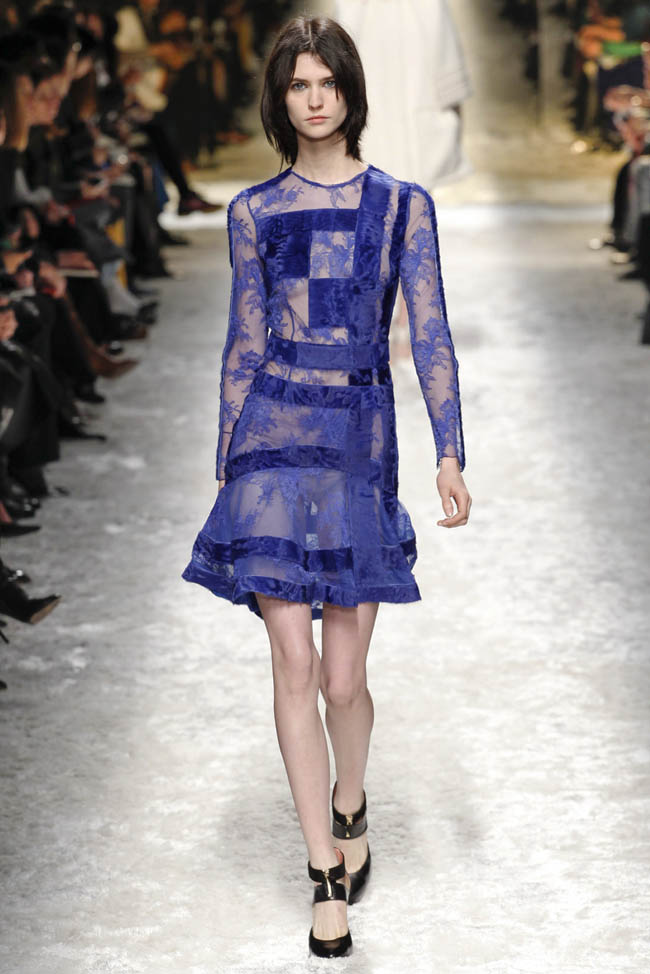 Blumarine Fall 2014–Japanese history served as the launching pad for Blumarine’s fall-winter 2014 collection shown during Milan Fashion Week. Designer Anna Molinari found herself inspired by everything from the country’s roots and traditional dress to the modern-day Japan with its Western influences. The Blumarine girl’s wardrobe is quite eclectic; ranging from a regal cape adorned with rich jacquards to more party girl garb including sexy minis with cutout slashes. Throughout, there are Eastern influences such as kimono inspired shapes or rich tapestry florals or even a sleek leather dress coat that calls back to Japanese military uniforms.