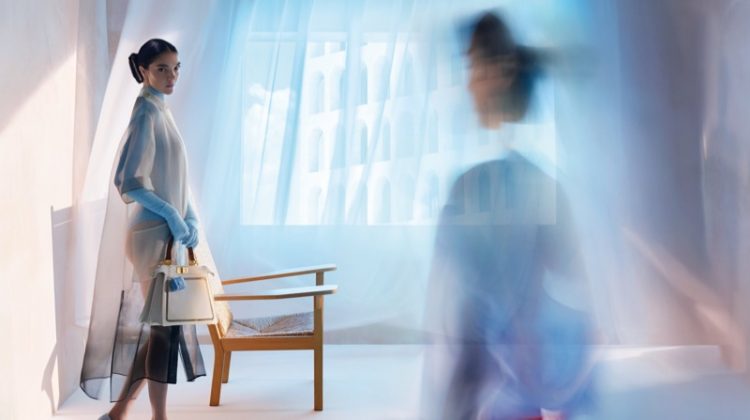 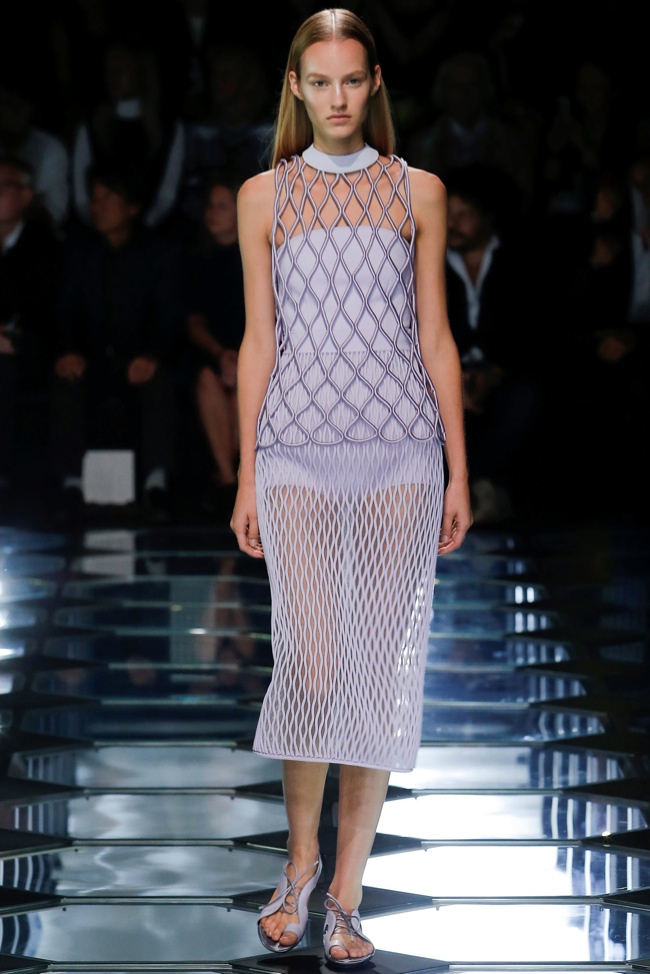 Balenciaga Spring 2015–For his spring-summer 2015 outing at Balenciaga, Alexander Wang continued where fall left off with an outing of sports-infused elements that paid homage to the house’s DNA of structure with the addition of opulent embellishments. Mesh tops and dresses were decorated with crystals while sporty shapes took over cocktail dresses or tops paired with short shorts. The season’s color palette is kept simple with white, black, nude and rare pops of lavender. While last season, Gisele Bundchen made a surprise appearance, it was Sasha Pivovarova who made her Paris (and Fashion Month) debut on the catwalk wearing a glittering mesh number in black.