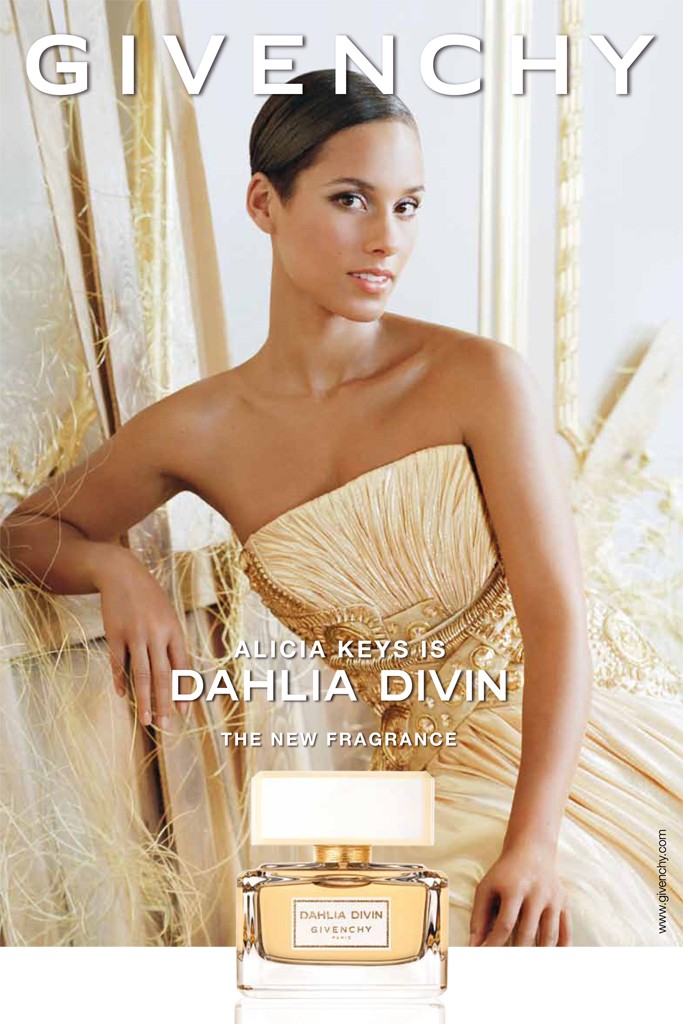 Alicia Keys for Givenchy Scent–After the news was announced last month, Givenchy has released its ‘Dahlia Divin’ fragrance campaign starring Alicia Keys. WWD revealed the photograph which features Alicia posing in a gold-colored dress with a sleeked back hairdo in a sitting pose. This marks the singer’s very first beauty campaign. “This scent is grounded, but still has a femininity that is very earthy, and I love that,” Keys told the fashion publication. And for more Givenchy, see the brand’s fall 2014 campaign just released this week.