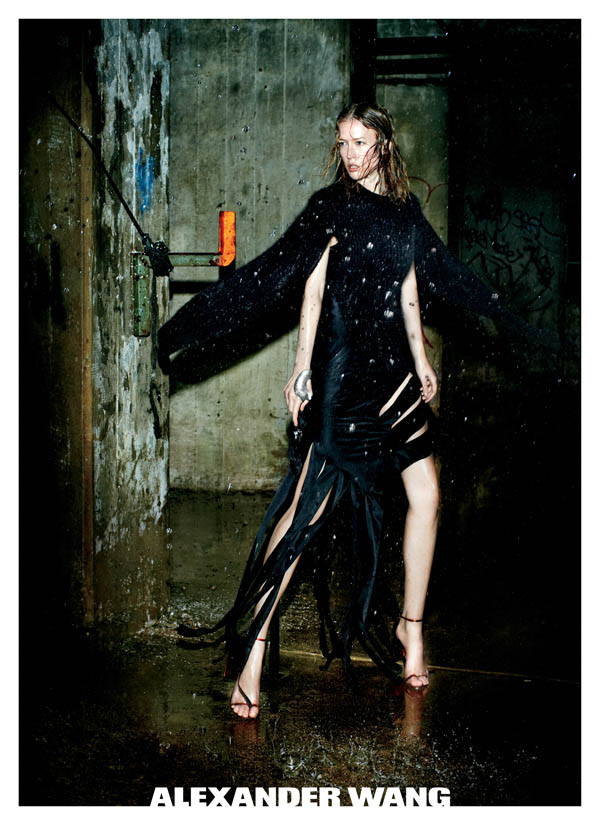 Slippery When Wet – Alexander Wang’s fall 2011 campaign takes to an abandoned Brooklyn grain factory from the 1920s with Brazilian model Raquel Zimmermann as its star. Captured by Fabien Baron and styled by Karl Templer, Raquel makes for a strong and sleek heroine clad in black. Tonight at 9 PM eastern time, a series of projections around NYC will launch the fall 2011 video at a variety of locations for three consecutive nights.