You are here: Home / Celebrity / Viola Davis Covers Entertainment Weekly, Discusses ‘How to Get Away with Murder’ Sex Scenes 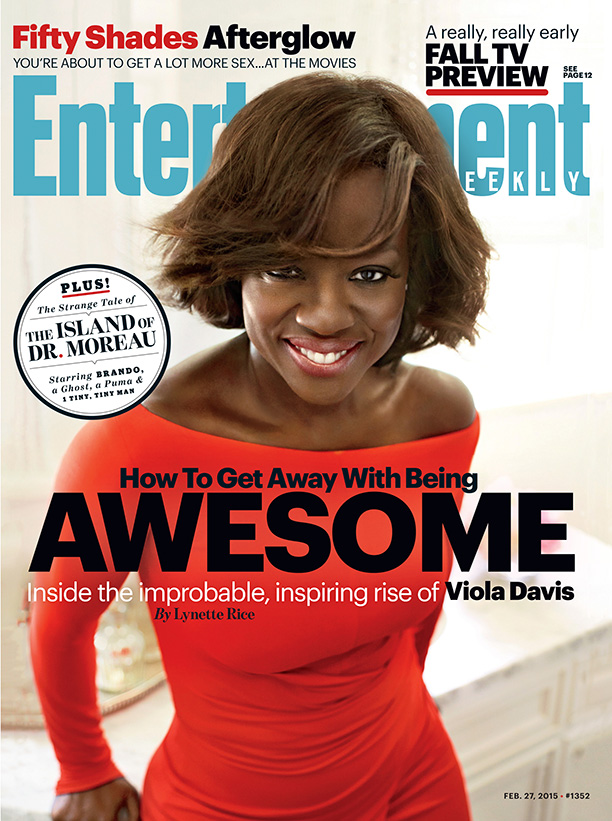 “How to Get Away with Murder” star Viola Davis is the February 27, 2015, cover star of Entertainment Weekly, rocking a red dress in the image captured by Peggy Sirota. In her interview, she talks about the struggles of finding work for an actress of her age and skin color despite having two Academy Award nominations under her belt, and doing sex scenes for HTGAWM.

“It was nerve-wracking, but I went for it,” she said of doing her first sex scenes on the show. “Anyone should be nervous doing very personal and private scenes. If you are not nervous, then something is wrong with you.”