You are here: Home / Milan Fashion Week / Versace Fall 2015: Fashion for the Internet 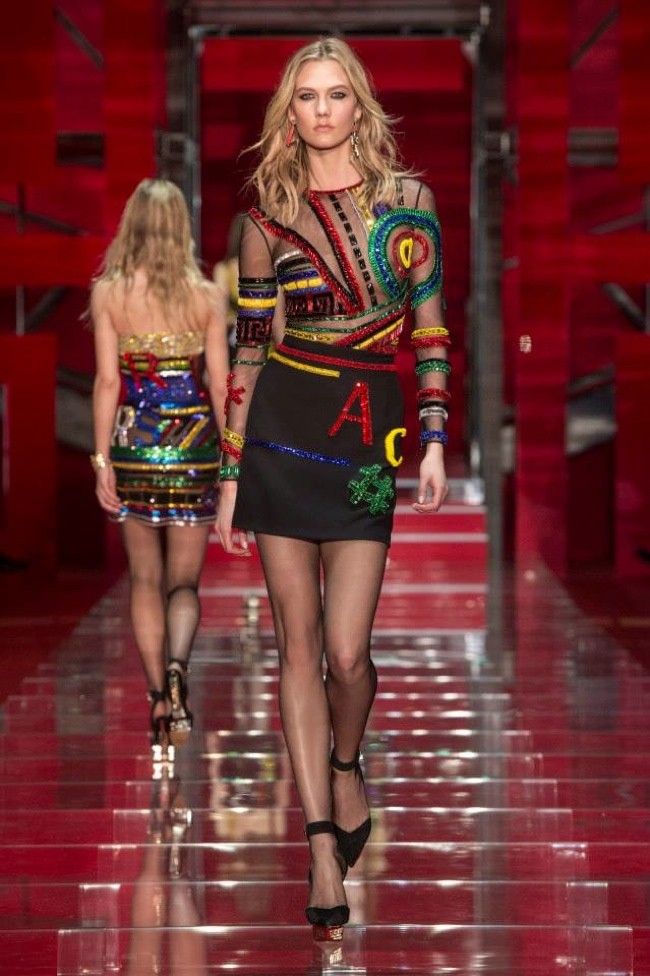 For the brand’s fall-winter 2015 collection, Donatella Versace looked to the internet for inspiration. The result was an outing of colorful and bold clothing with sexy cut-outs, color-blocked pieces and crazy prints prominently featuring the house’s Greek key–essentially things that would pop in today’s fast-paced, social media driven world. As the press release noted, “This is the contemporary Versace: the traditions of craftsmanship and the Greek key, the emoji of the future.” The standouts of fall feature Versace logos split with “@“ and “#” signs—the language of the internet. Worn by Karlie Kloss and Natasha Poly for the two finale looks, that is one way to get social media talking.