You are here: Home / Celebrity / Taylor Swift + Karlie Kloss Stare at Each Other & Arm Wrestle for Vogue Video 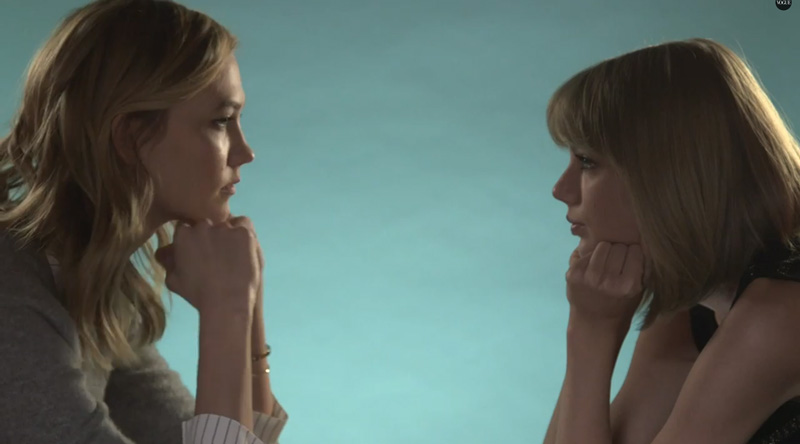 Following up their March 2015 cover, BFFs Taylor Swift and Karlie Kloss star in a video for Vogue.com called, “Who’s the Best, Best Friend?” The pair do a talking contest, staring contest, arm wrestling content and blind art contest. Spoiler alert: according to the video, it’s a tie, with two against two in the end. So they’re both the best, best friend.