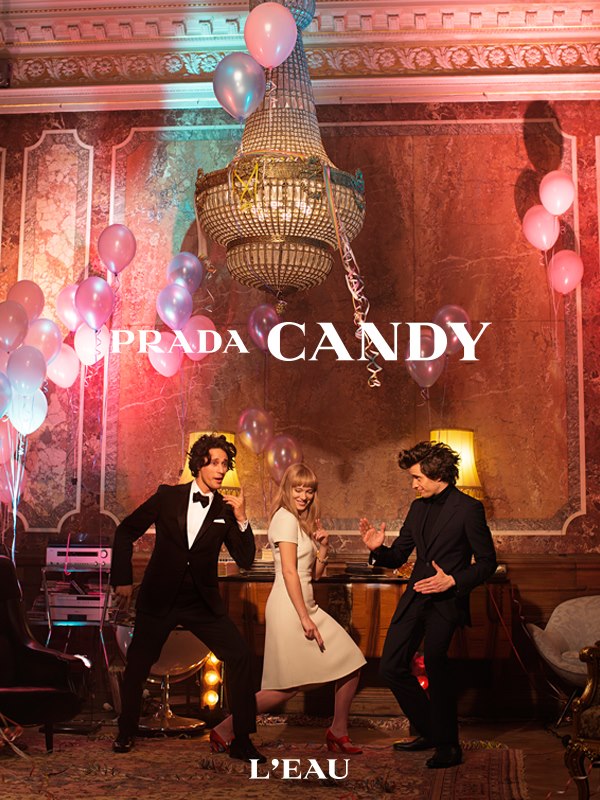 Her Name is Candy – Face of Prada Candy L’eau fragrance, French actress Léa Seydoux, stars in a series of three short films directed by Roman Coppola and Wes Anderson. In the video, Seydoux is a coy beauty sought after by two men played by Peter Gadiot (Gene) and Rodolphe Pauly (Julius). The film release celebrates the n new “Candy L’eau” scent with hits stores at the end of the month.