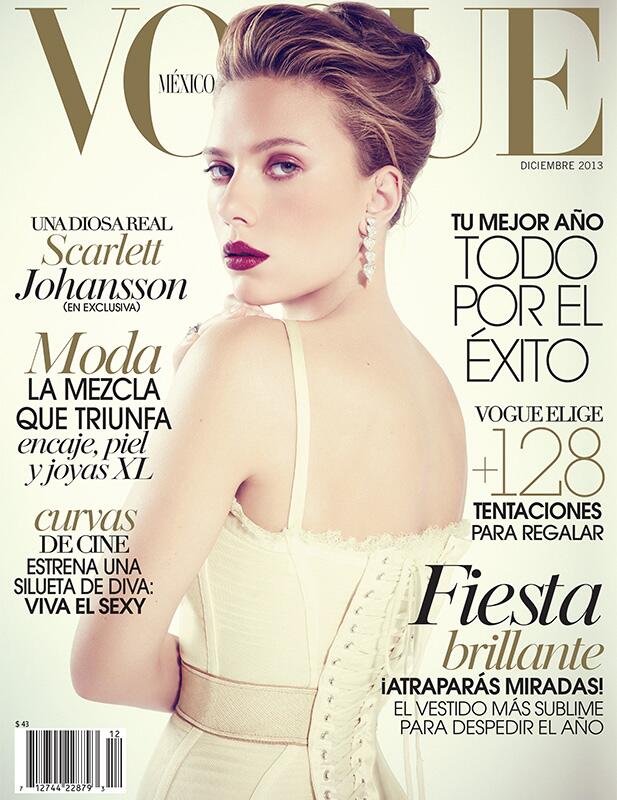 Scarlett on Vogue – Actress Scarlett Johansson graces the December 2013 edition of Vogue Mexico, looking seductive in a white corset from Dolce & Gabbana. Sofia Sanchez and Mauro Mongiello photographed the blonde babe for the new issue which hits newsstands later this month. Scarlett also recently appeared in “The One” fragrance advertisements from Dolce & Gabbana alongside Matthew McConaughey.