Photographed by Alexi Lubomirski and styled by Olga Dunina, Sasha looks as graceful as ever while walking on beams with her dresses flowing freely behind her. 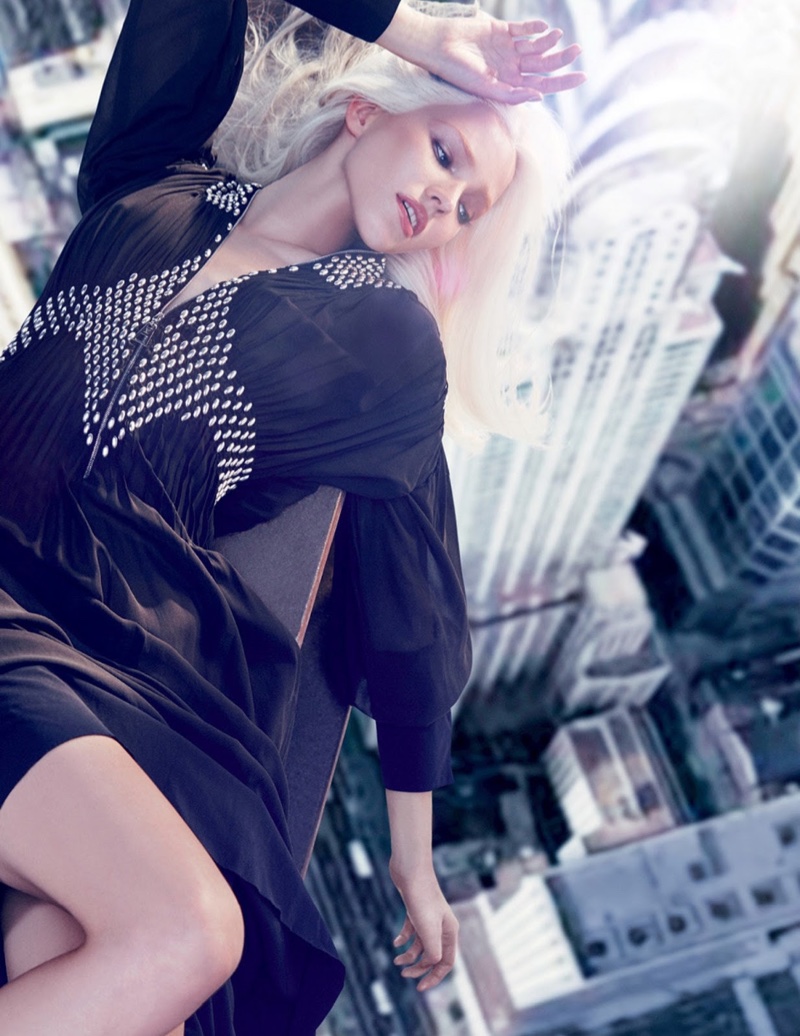 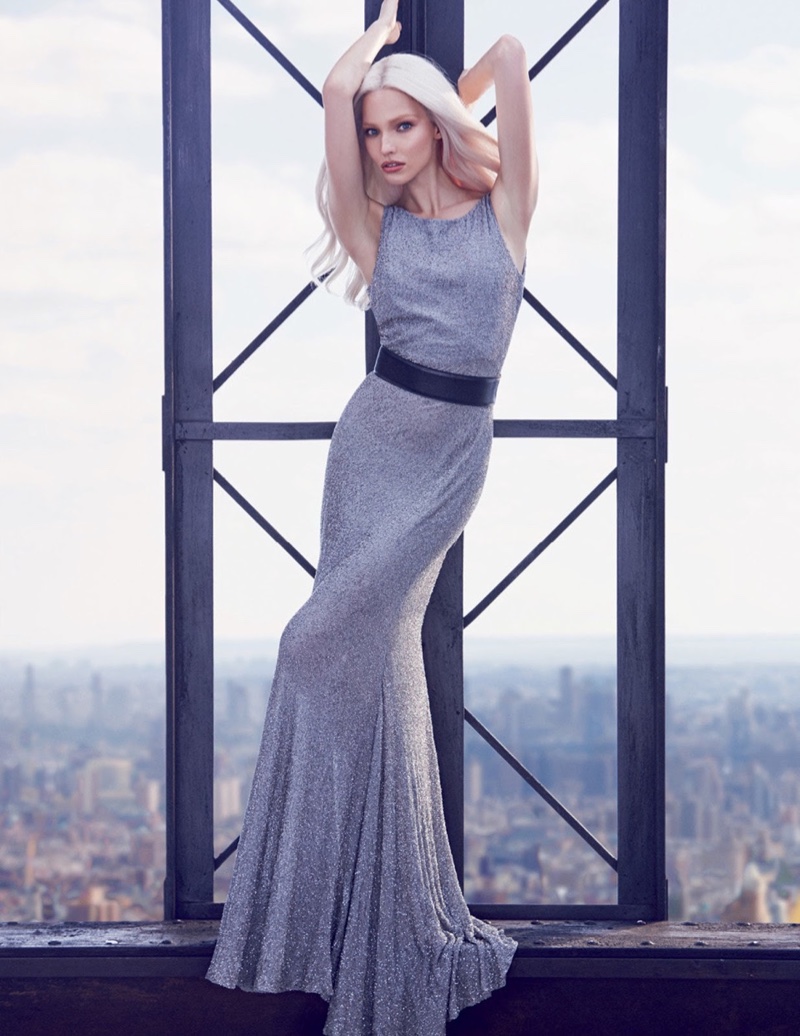 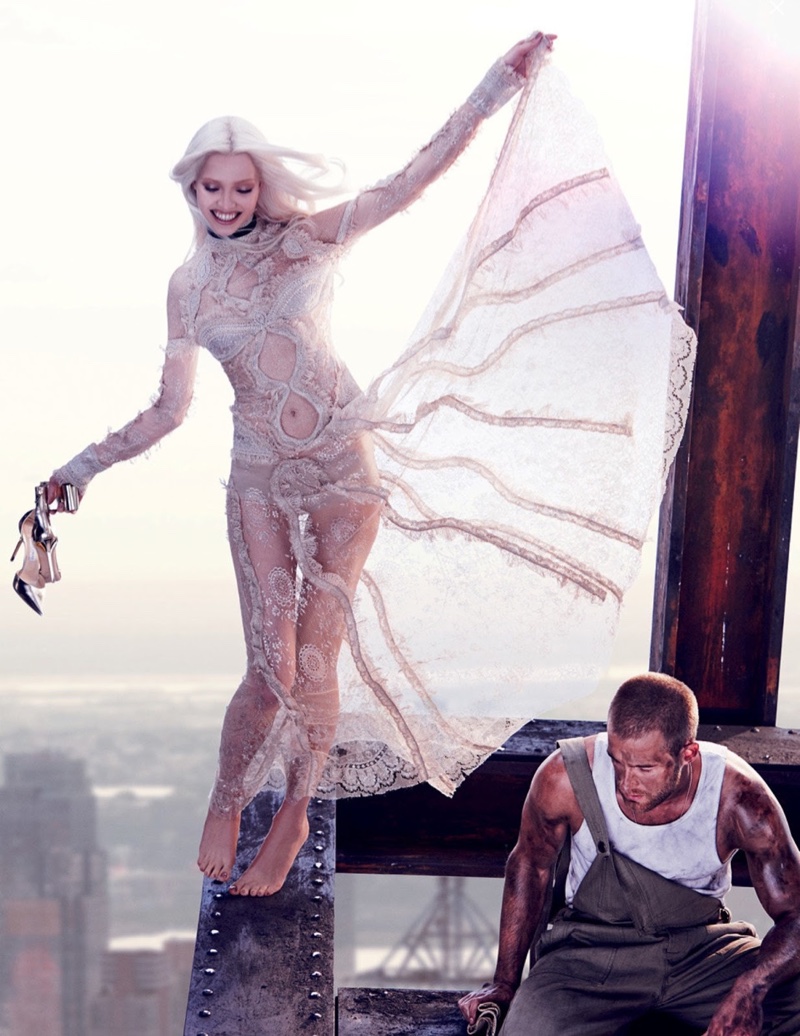 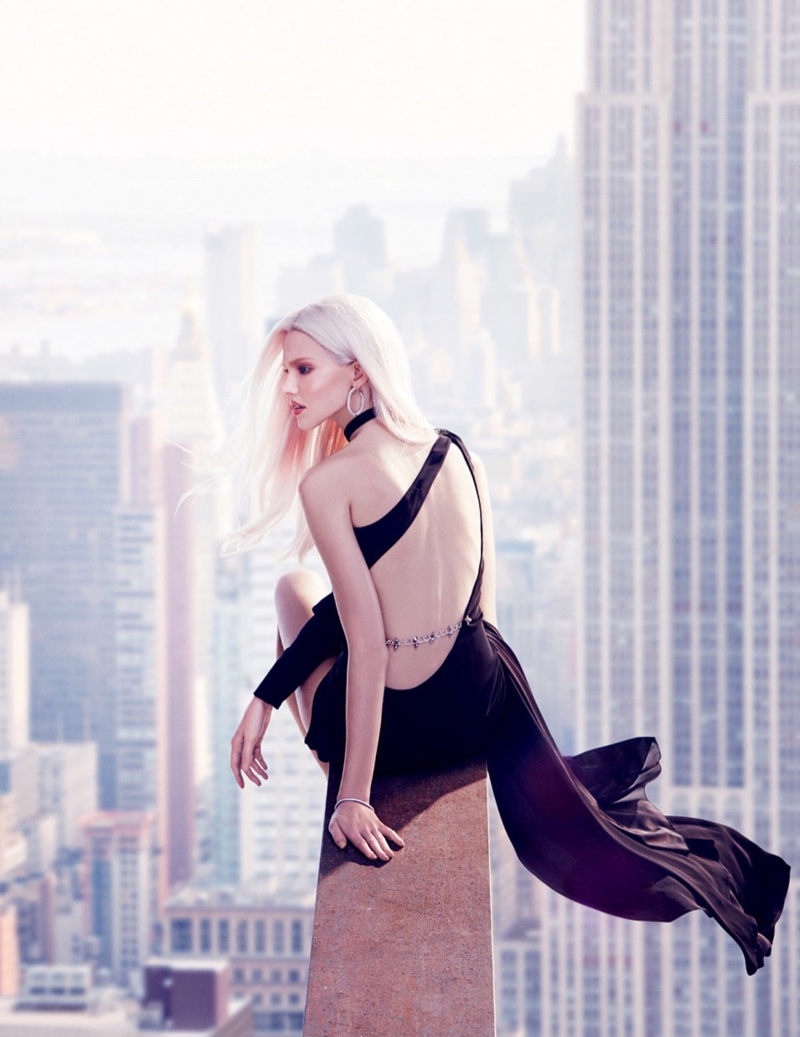 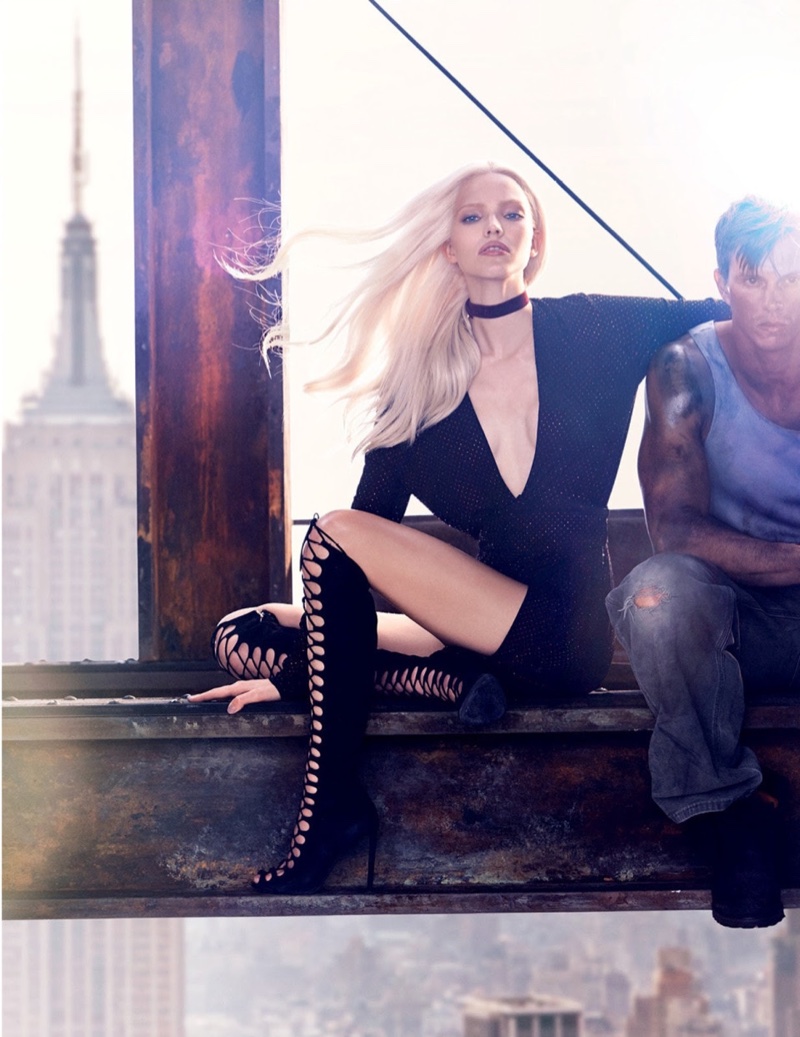 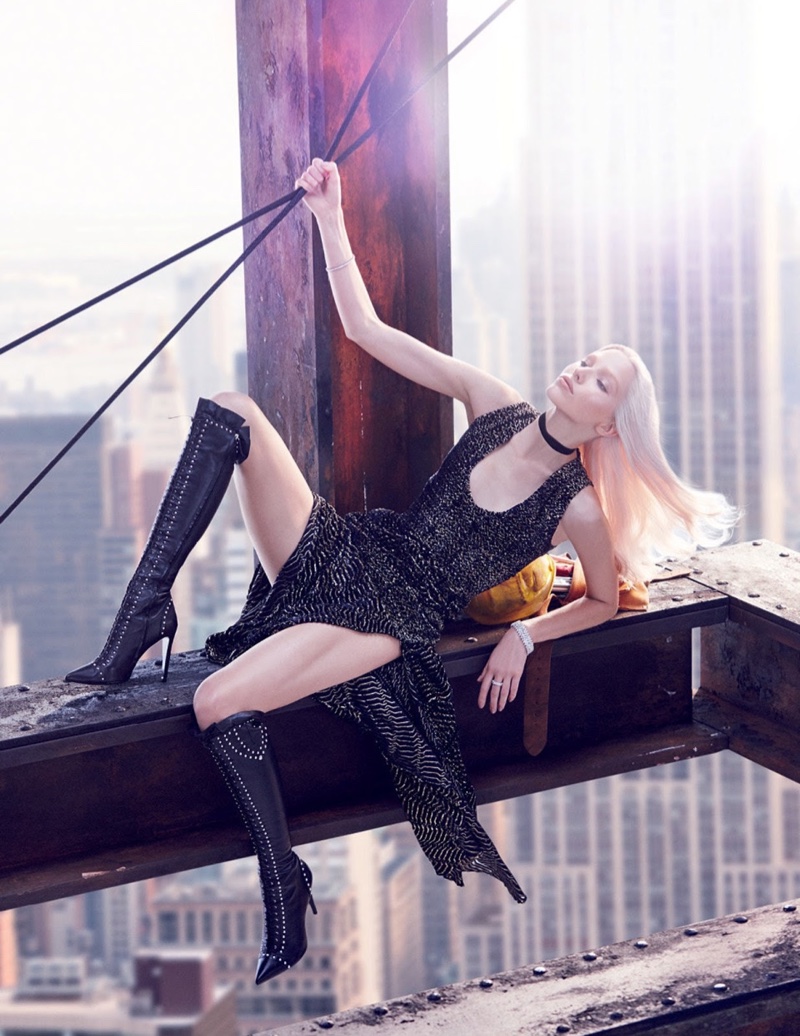 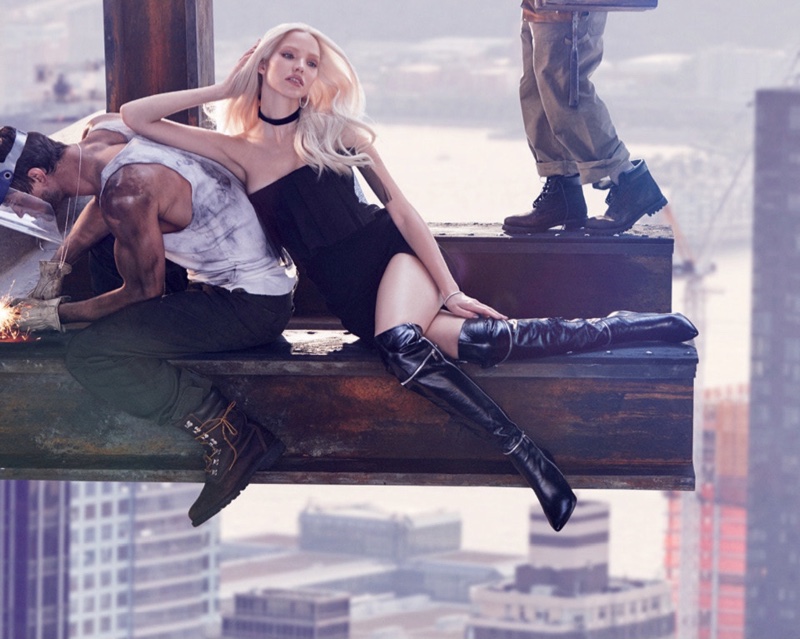 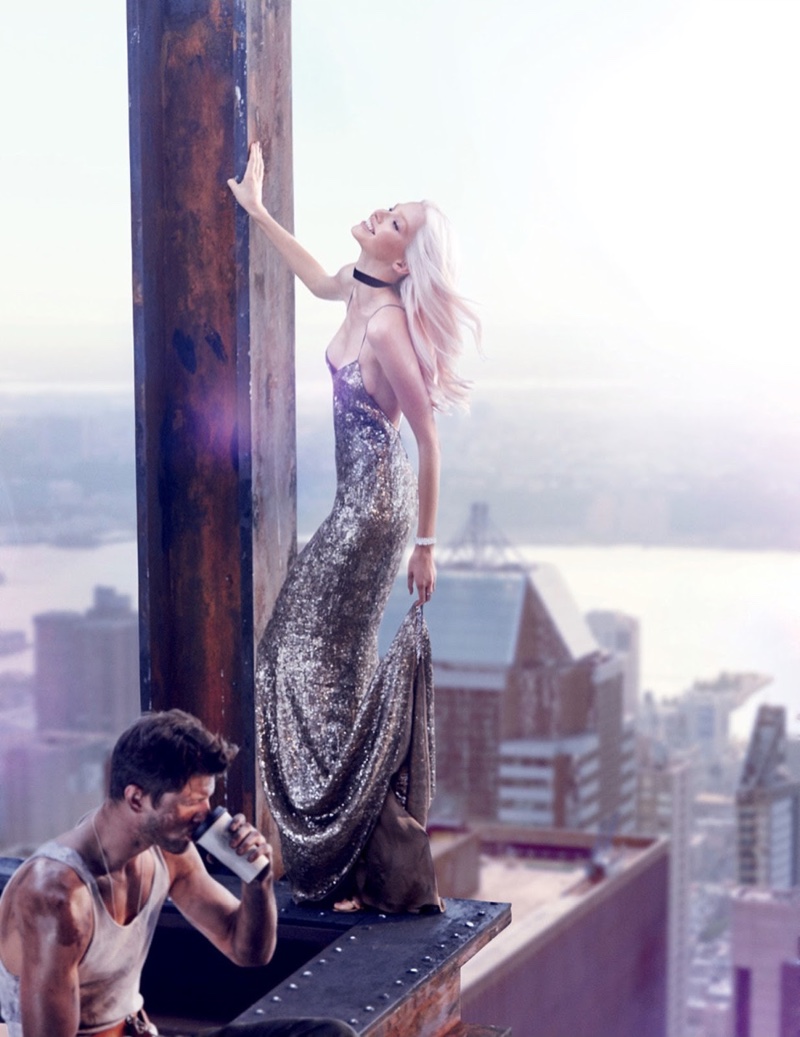 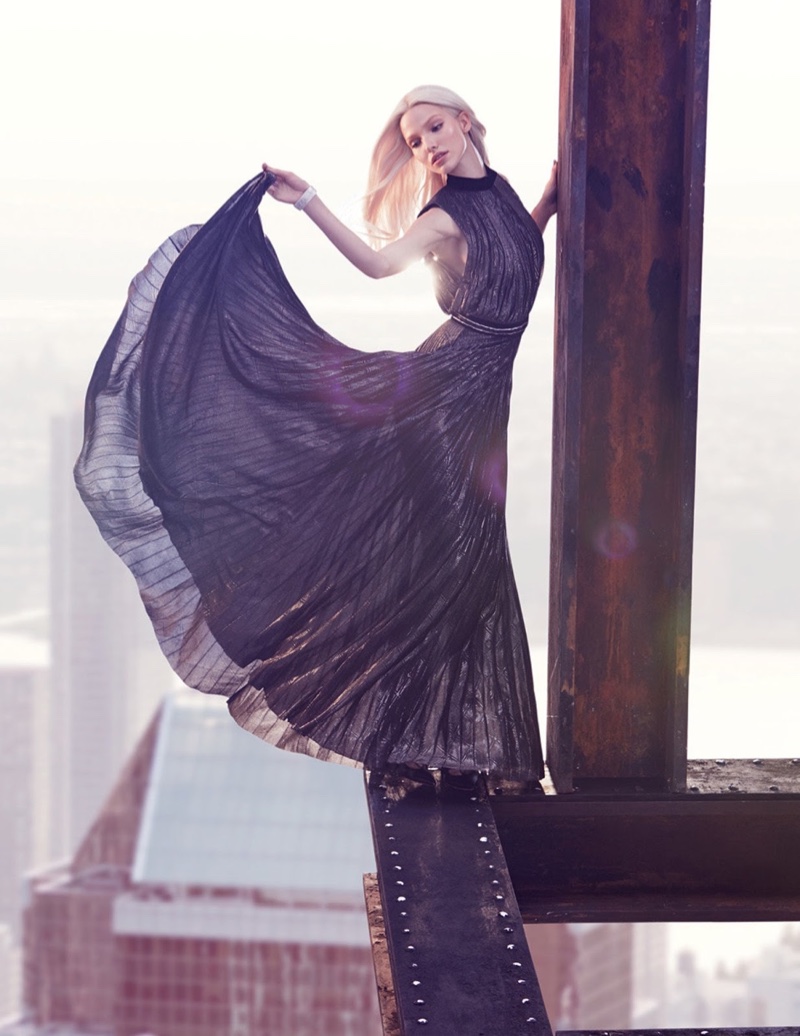