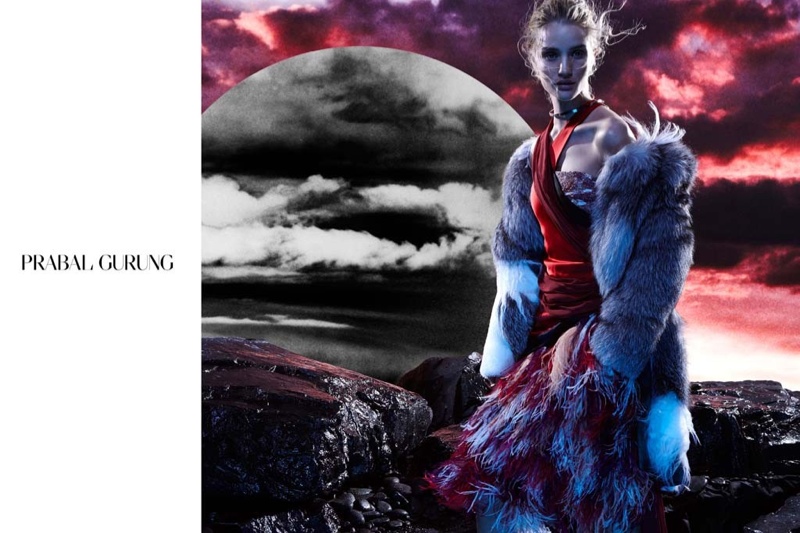 Rosie Fronts Prabal Gurung Fall–Normally known for showing off her sultry side, Rosie Huntington-Whiteley is strikingly eerie in Prabal Gurung’s fall-winter 2014 campaign. Revealed on WWD, the advertisements show Rosie against a mountainous backdrop made with set design by Gerard Santos. Daniel Jackson photographed the advertisements with creative direction by Chris Simmonds and styling by Elin Svahn. 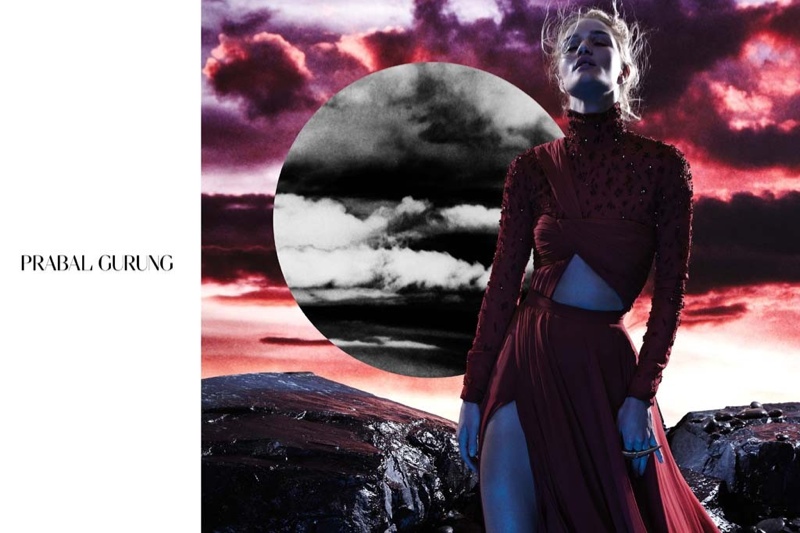 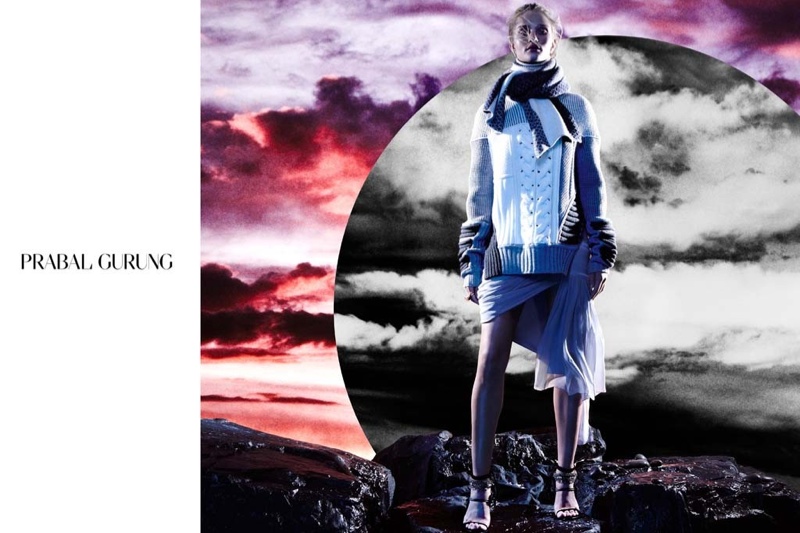 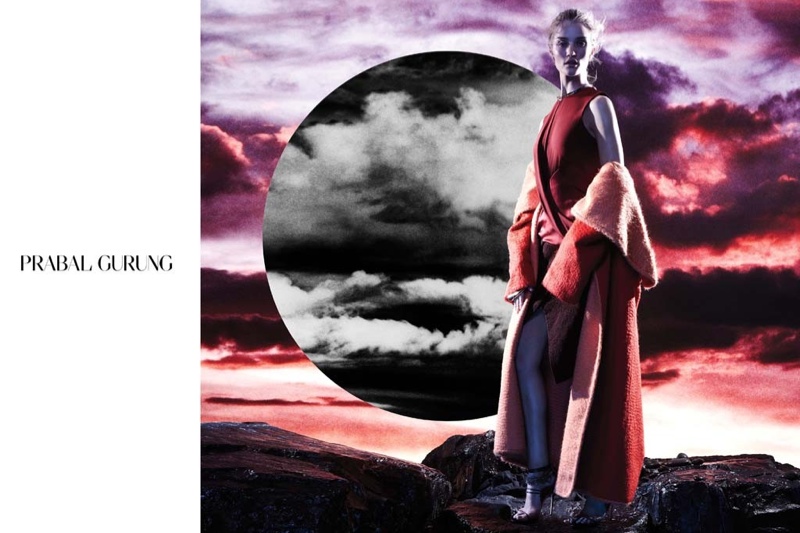 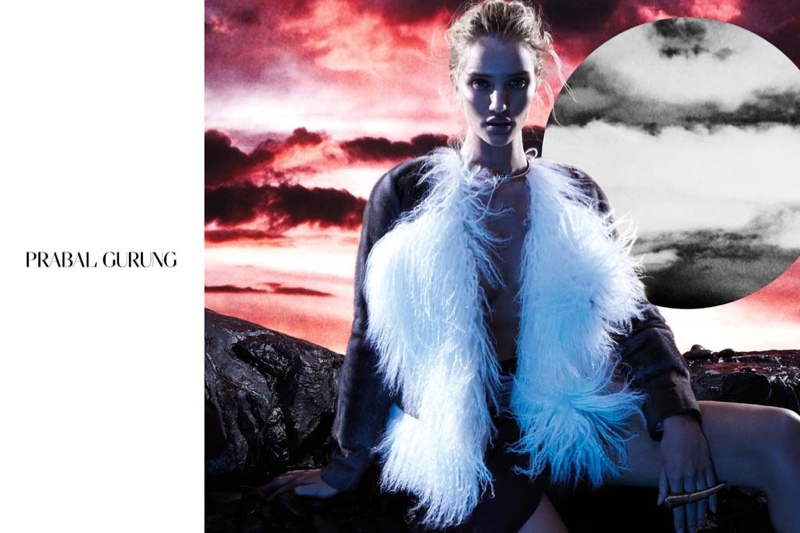