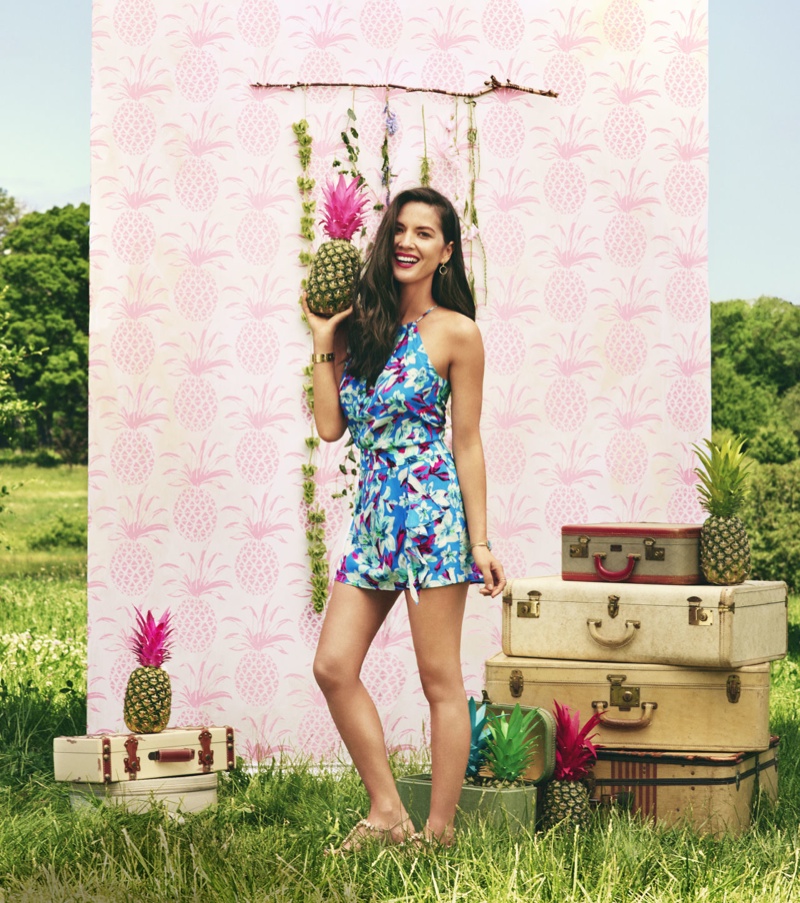 Set to star as Psylocke in the upcoming ‘X-Men: Apocalypse’ film, actress Olivia Munn stars in the August 2015 cover story from Good Housekeeping. The brunette looks all smiles as she poses with a pineapple and her pet dog, Chance. In her interview, Olivia opens up about her boyfriend, adopting her dog and using a hypnotist to exercise.

About her boyfriend, Aaron Rodgers, she says, “My boyfriend’s healthiness inspires me. Aaron is different than every other man I’ve ever met…there’s so much I could say. Everything a good person can be, he is. He’s in such great shape, and especially lately, he’s been eating so well and working out. Having somebody in your life like that is so motivating.” 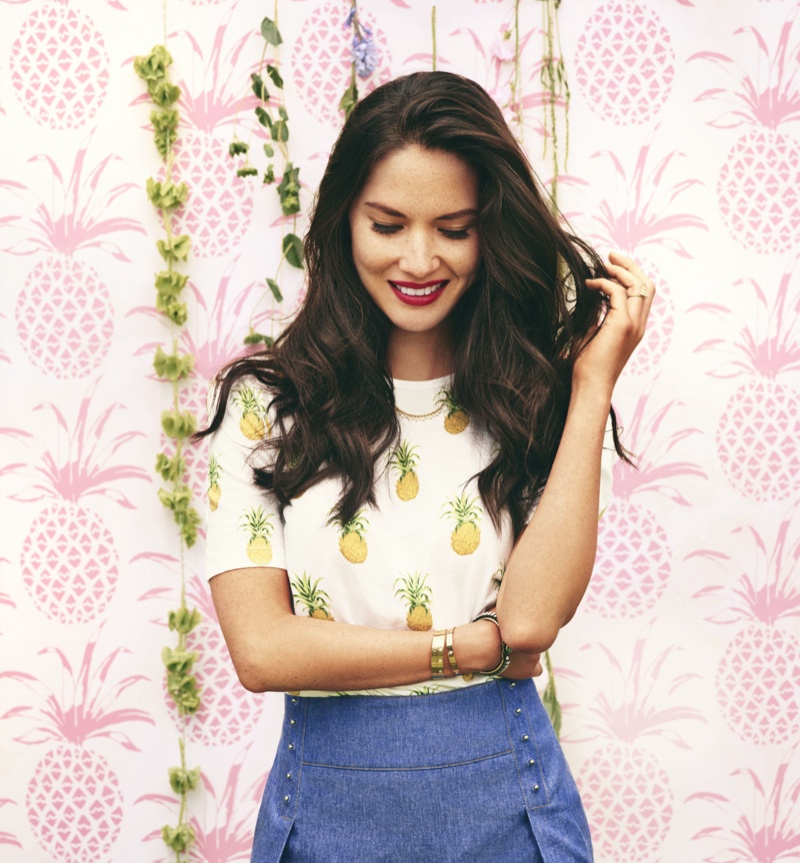 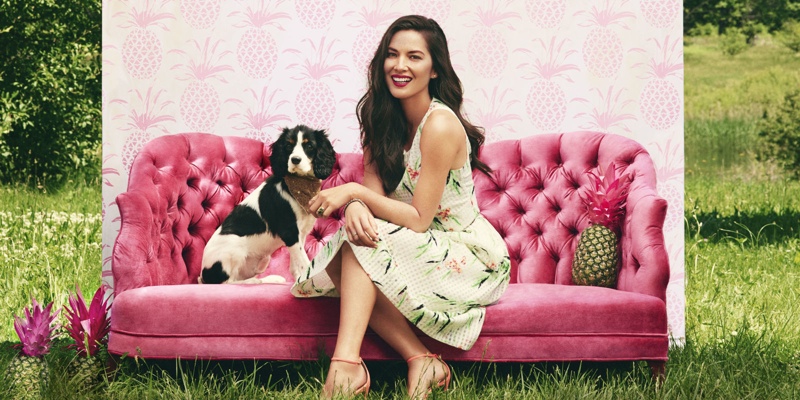