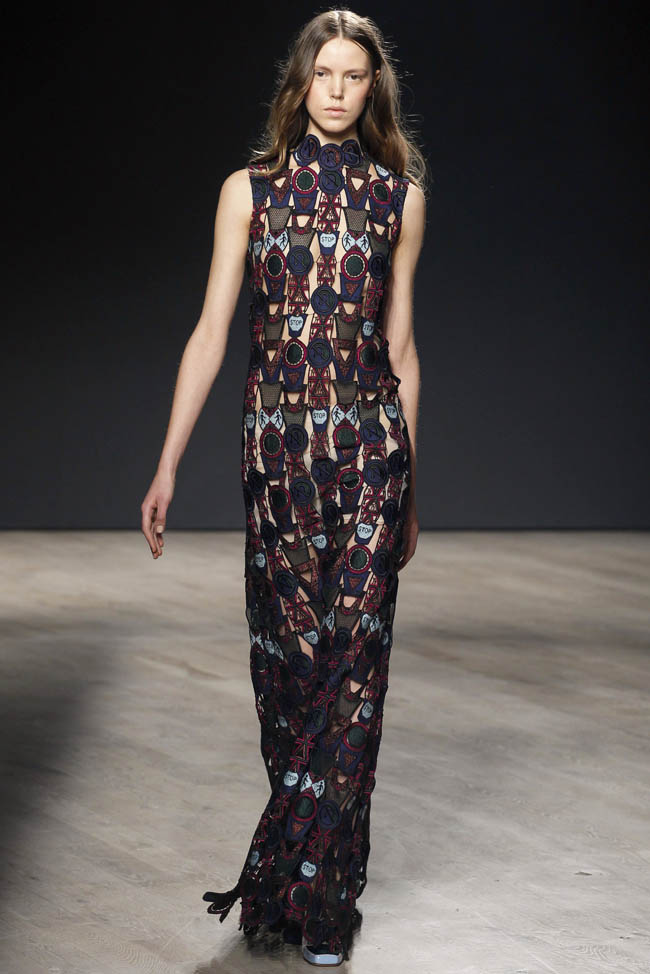 Mary Katrantzou Fall 2014–When you think of Mary Katrantzou, the Greek designer has become synonymous with her signature digital prints but for her fall-winter 2014 collection she decided on other ways to showcase her vision. Katrantzou found herself inspired by the idea of uniforms and the symbols used on them for her designs’ decorations. Gone were the structural silhouettes which were replaced with long tunics such as the opening look worn by Kirsten Owen and metallic suiting. Texture was a main component of the new season with symbol-shaped brocades, chain mail, jacquards and pleating for pretty dresses with edge.