Adding to a roster of top models including Gigi Hadid, Karlie Kloss and Lily Aldridge; Martha Hunt stars as Homeslice for Taylor Swift’s upcoming ‘Bad Blood’ music video. The premiere date is inching ever closer with its big debut happening during the Billboard Music Awards on May 17. In the poster, Martha wears a bodysuit with two swords strapped to her back and one killer ponytail. 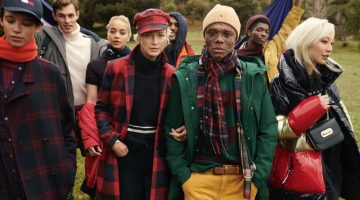