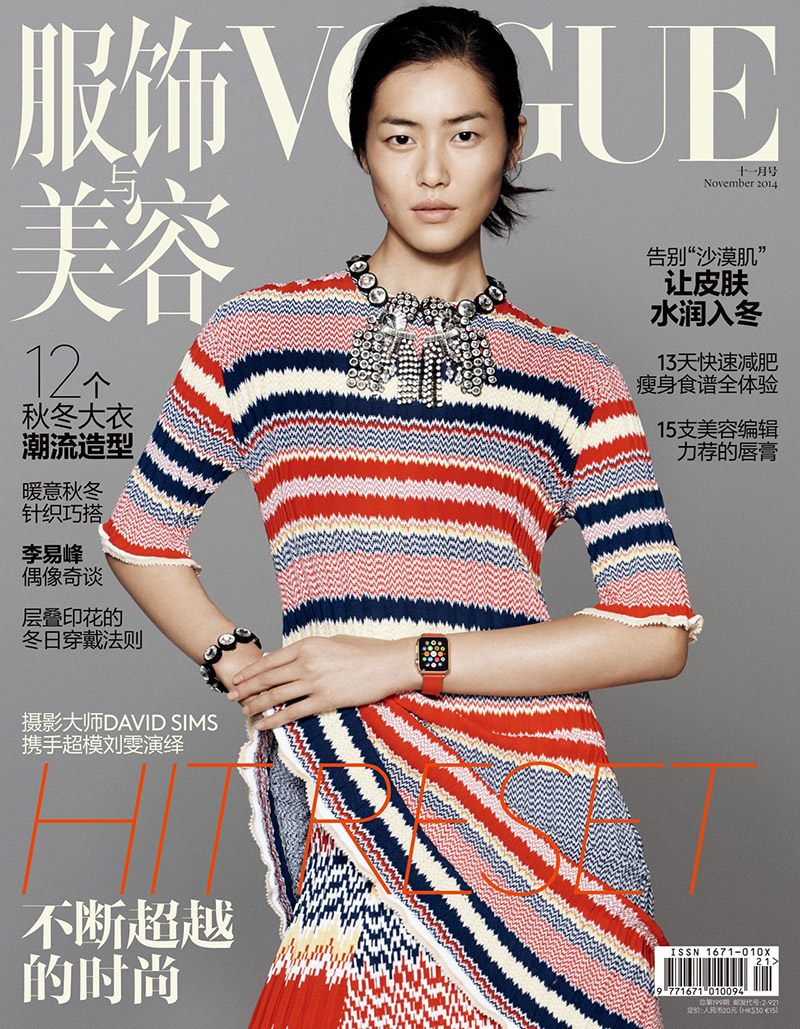 Liu on Vogue China–Last week, we shared some speculation that Liu Wen was working on something with the new Apple Watch. Rather than being a face of the campaign, it turns out that the Chinese model is wearing the technology item on the November 2014 cover of Vogue China. Photographed by David Sims, Liu looks perfectly chic wearing a striped two-piece, jewelry and a slicked back hairdo. This marks the model’s first only-girl cover for the magazine.