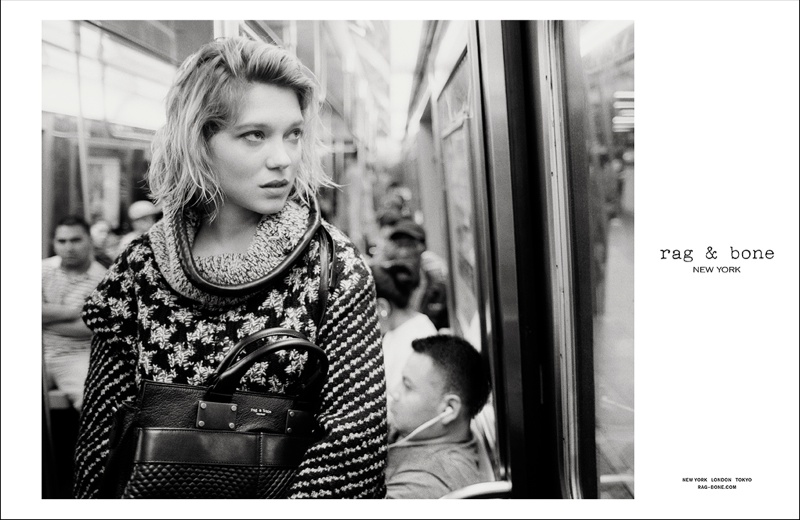 City Girl – Rag & Bone taps French actress Léa Seydoux for its fall-winter 2013 campaign, shot by Glen Luchford. The Palme d’Or-winner who has appeared in fashion magazines such as the French version of Glamour and Elle, poses in the city of New York in a series of black and white snaps. Seydoux kept it candid for the shoot explains the brand’s managing director Marcus Wainwright, “Glen achieved exactly what we were after – perfectly caught real moments without lighting or props. Even more exciting was shooting on film and developing in the darkroom.” 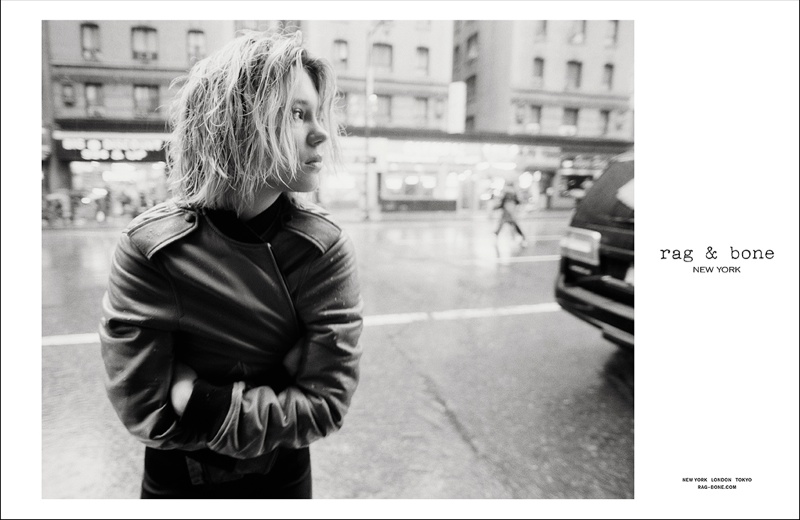 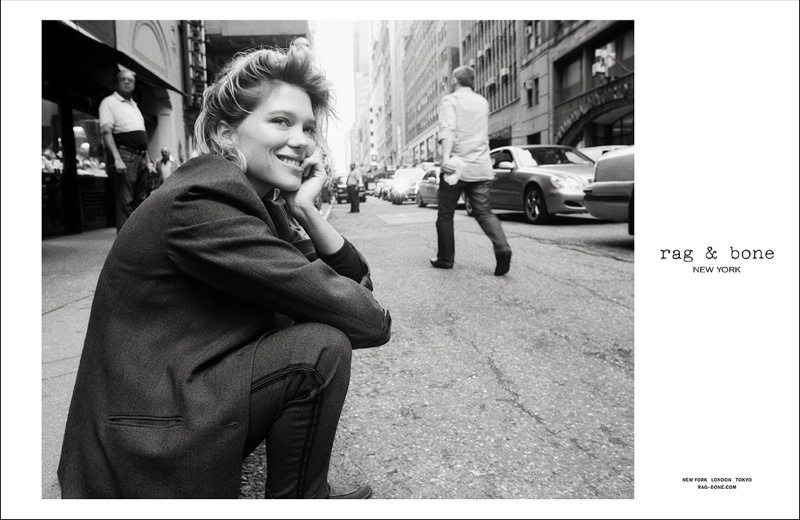