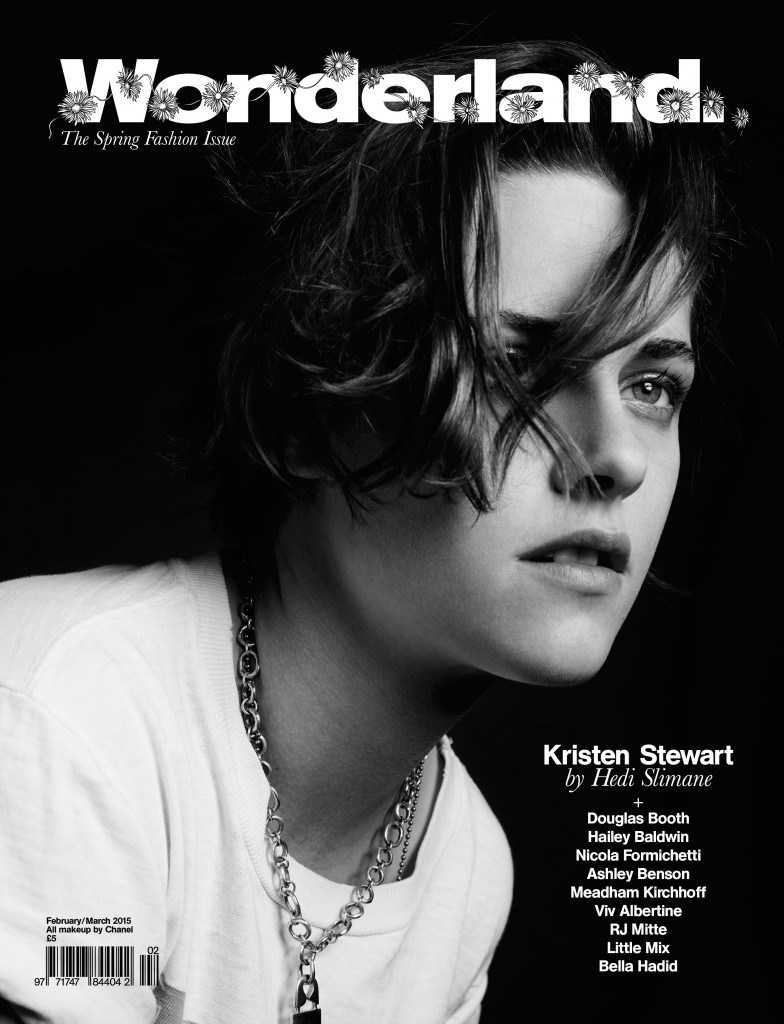 The spring 2015 issue of Wonderland hits newsstands next week, and on the cover is none other than actress Kristen Stewart. Recently announced as the face of Chanel’s spring handbag advertisements, the “Still Alice” stars rocks a short, boyish haircut in the black and white image captured by Hedi Slimane. The new issue will also include Bella Hadid, Hailey Baldwin and Ashley Benson.