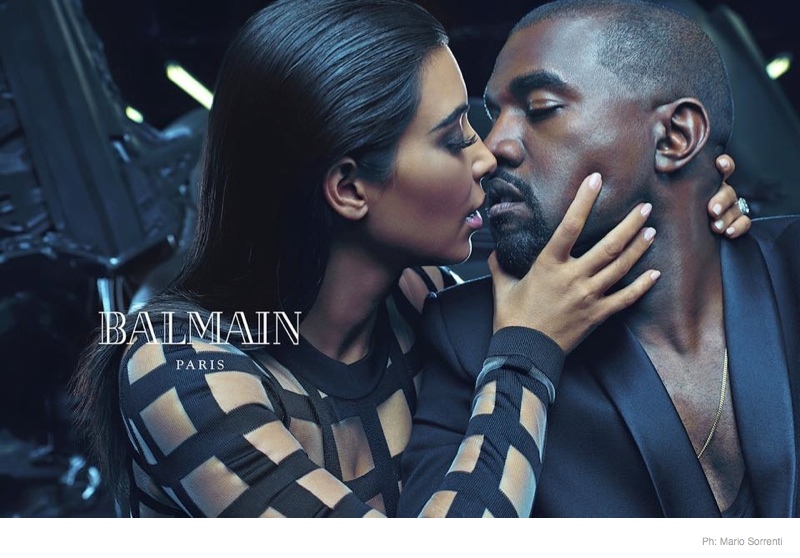 Just when we thought that Balmain’s spring-summer 2015 campaign would be Kardashian/Jenner free, the label revealed its menswear advertisements starring Kanye West and his wife Kim Kardashian. The two, who controversially appeared on the cover of Vogue together, get close and cozy in the images photographed by Mario Sorrenti, who also captured the womenswear ads with the likes of Adriana Lima and Rosie Huntington-Whiteley. 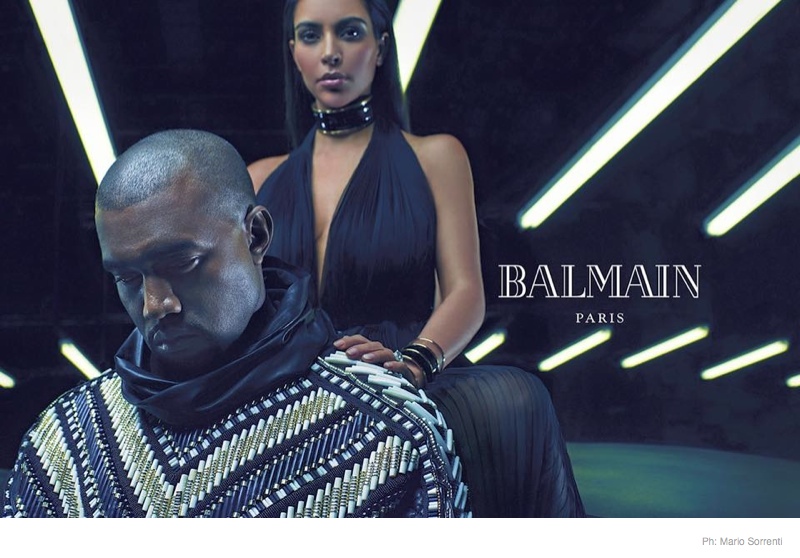 Balmain creative director Olivier Rousteing says about the Kimye photographs: “For this Menswear campaign, I wanted to capture a moment of love. Kim and Kanye are style icons and friends. It is an honor to have them in this Balmain campaign. Together, they represent love, beauty and diversity—they are the new modernity. This is more than a campaign, it expresses something beyond clothes—it is a celebration of love and friendship. This is a new statement for Balmain.” 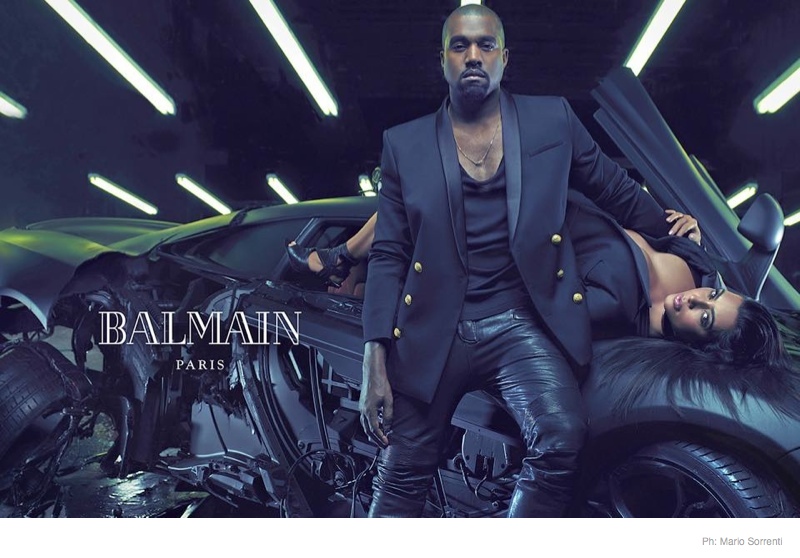 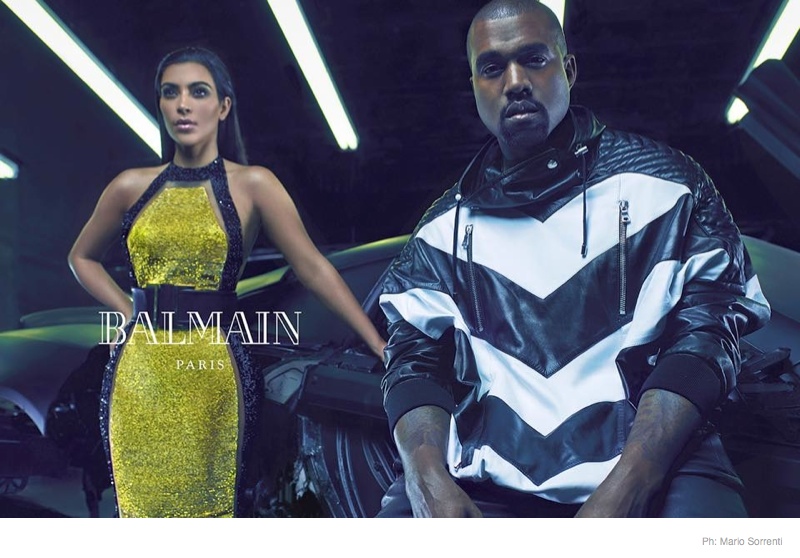