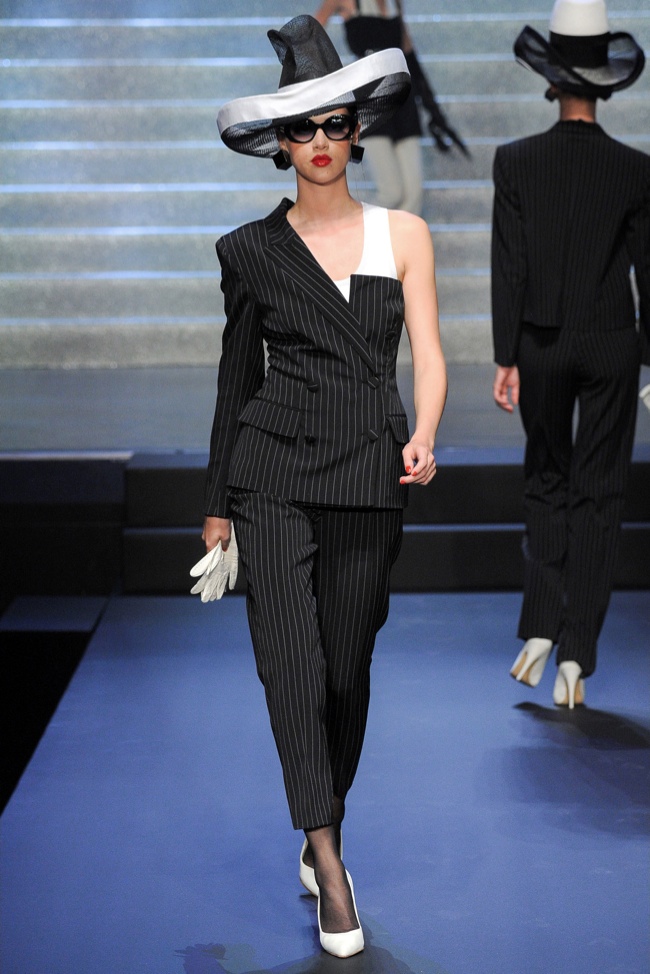 Jean Paul Gaultier Spring 2015–Saying goodbye to ready-to-wear with his spring-summer 2015 collection, Jean Paul Gaultier put on a show which featured the theme of a beauty pageant. With categories ranging from “Miss Footballer’s Wife” where models strutted down the runway with cell phones taking selfies to “Miss Fashion Editor” where models served as doppelgangers to editors like Carine Roitfeld, Suzy Menkes and Grace Coddington; it was a flamboyant spectacle that one would expect associated with the Gaultier name.

The designer offered up reworked versions of his greatest hits such as 80s-inspired corset looks, tailored suiting (sometimes with only one half of a jacket) and bold colorful stripes. Gaultier says he is ending his ready-to-wear line to focus on his fragrance and haute couture collection, but with a nearly forty year run–it will certainly be missed.