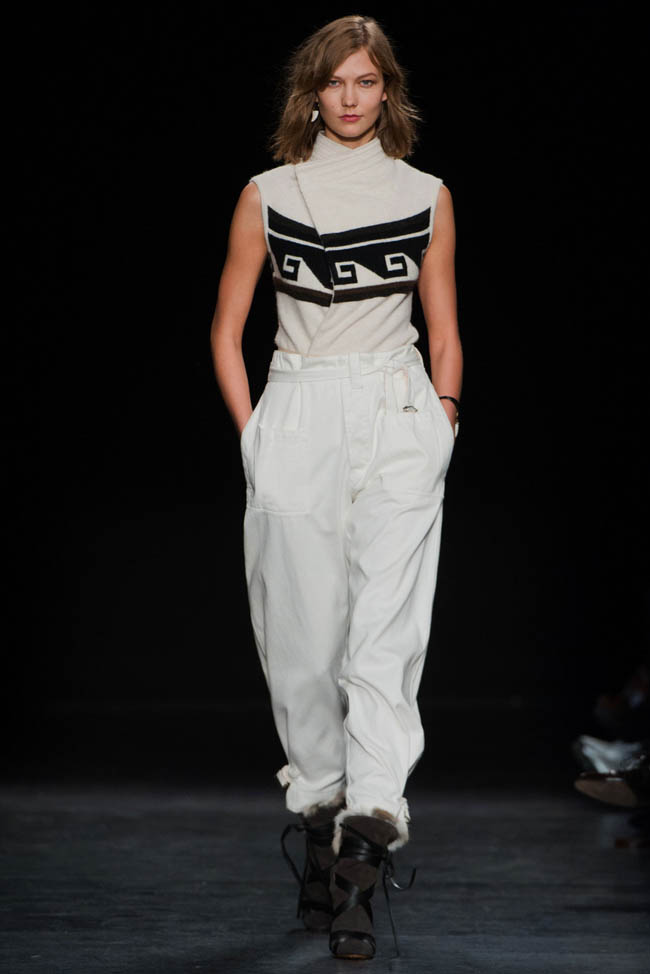 Isabel Marant Fall 2014–French designer Isabel Marant brought a new approach to her eponymous label’s fall-winter 2014 collection presented during Paris Fashion Week. The formerly bohemian girl was given a somewhat mannish makeover with an outing of oversized and slouchy trousers, jackets with bulky exaggerated shoulders and grungy plaid prints. Despite the tomboyish appeal, the Marant woman kept a feminine touch in the form of sequin-embellished sweaters and skirts, unexpected ruffles and leather mini skirts. Boots are the shoe of choice–whether as a furry snow boot or a heeled ankle boot.