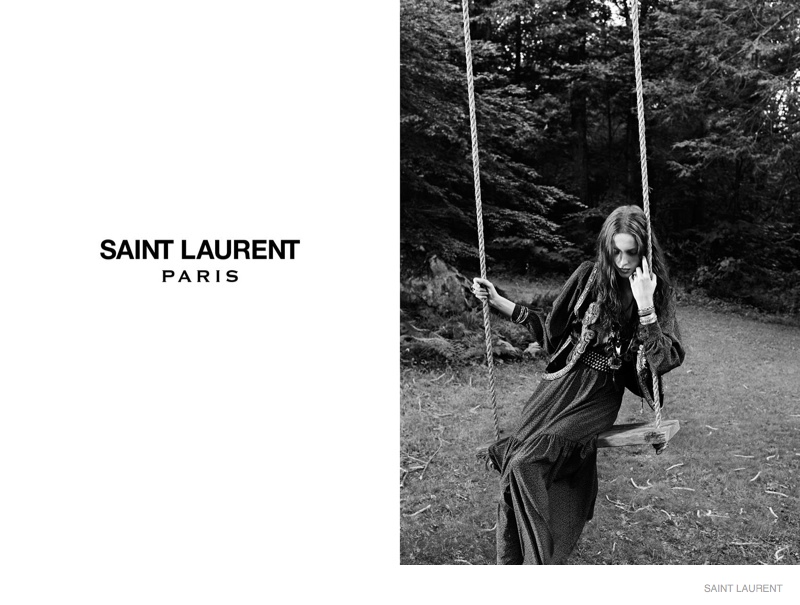 After Grace Hartzel starred in a shoot for Saint Laurent’s “Psych Rock” collection, creative director Hedi Slimane turned his attention to the outdoors with these photographs for the spring-summer 2015 season. The images feature boys who were discovered through a street casting and female models Harleth Kuusik and Madison Louise Stubbington. The black and white snaps were photographed outdoors in Connecticut with a 1970s vibe. 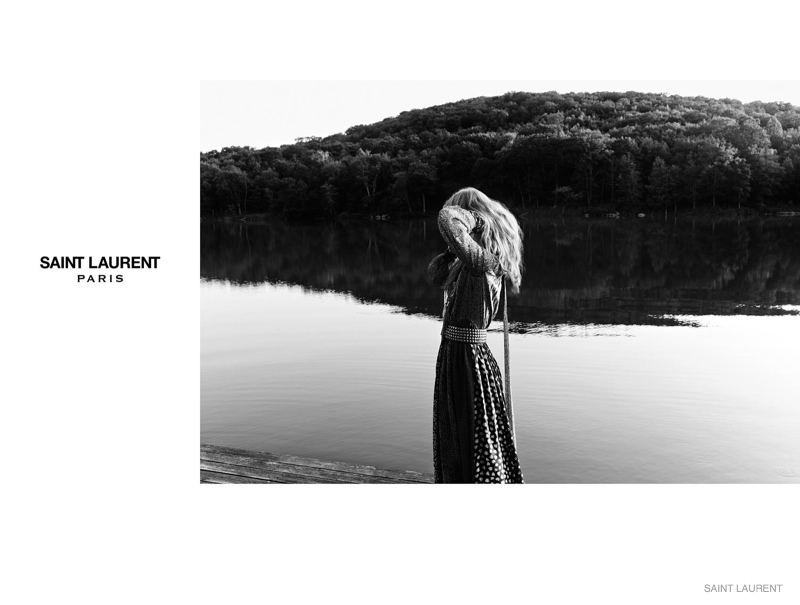 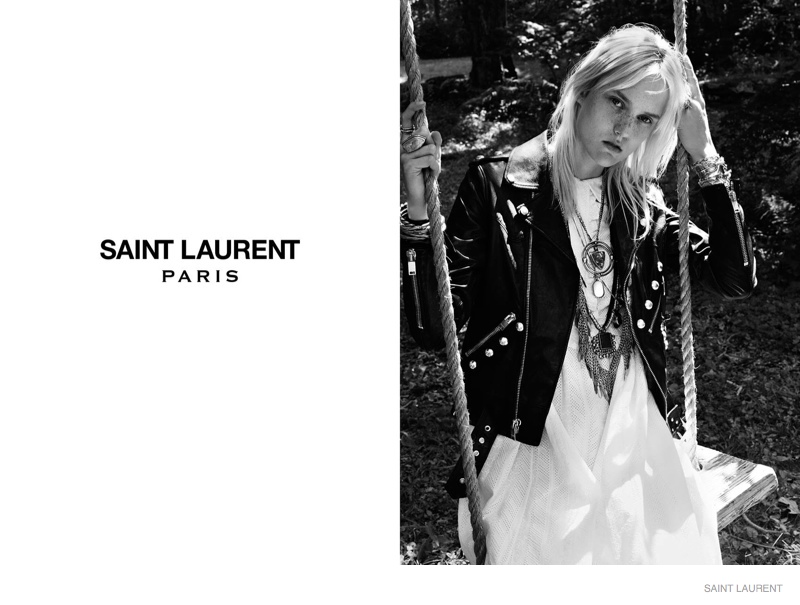 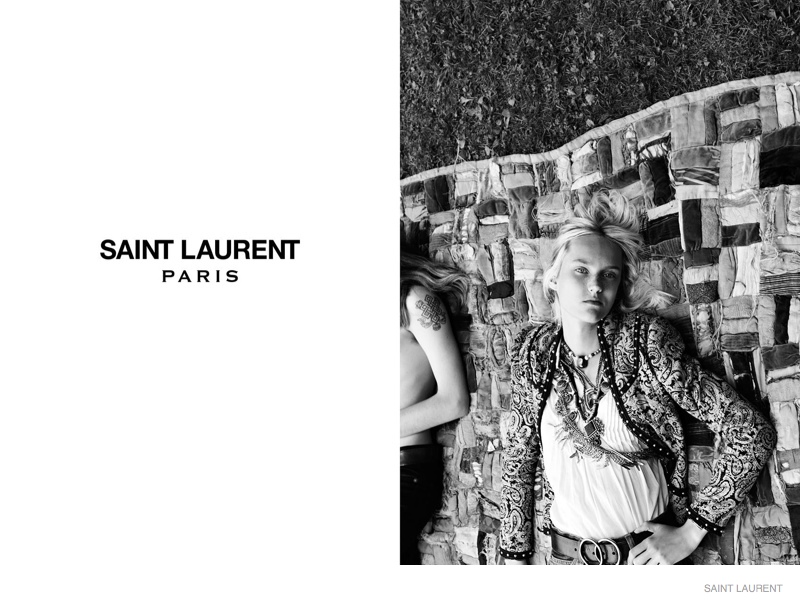 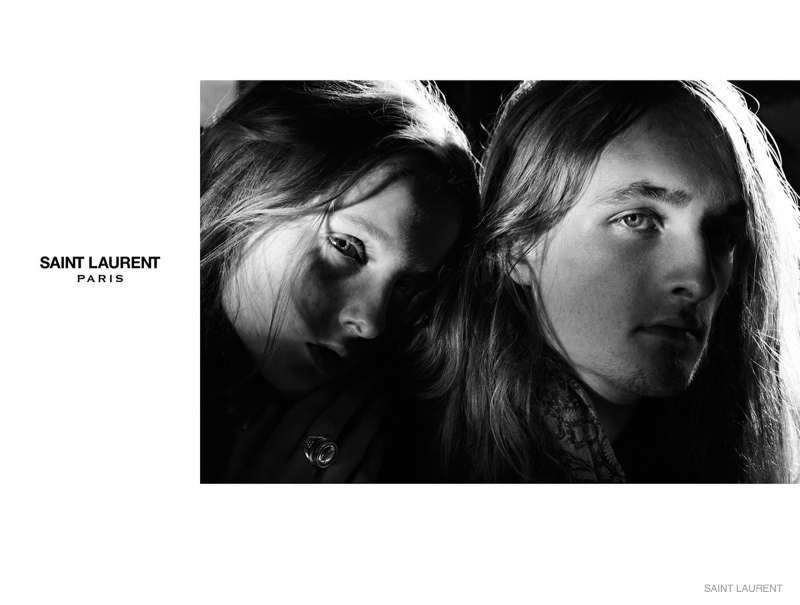