British model Georgia May Jagger is not too far behind her mother Jerry Hall’s famous footsteps. Besides the similar career choice, Georgia May will also star in Thierry Mugler’s latest “Angel” fragrance campaign reports WWD. Jerry Hall previously fronted the 1995 campaign for the scent. “My mother was a muse of Mugler and appeared regularly in his Paris runway shows. I have such wonderful memories of the fragrance and my mother’s involvement with the Mugler brand,” Jagger, who also appears in Thomas Sabo’s spring campaign, tells the news site. “It’s very special to me to be following in my mother’s footsteps.” Look out for Georgia May’s print and tv ads this summer. 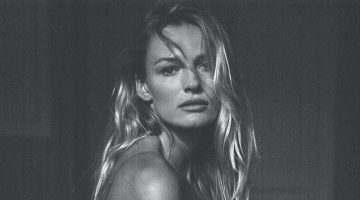