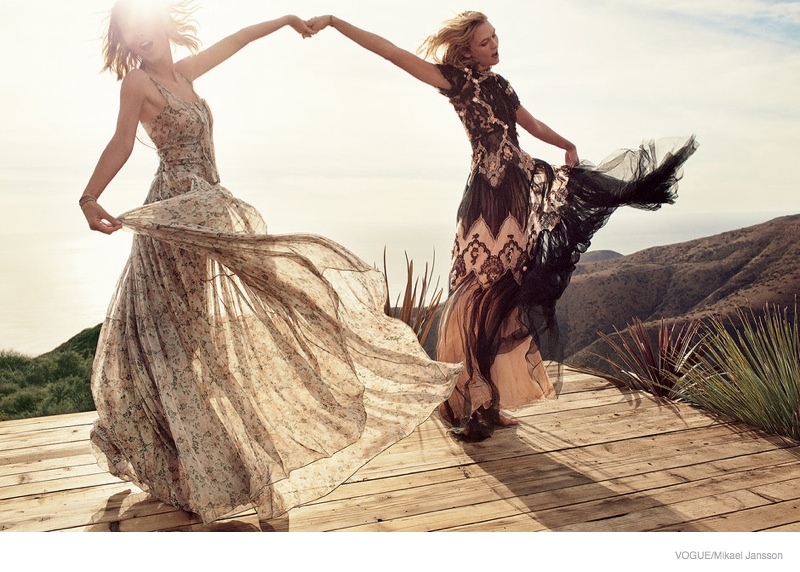 It looks like the rumors were true! Vogue US has just released its March 2015 cover and its stars none other than best friends Taylor Swift and Karlie Kloss. The BFFs pose for Mikael Jansson in a road trip inspired photo shoot featuring selfies, open roads and pretty dresses. Taylor and Karlie pose in designer looks from the likes of Donna Karan, Bottega Veneta and Oscar de la Renta.

See more images of the shoot below and view the rest on Vogue.com. 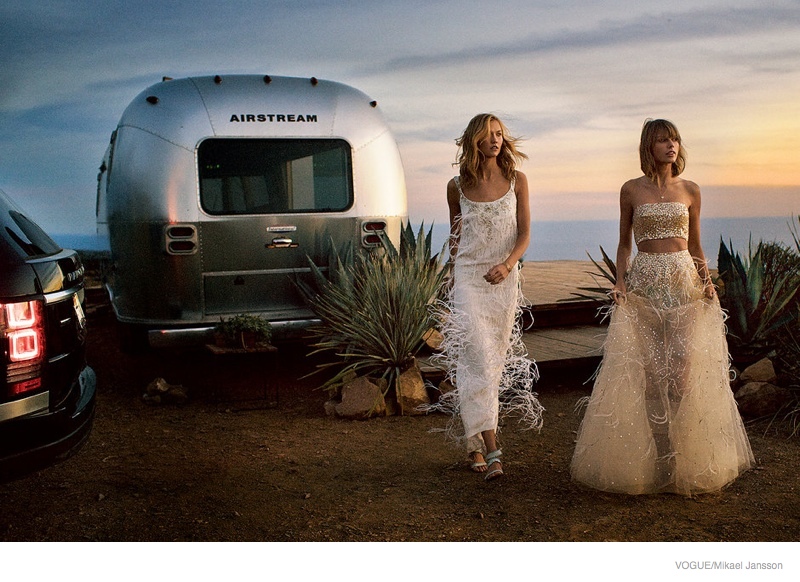 In her interview, Taylor opens up about staying away from dating after the media frenzy around her love life. “I just decided I wasn’t willing to provide them that kind of entertainment anymore,” she says. “I wasn’t going to go out on dates and have them be allowed to take pictures and say whatever they wanted about our body language. I wasn’t going to sit next to somebody and flirt with them for five minutes, because I know the next day he’ll be rumored to be my boyfriend. I just kind of took the narrative back.” 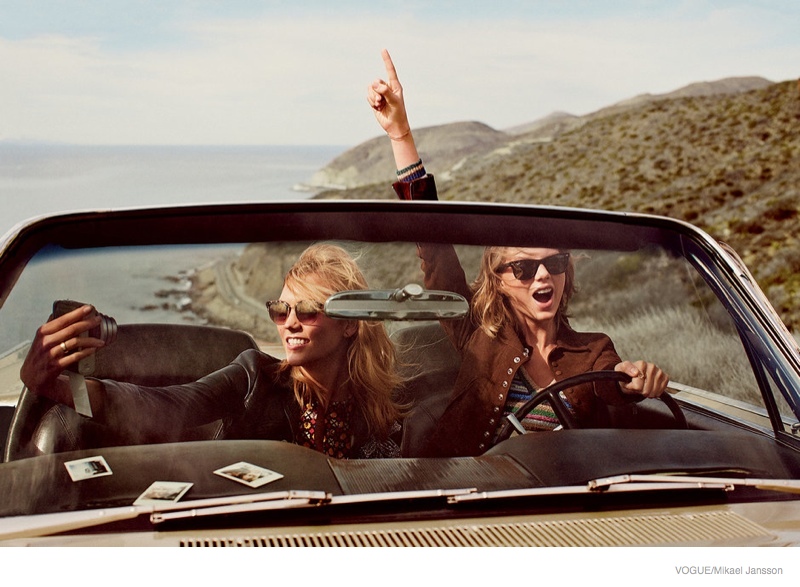 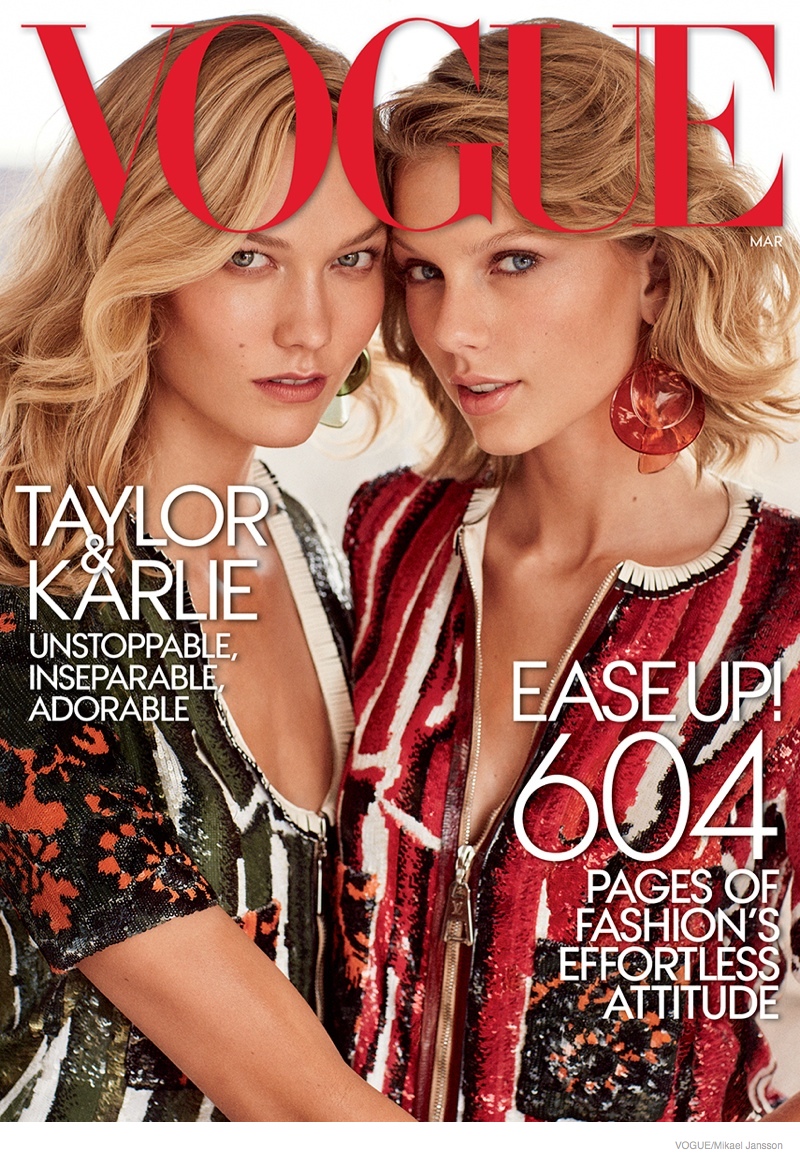