The spring-summer 2015 advertising campaign from Givenchy stars none other than actress Julia Roberts. The A-list star forgoes her signature smile for a more serious look as she wears a menswear-inspired jacket and sheer shirt in the two images captured by Mert Alas and Marcus Piggott. “I decided to make her more intellectual, more serious, more pure,” Givenchy creative director Riccardo Tisci told WWD, who revealed the images. “It’s a different, fresh, new way to see Julia — really cool and urban, I think.” 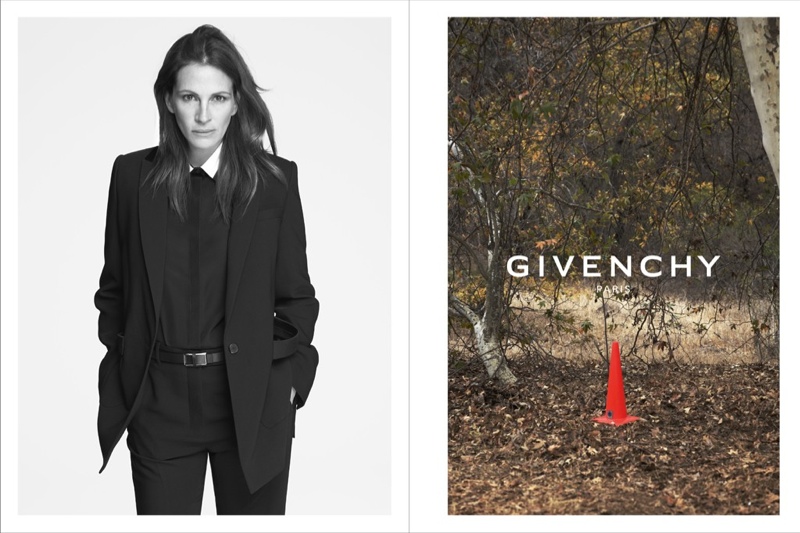