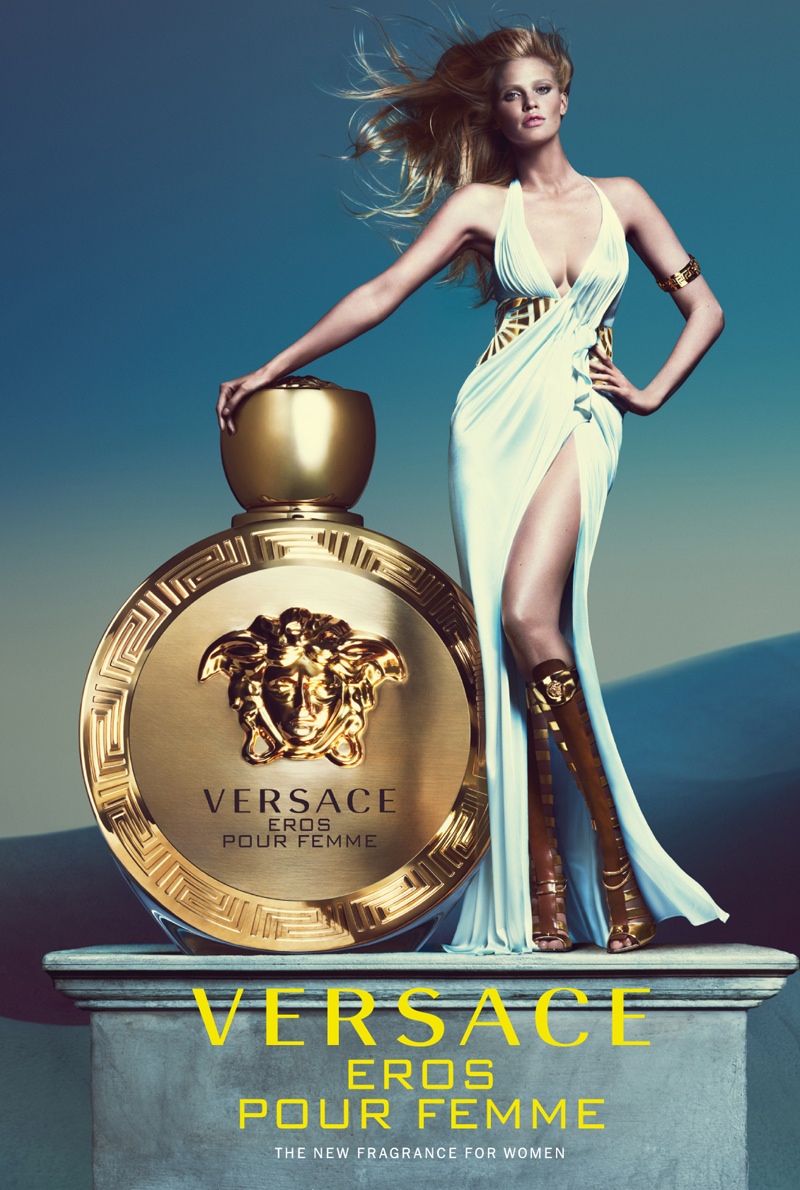 Versace Eros Pour Femme–Two years after launching the men’s edition of Eros, Versace has put a feminine twist to the scent with its “Eros Pour Femme”. The campaign image stars Lara Stone wearing a sexy draped dress in white with gold accents. Mert Alas and Marcus Pigott photographed the advertisement on location in Pinewood Studio in London. The fragrance is described as having lemon, jasmine, sandalwood and peony notes.