You are here: Home / Editorial / Emma Watson Lands Elle Cover, Talks Growing Up in the Spotlight 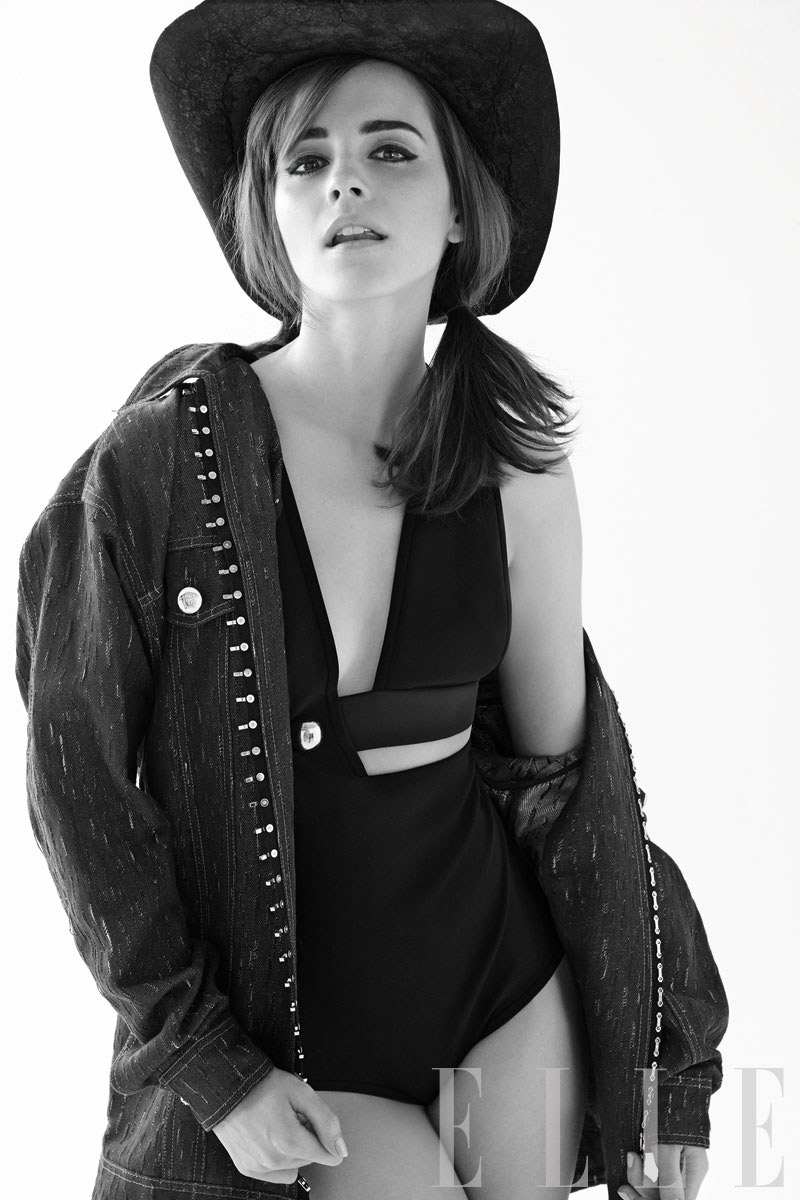 Emma on Elle–British actress Emma Watson covers the April 2014 edition of Elle US, looking casual cool in a denim on denim look from Balmain. For the new issue, Emma poses in a photo shoot lensed by Carter Smith where she sports relaxed styles. The starlet opens up to the magazine in an interview where she touches upon growing up in the spotlight, her new film “Noah” and having a life out of acting. See more on Elle.com.

Emma Watson on coming of age in the public eye:
“There are all these actresses who have emerged in the last year or two, and they get to emerge as this complete human being. And I’m so jealous!” 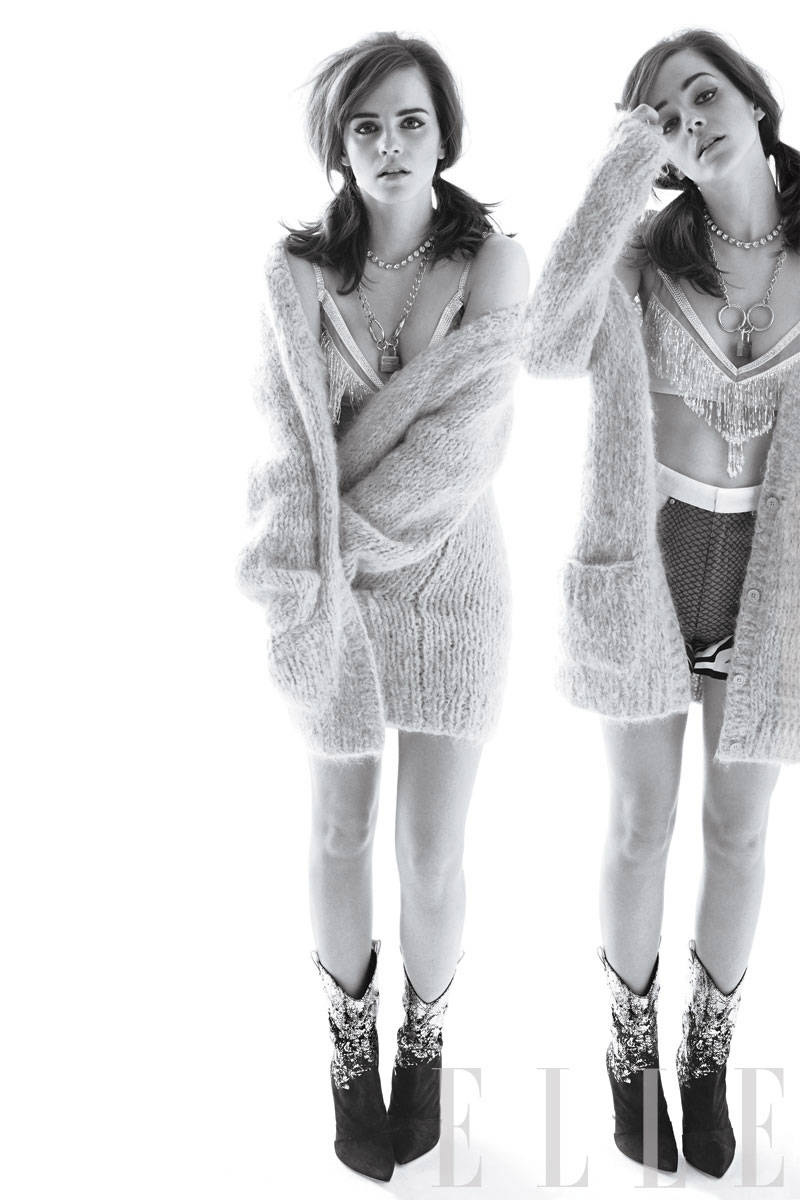 On the importance of having a life outside of her acting career: “I remember reading this thing that Elizabeth Taylor wrote. She had her first kiss in character. On a movie set. It really struck me. I don’t know how or why, but I had this sense that if I wasn’t really careful, that could be me. That my first kiss could be in somebody else’s clothes. And my experiences could all belong to someone else.” 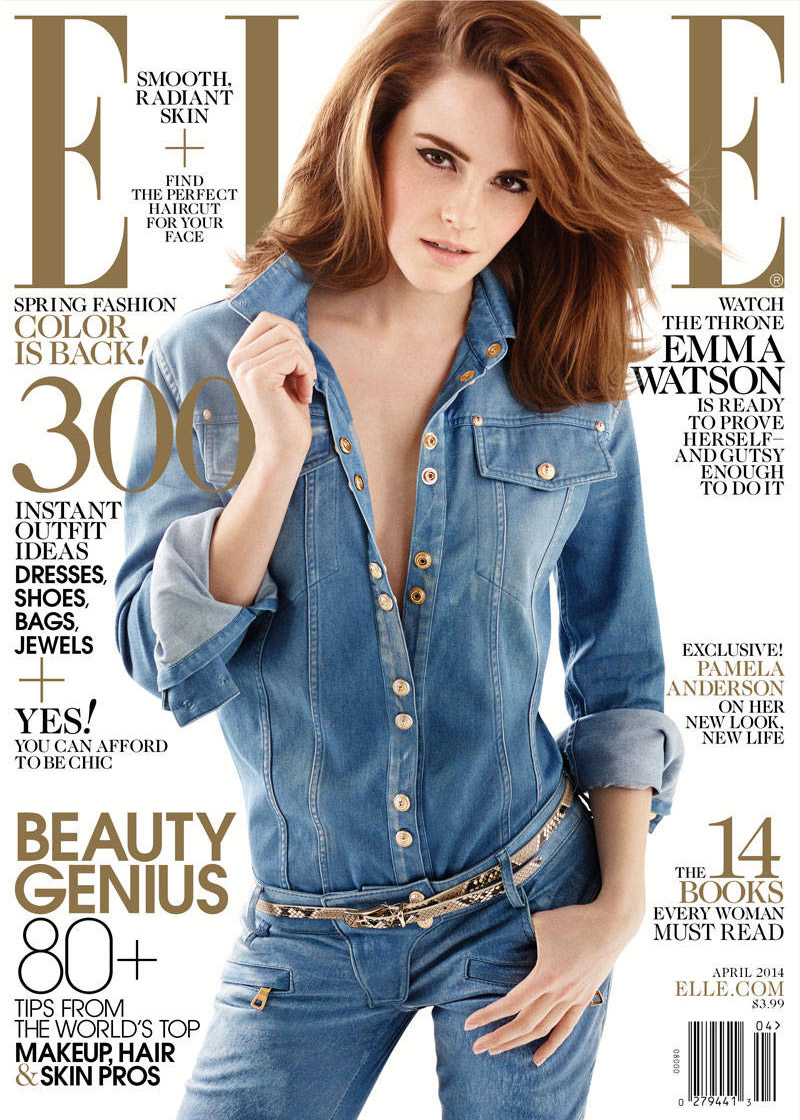 On Noah, Darren Aronofsky’s $125 million dollar blockbuster::
“It’s Shakespearean, what happens to this family when they’re put in this confined space for 40 days and 40 nights. It’s the end of the world – how these different human beings are dealing with the impact of that. Are humans good? Are we bad? All of these themes are epic.” 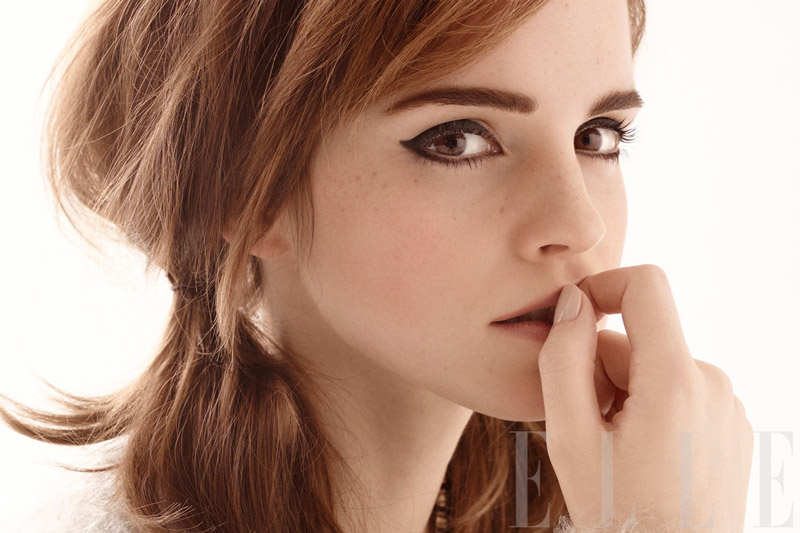