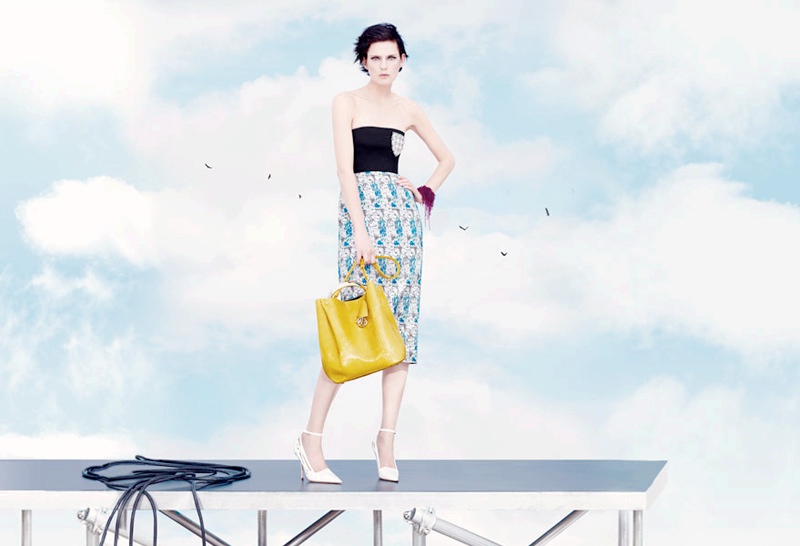 To the Sky – For its spring-summer 2014 campaign, Dior enlists a cast of leading faces including Stella Tennant, Edie Campbell, Elise Crombez (who also appeared in the brand’s fall ads) and Julia Nobis. Photographed by Willy Vandeperre, the women’s heads are in the clouds (quite literally!) as they pose on scaffolds against a backdrop of vibrant skies. Creative director Raf Simons’ colorful prints and sharp tailoring is on full display in the spring advertisements. 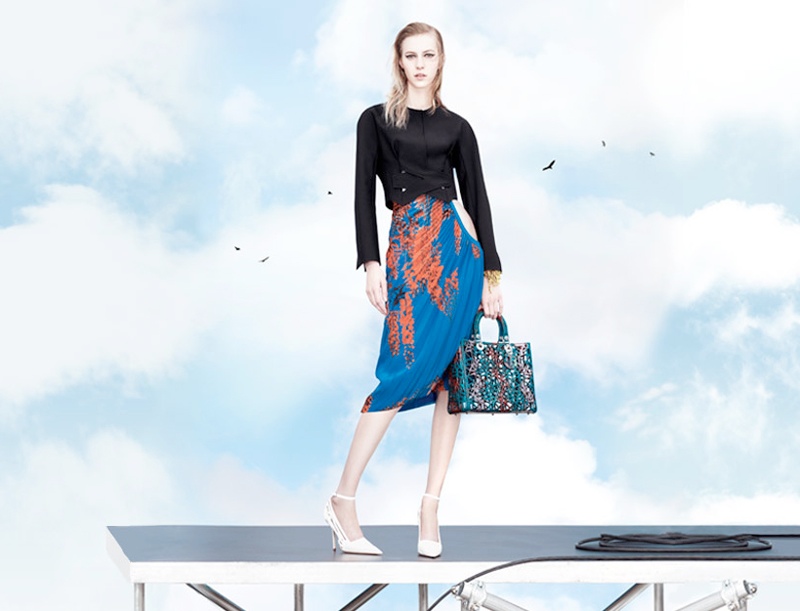 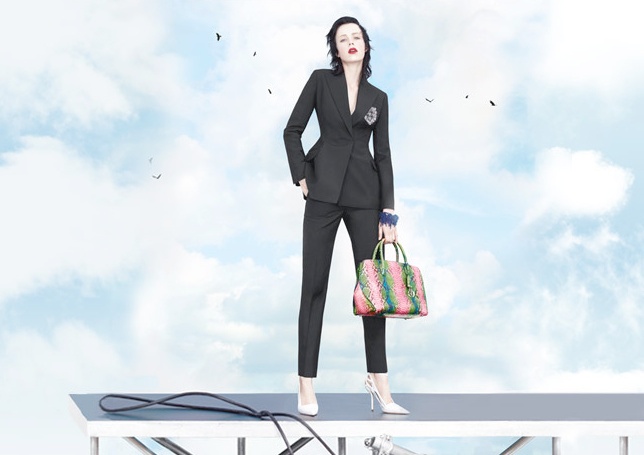 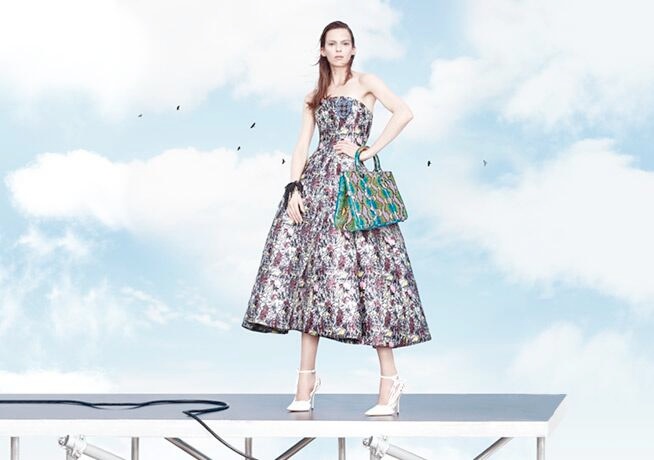 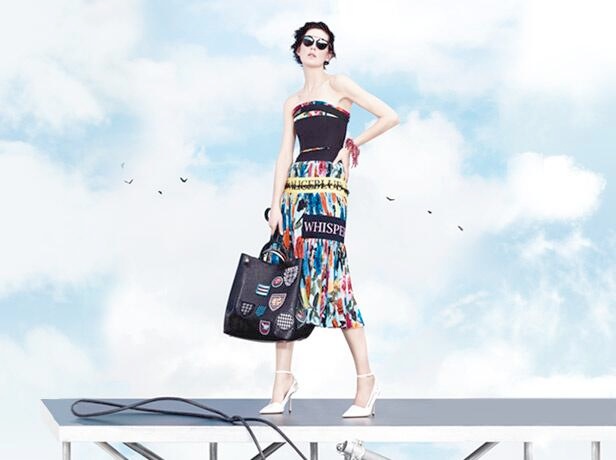 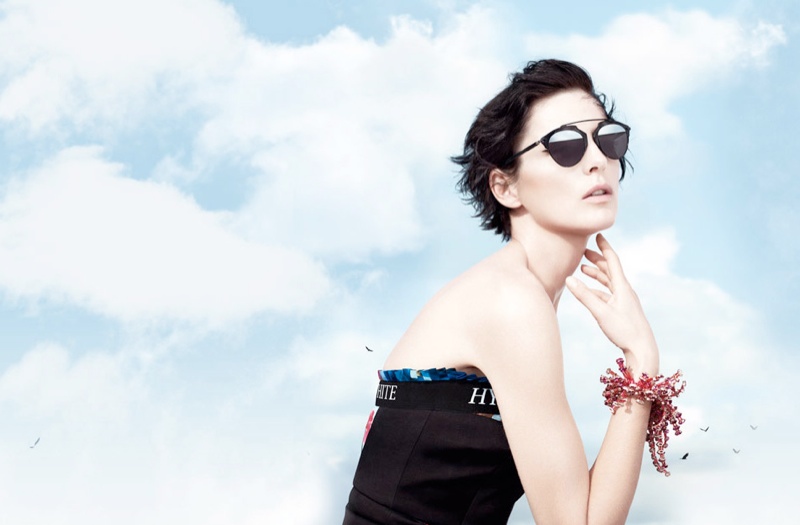