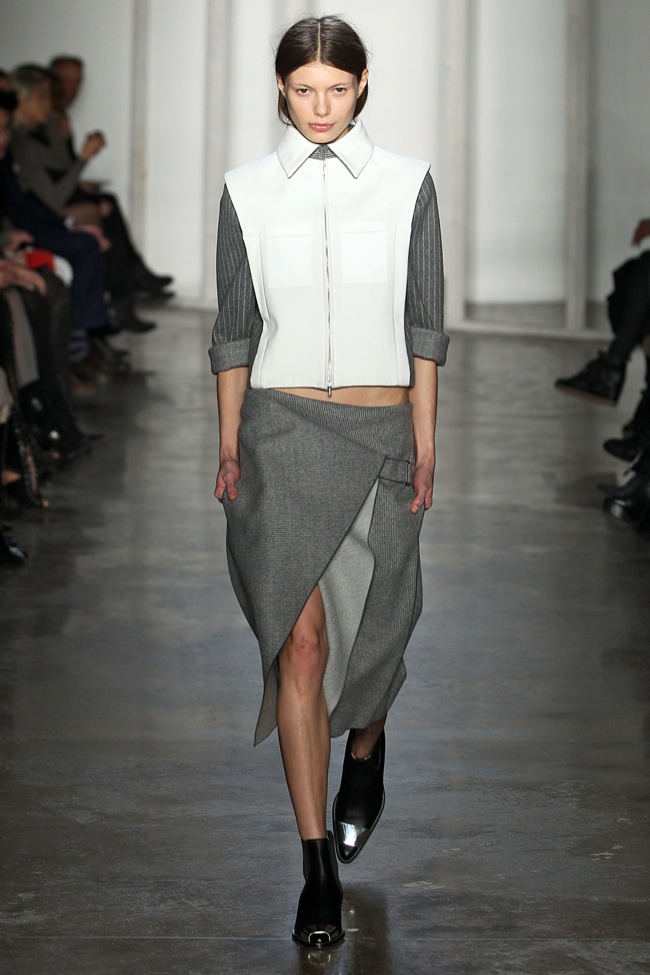 Dion Lee Fall 2014–Yesterday, Australian designer Dion Lee presented his second collection on the New York Fashion Week schedule for fall-winter 2014. The runway explored Lee’s roots with an outing based on Australia’s history featuring menswear inspired looks influenced by convicts’ uniforms (modern-day Australia was established as a penal colony in the 1700s). Boxy silhouettes gave way to the country’s beaches with surfer inspired body-conscious tops and dresses in a graphic mix of grey, white and black. Lee also explored Australia’s colorful wildlife with the inclusion of crocodile and snake-skin fabrics or motifs.