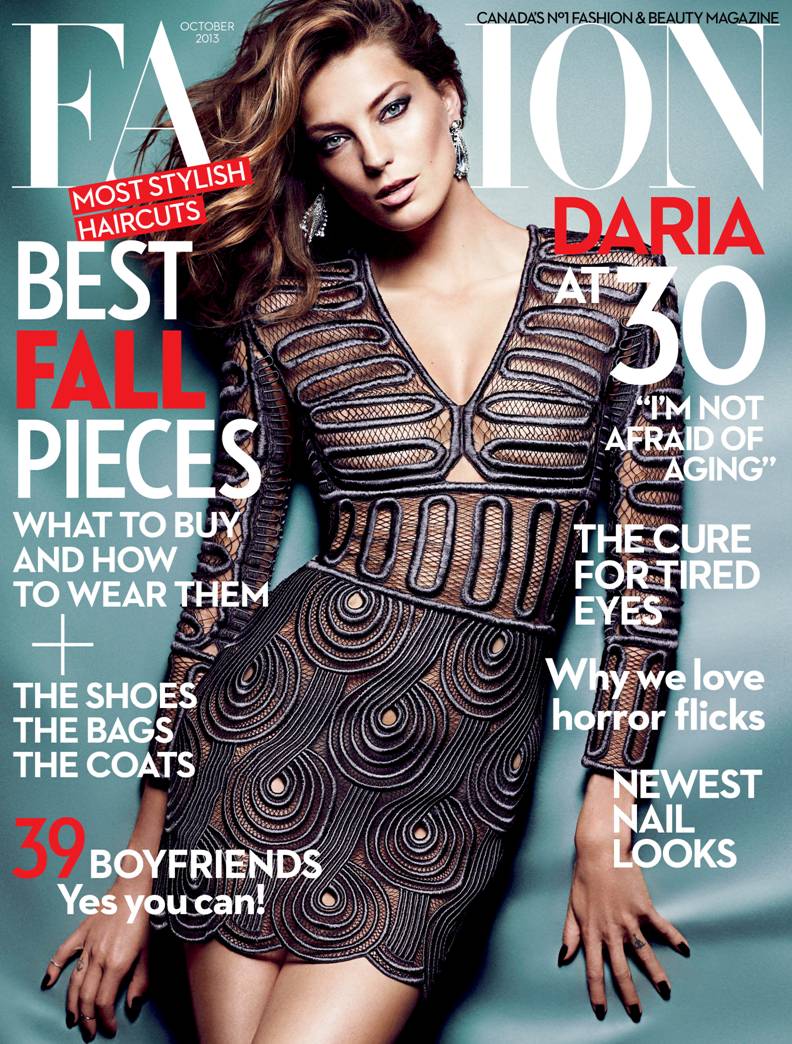 Daria on Fashion – Fashion Canada taps one of its own, top model Daria Werbowy, for the magazine’s October 2013 issue. The brunette stunner shines in an embroidered Christopher Kane dress with earrings by Tom Binns. Chris Nicholls photographed Daria while Zeina Esmail worked as the stylist for the shoot. This marks the Canadian model’s ninth cover for Fashion.

Inside the new issue, which hits stores in Canada on September 9th, Daria opens up about aging and turning thirty this November. Daria tells the magazine, “The biggest thing that I’ve learned is to stop fighting yourself, instead of obsessing about little things that don’t make you happy, start accepting them as gifts. The minute I gave up and stopped trying to force things, I became happier.”