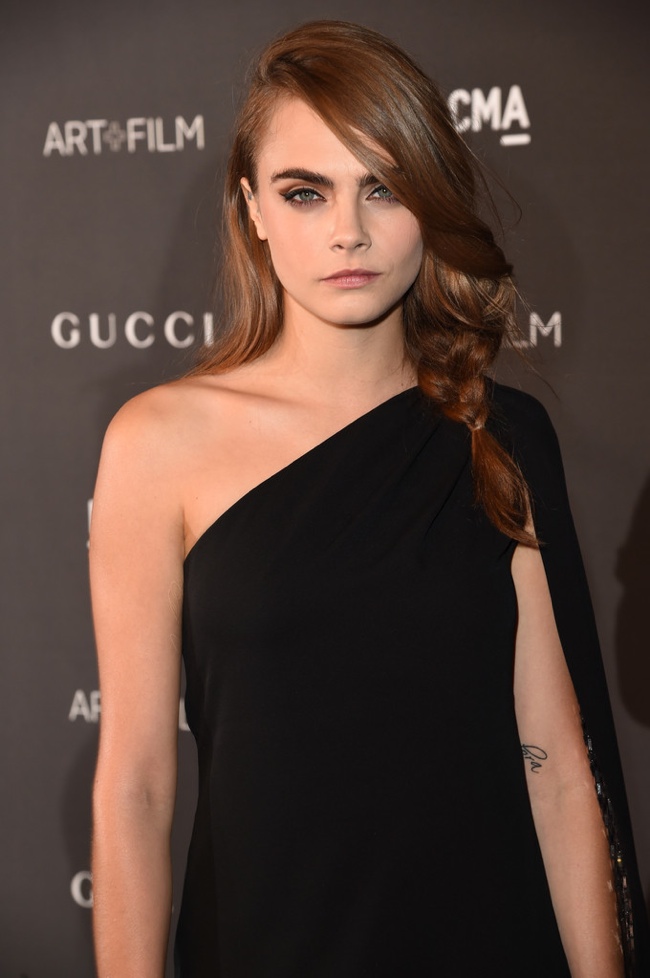 Cara’s New ‘Do–Spotted at the 2014 LACMA Art + Film Gala presented by Gucci last night in Los Angeles, California, Cara Delevingne debuted a new light brown hairdo on the red carpet. Presumably, the new tresses are for her role in the young adult novel turned film “Paper Towns” where she will play the lead role of Margo. Cara paired her new hair color with a long draped gown featuring a high slit. Cara’s not the only model to go brunette recently, Suki Waterhouse did the same in late September.