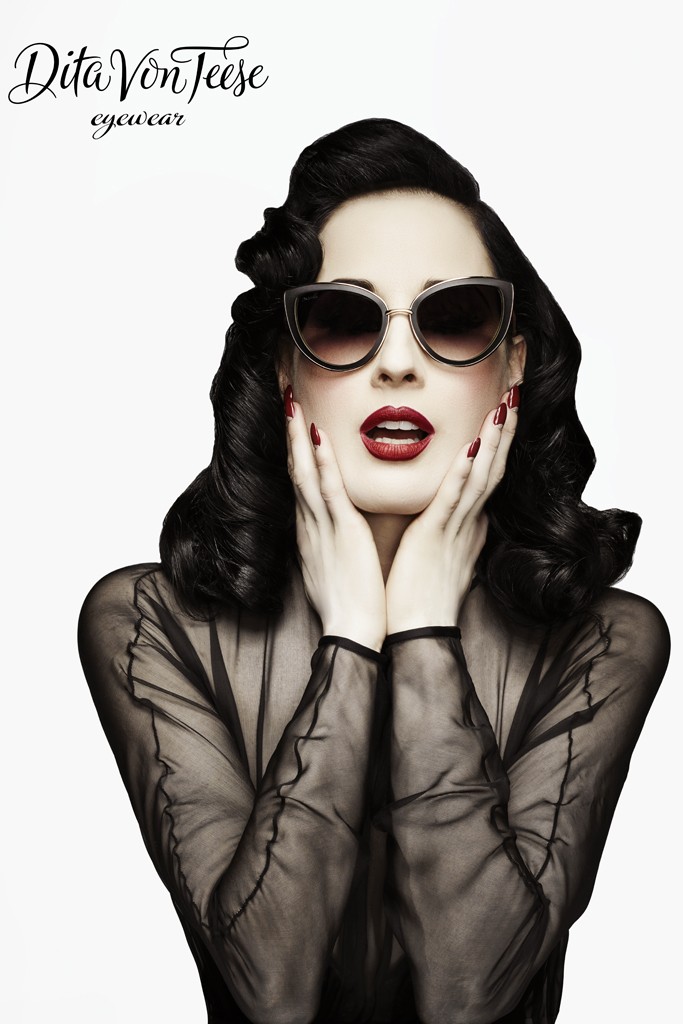 Dita’s Eyewear–Burlesque performer Dita Von Teese continues to build a name for herself in fashion. First, she teamed up with Bloomingdales for a line of lingerie and now, she is going after her own eyewear line. WWD released these images of the sultry brunette modeling looks from the collection made with Los Angeles-based eyewear maker DITA Inc. Von Teese also appeared in a campaign for the brand last year. Retailing between $235 and $285, the inspiration is said to be classic styles with a feminine touch. See Dita model the line below. 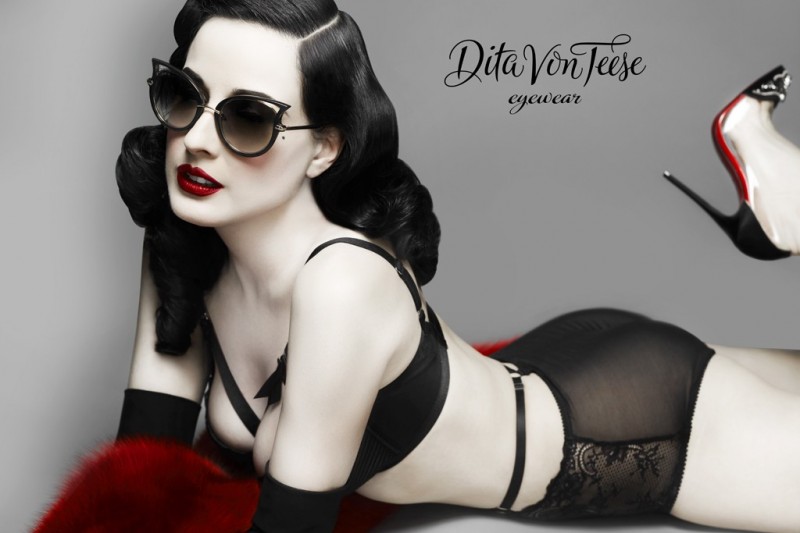