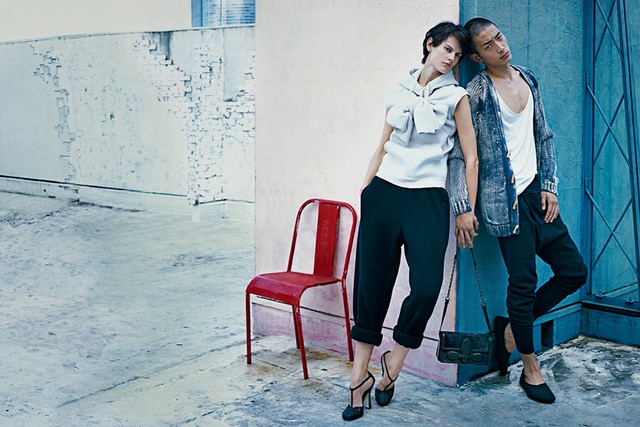 The latest photographer to shoot for Bottega Veneta is Japanese creative Nobuyoshi Araki who lensed the label’s spring-summer 2015 campaign. According to WWD, the advertisements were captured in Toyko, Japan, and feature Dutch model Saskia de Brauw alongside Sung Jin Park. The preview image shows the pair lounging against a wall in a washed out, urban setting.