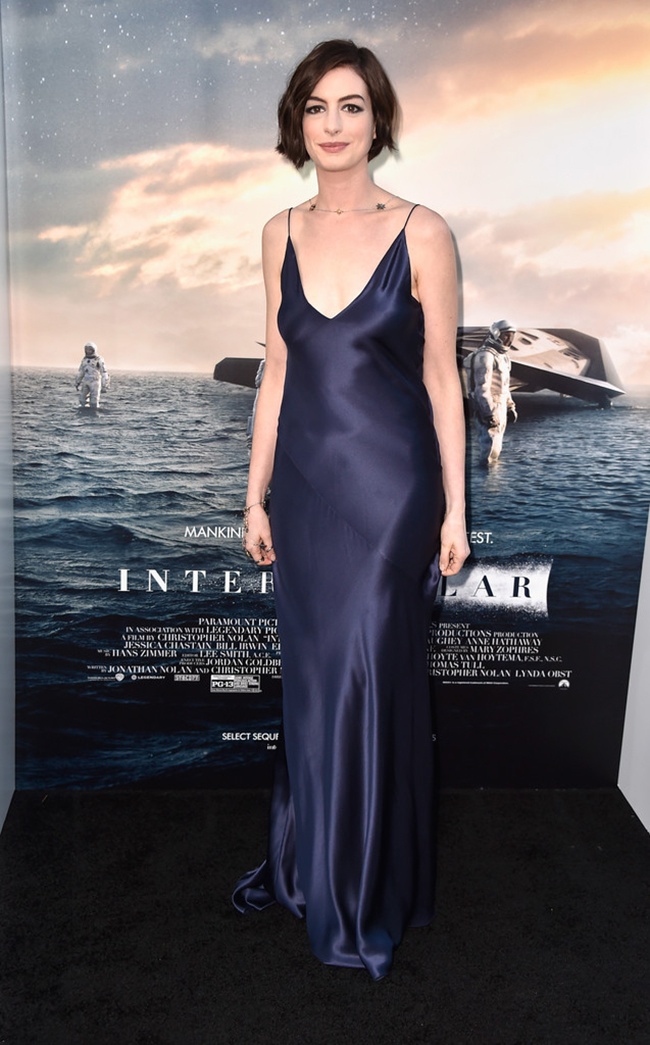 Anne in Richard Nicoll–Actress Anne Hathaway was spotted at the Los Angeles premiere of her new film “Interstellar” on October 26th, 2014. The brunette opted a for a Richard Nicoll slip dress made in a dark blue satin. Anne paired the look with James Banks jewelry. See Anne with her “Interstellar” cast mates in The Hollywood Reporter. 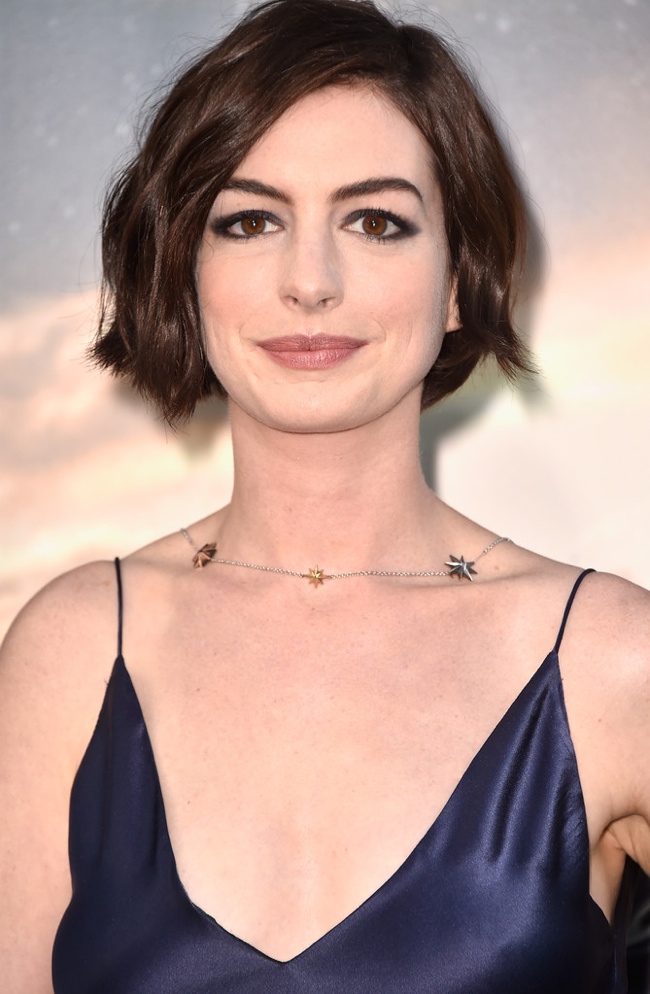