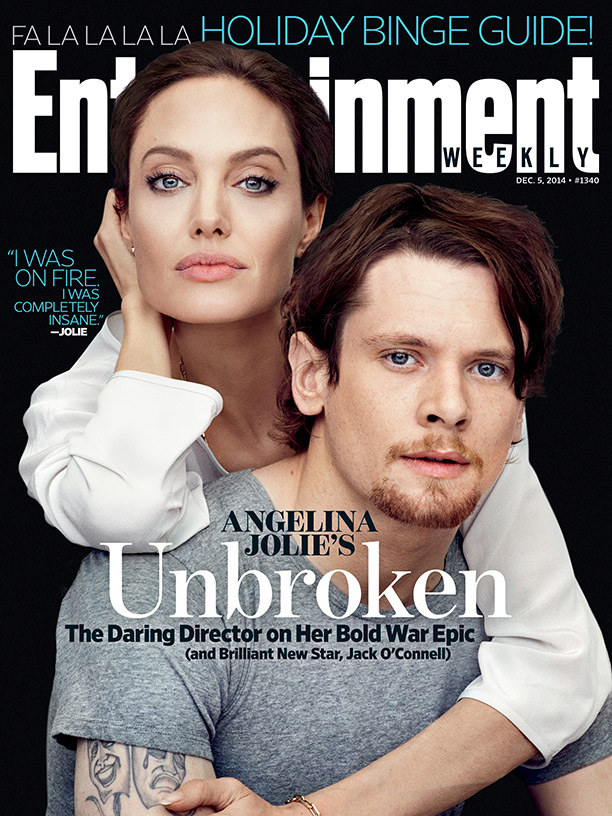 Looks like Angelina Jolie has been pretty busy with promotion for her “Unbroken” film which she directed. The dark-haired beauty holds on to Jack O’Connell who has a leading role in the film on the December 5th, 2014, cover of Entertainment Weekly. The image was captured by Alexei Hay, and follows up their DuJour shoot as well as one for Variety. “I didn’t know what I was up against when I was first getting into it,” Jolie says about her experience directing. “I had never done anything like it. I was up for the challenge, but I had so much to learn.”