You are here: Home / News / Adriana Lima Returns as the Face of Maybelline, Says it’s a “Dream Come True”

“It’s wonderful to be a part of the Maybelline New York brand again,” says Lima, who recently turned 33 in a statement. “I am proud to say that I am a Maybelline girl and I look forward to the work we will do together. The imagery is always beautiful and positive which is what I admire most about the brand. To be a part of that again is a dream come true!” Lima joins fellow spokesmodels Jourdan Dunn, Marloes Horst, Christy Turlington and Emily DiDonato in representing the global beauty giant. 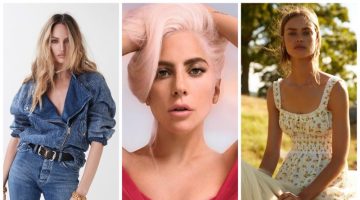