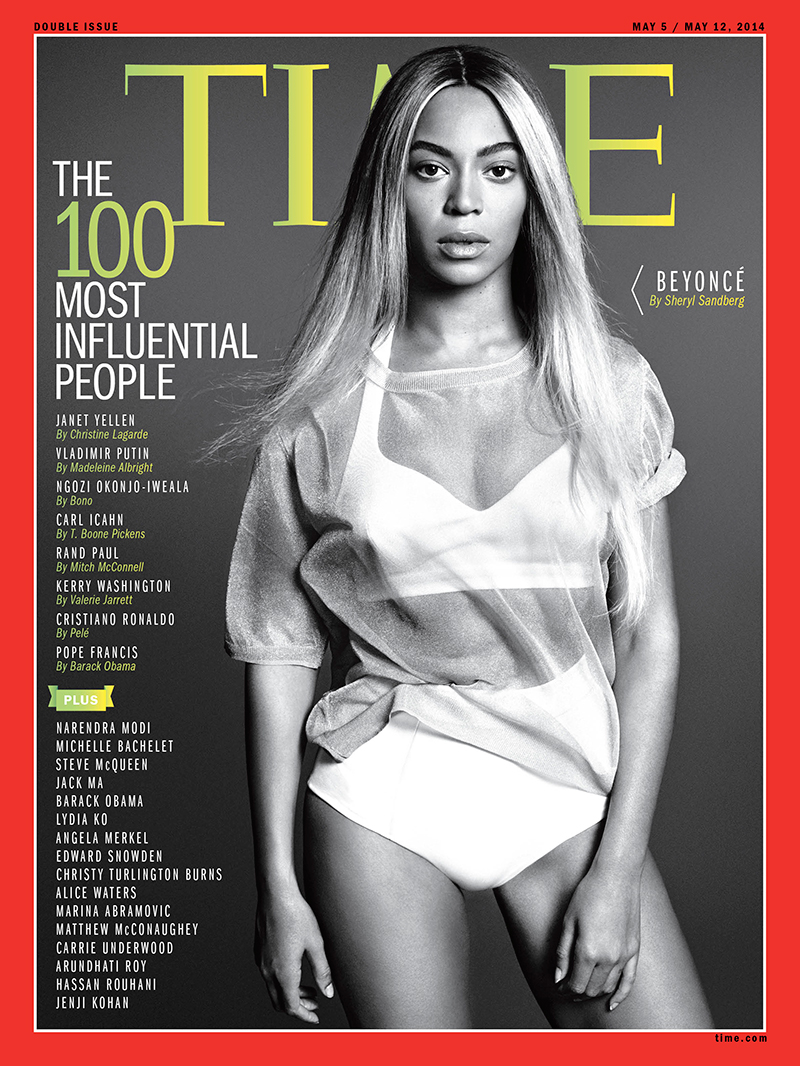 TIME Magazine has released its annual 100 Most Influential People in the World. And one of the issue’s covers features none other than pop superstar Beyonce. What makes her such an influence? Sheryl Sandberg writes, “Beyoncé doesn’t just sit at the table. She builds a better one…. Her secret: hard work, honesty and authenticity. And her answer to the question, What would you do if you weren’t afraid? appears to be ‘Watch me. I’m about to do it.’ Then she adds, ‘You can, too.'” After channeling Marilyn Monroe for Out Magazine, Beyonce poses in black and white on the cover image photographed by Paola Kudacki wearing a sporty look including a sheer top.

Among the list we also see some fashion names too like supermodel Christy Turlington, Net-a-Porter founder Natalie Massenet and Celine designer Phoebe Philo. See the full Time 100 List on Time.com. 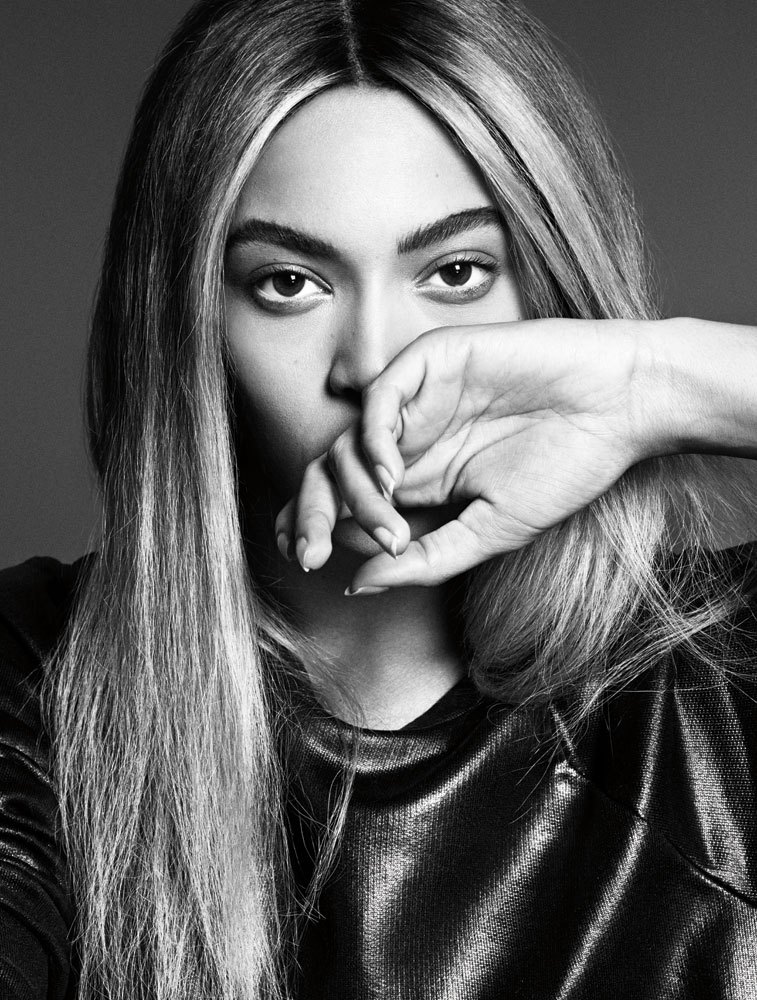