You are here: Home / Fashion / Campaign / Terry Richardson’s Arms Are Back for Valentino’s New Accessories Campaign 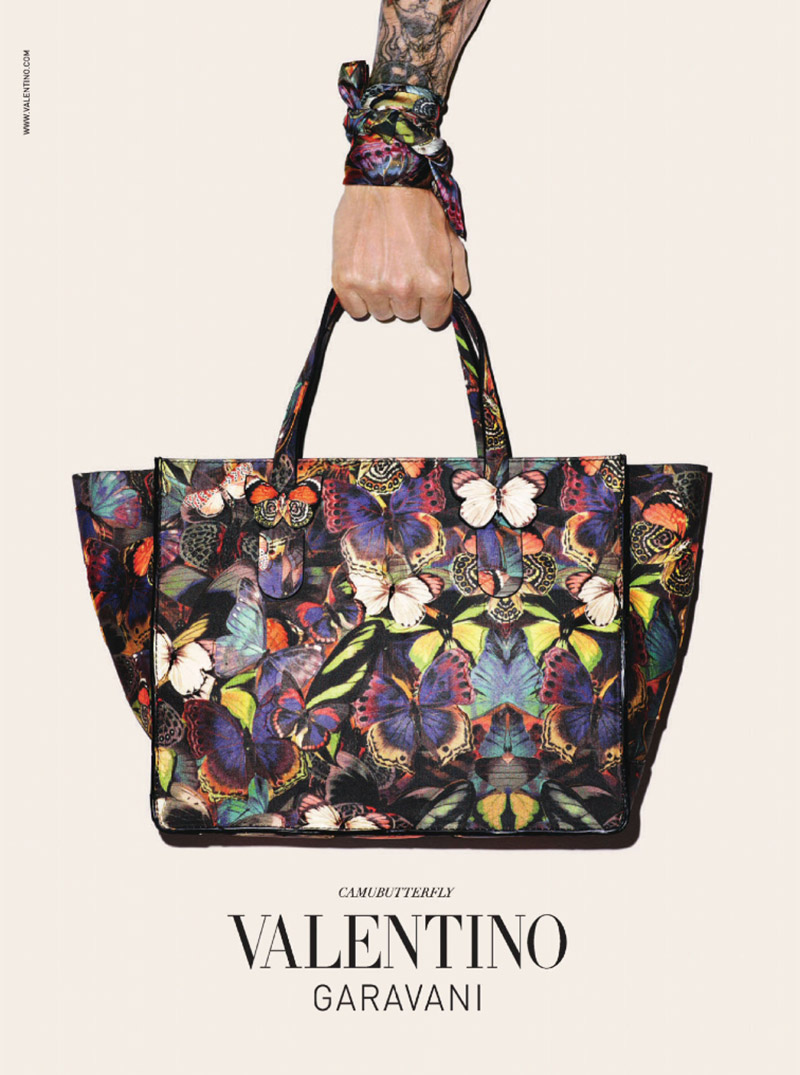 Richardson for Valentino, Part Two–Despite the recent controversy surrounding Terry Richardson, the American photographer is back for Valentino’s fall-winter 2014 accessories campaign spotlighting its Camubutterfly range. Previously, Richardson appeared in the fall 2013 and spring 2014 accessories ads. His tattoos juxtaposed with the Italian label’s feminine and butterfly adorned prints make for an interesting contrast to say the least. 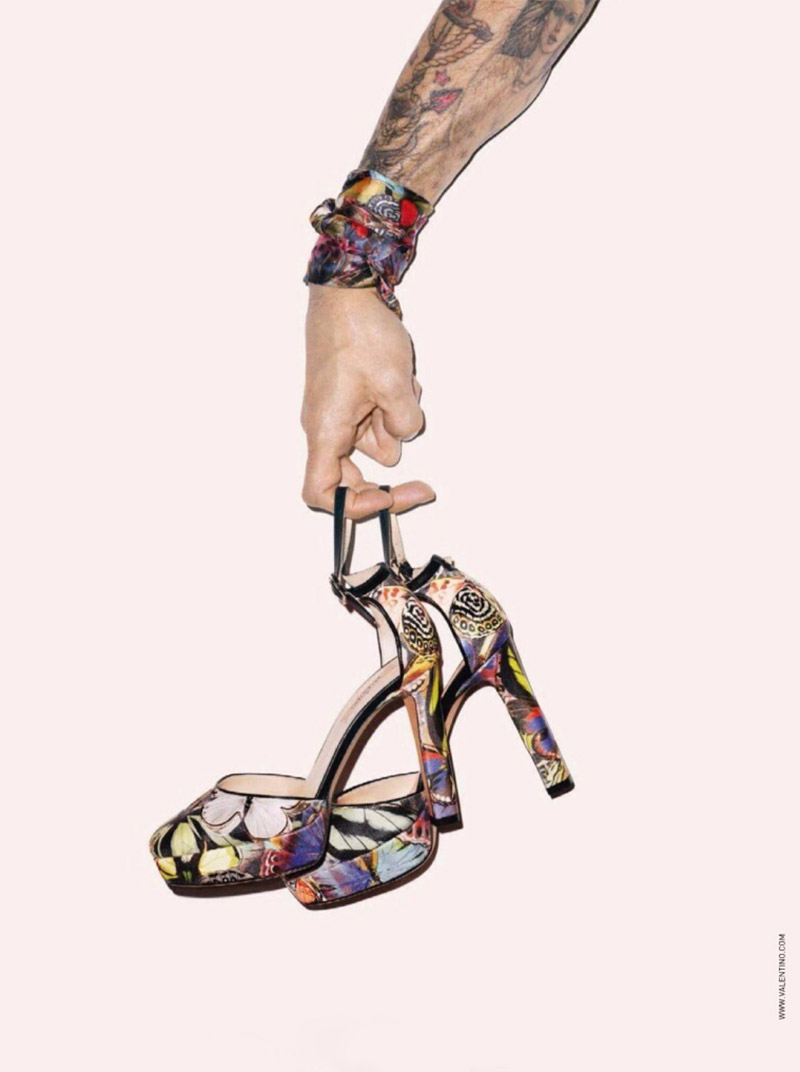