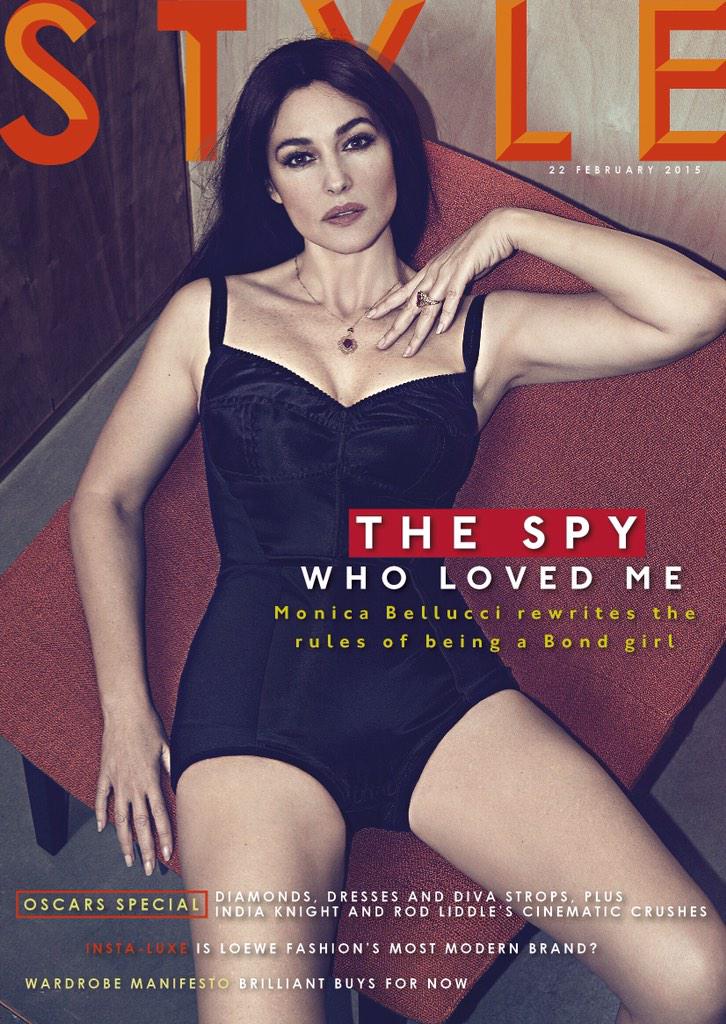 At 50 years old, Monica Bellucci will be the oldest James Bond girl in the upcoming ‘Spectre’ film where she stars alongside Daniel Craig. The Italian bombshell covers the February 22, 2015, issue of Sunday Times Style wearing a Dolce & Gabbana lingerie look in black and a sultry gaze. Previously, Monica has appeared in campaigns for Dolce & Gabbana–most recently for a lipstick advertisement in 2014.