You are here: Home / Celebrity / Shailene Woodley Stars on GQ’s “Men of the Year” Cover 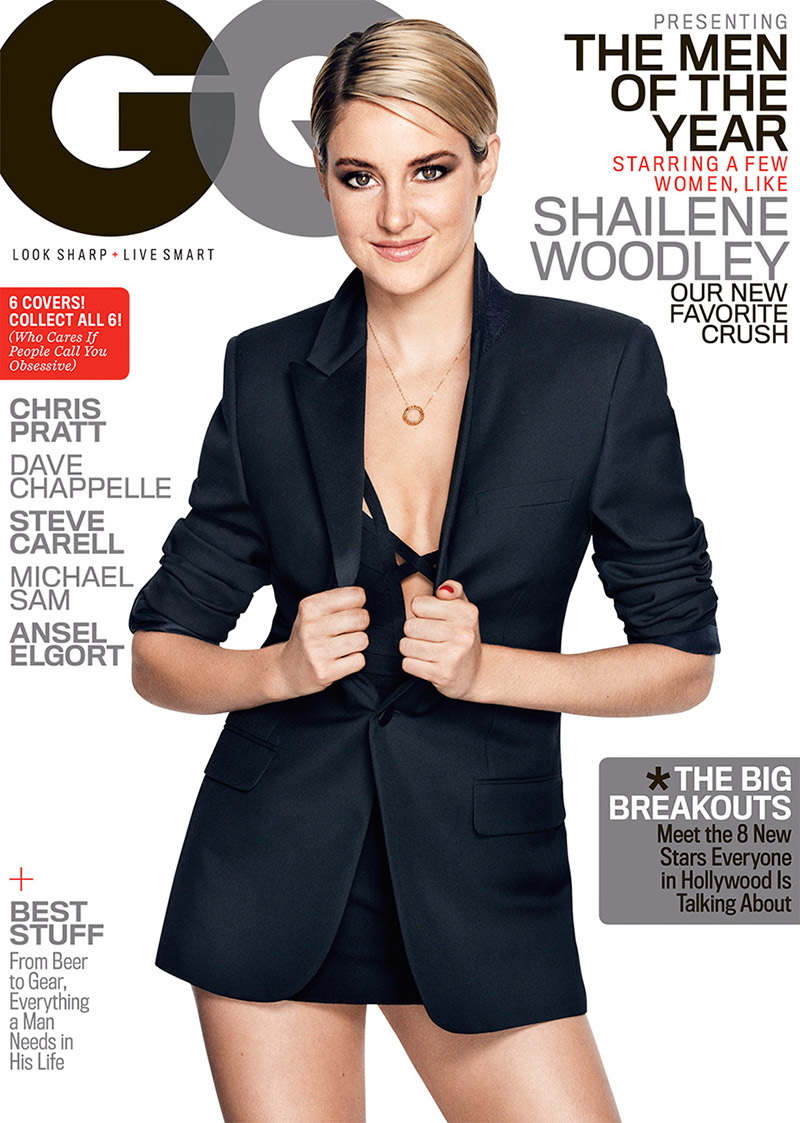 Shailene Covers GQ–Traditionally, the December 2014 covers from GQ feature the “Men of the Year”. But this year, the magazine has tapped “Divergent” star Shailene Woodley for a cover. The actress wears a suit jacket worn over a bra in the image photographed by Ben Watts. The covers also include Chris Patt, Steve Carell, Dave Chapelle and more stars. Check out all the images on GQ.com.

Related: Shailene Woodley Cozies Up with “The Fault in Our Stars” Co-Star for Entertainment Weekly