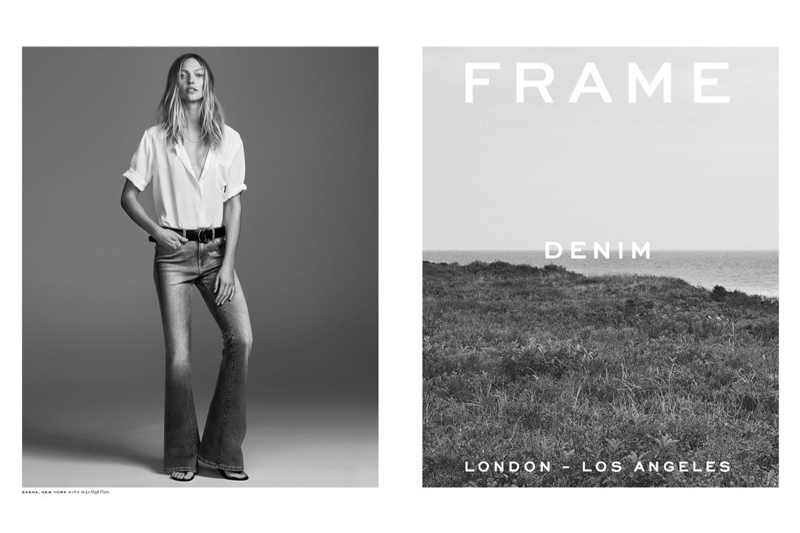 Following up her appearance in Balenciaga’s spring advertisements, Sasha Pivovarova lends her notable looks to the spring-summer 2015 campaign from Frame Denim. The jeans brand tapped Sasha for an all black and white shoot photographed by Erik Torstensson. According to WWD, the images were styled by George Cortina with hair by Didier Malige and makeup by Jeanine Lobell. Frame’s previous faces include Karlie Kloss and Erin Wasson. 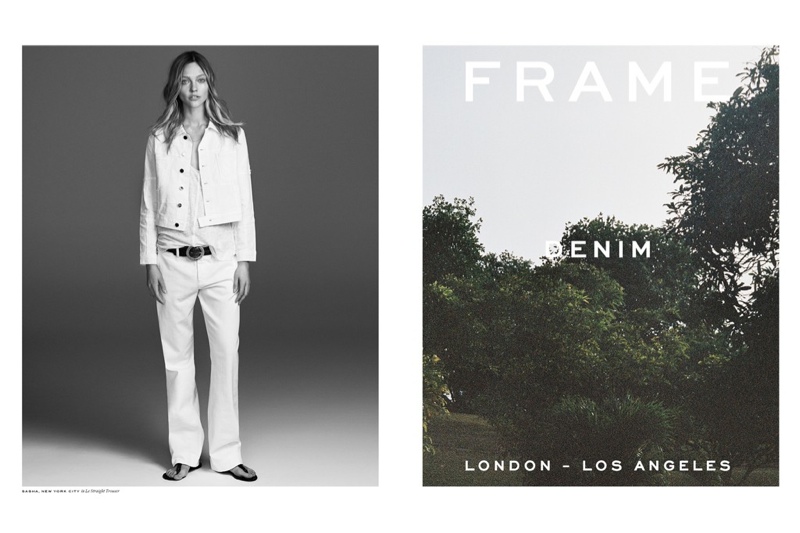 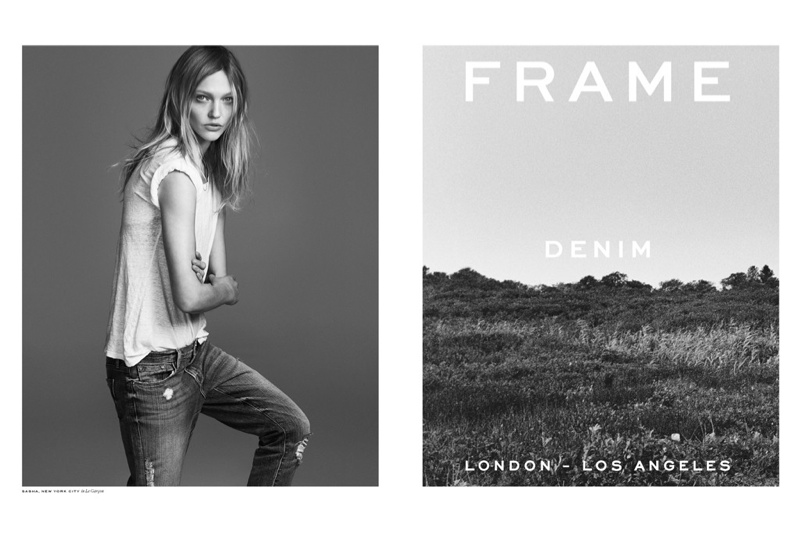 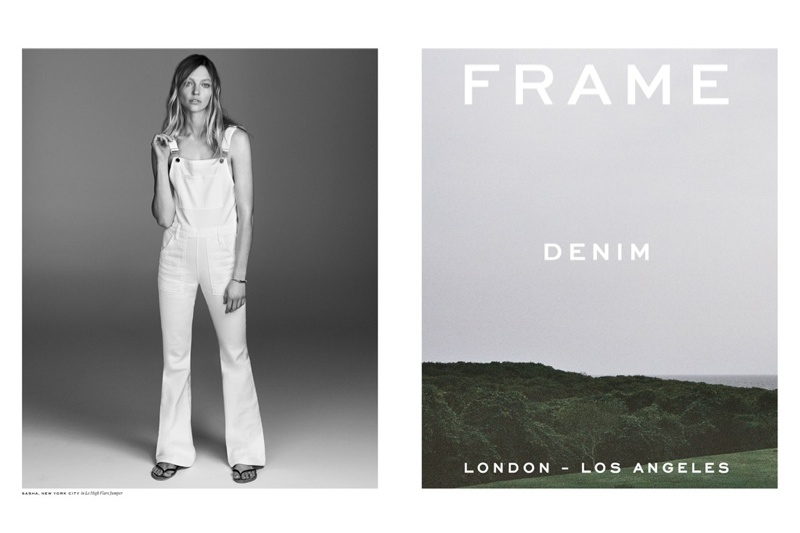 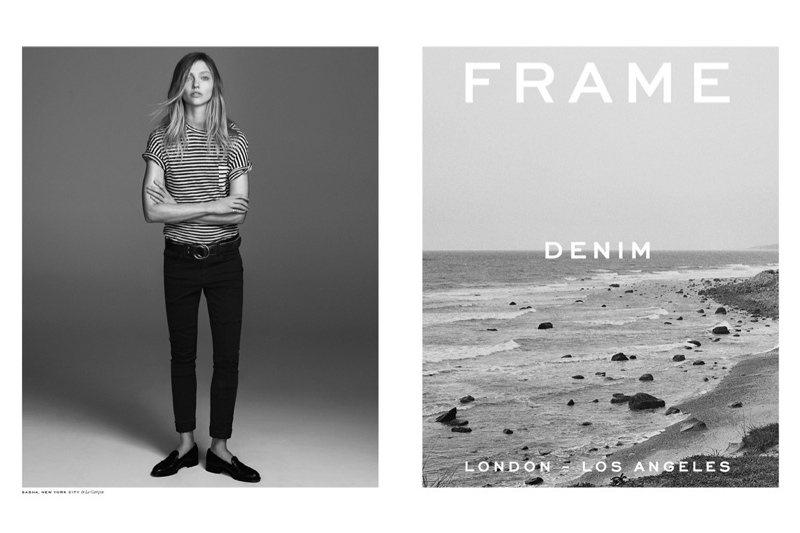