Rosie Huntington-Whiteley strips down to lingerie for the latest cover of Hunger Magazine, Issue #10, which is also its fifth anniversary issue. The model poses in a Balenciaga top and panties for the sultry shot photographed by Dusan Reljin. Inside the magazine, Rosie models body-clinging looks from designers like Julien Macdonald, Versace and Mary Katrantzou styled by Kim Howells. Check out a preview of Rosie’s shoot below.

To see Rosie’s full shoot pick up a copy of Hunger issue 10, on newsstands from March 21st #Hunger10

On January 17th, Rosie Huntington-Whiteley stepped out with her fiance Jason Statham to attend the 2016 Critics’ Choice Awards. The handsome pair matched in black looks from Saint Laurent by Hedi Slimane. Rosie wore a black gown with an asymmetrical neckline and high-slit while Jason a tailored suit. The model paired her look with a slicked back hairstyle and earrings from Anita Ko. 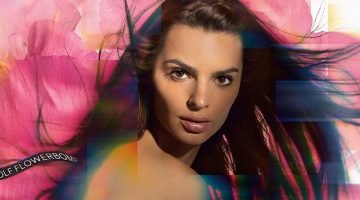 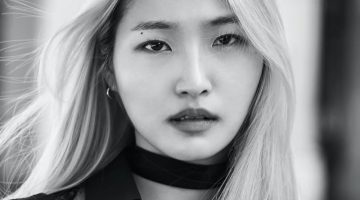