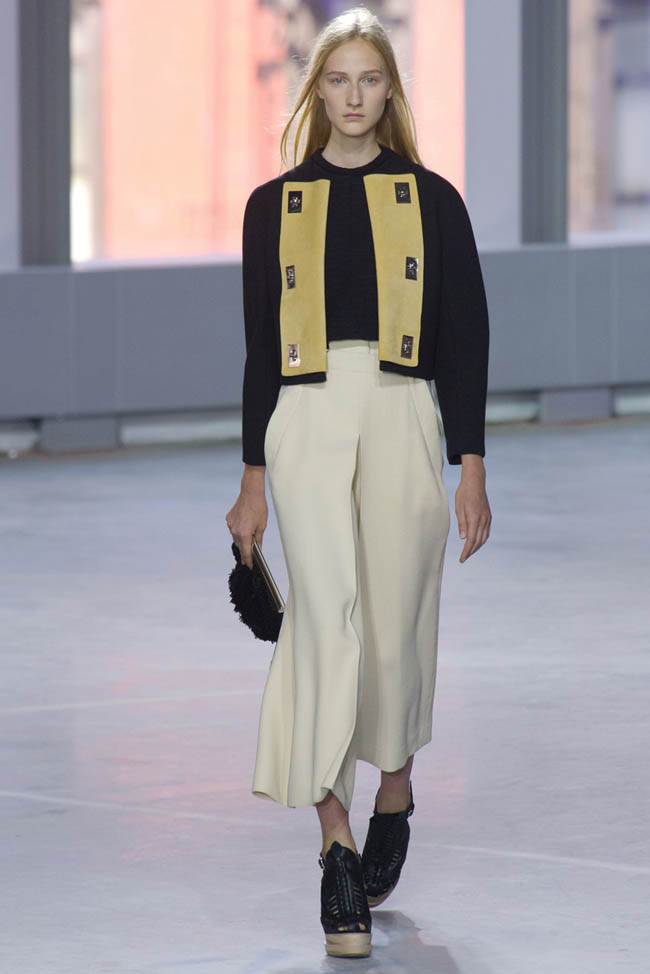 Proenza’s Wordly Woman – Proenza Schouler appeared to embrace the 1990s trend in its own way for the brand’s spring 2014 collection. Looking at the thirty-three looks, one can see that designers Jack McCollough and Lazaro Hernandez were inspired by a variety of influences, but one that sticks out is an Eastern aesthetic–long tunics paired with loose trousers to be more specific. Skirts were adorned with pleats in gold and silvery hues while dresses came in two-toned gradients with the same pleating effect.

Print was embraced with a haphazard juxtaposition of lines and splashes in black and white. Crop tops, another favorite of New York Fashion Week this season, closed the show in metallic hues. Overall, the Proenza woman appears rather worldly this upcoming spring, traveling from New York to London to Tokyo and still managing to be on the cutting edge of style.