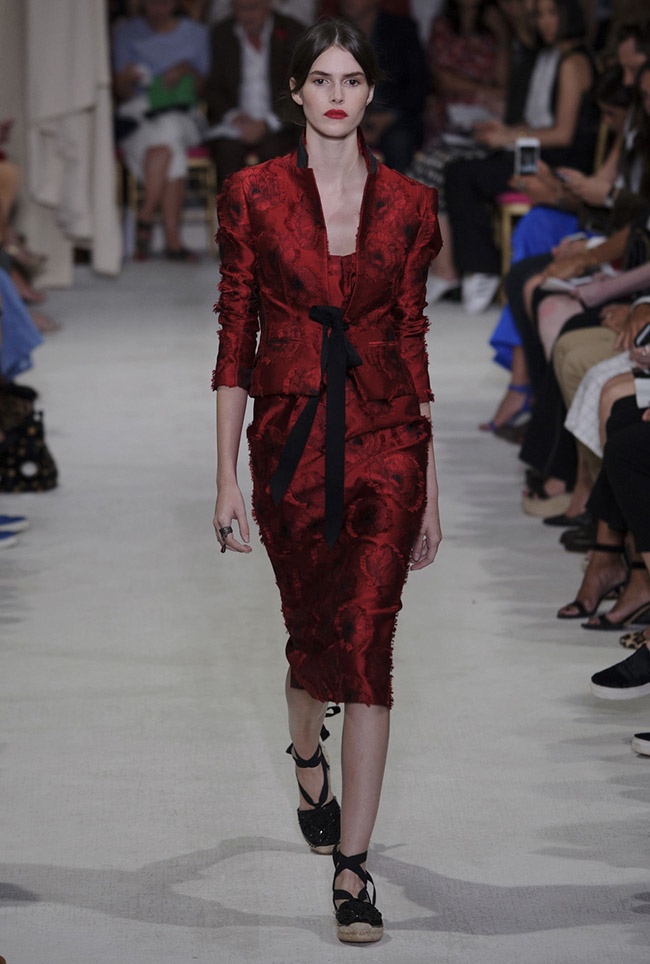 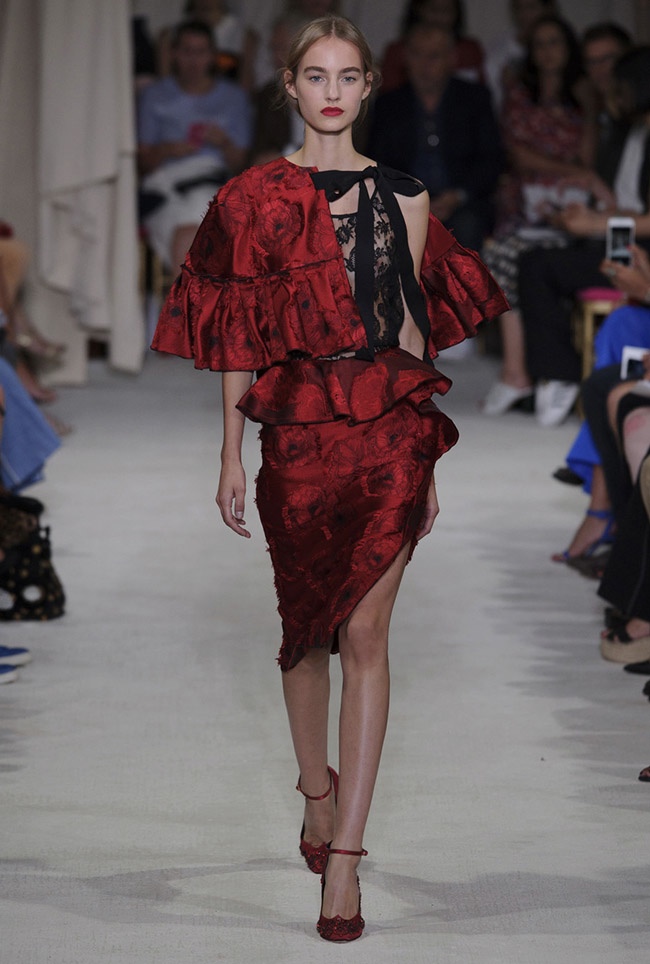 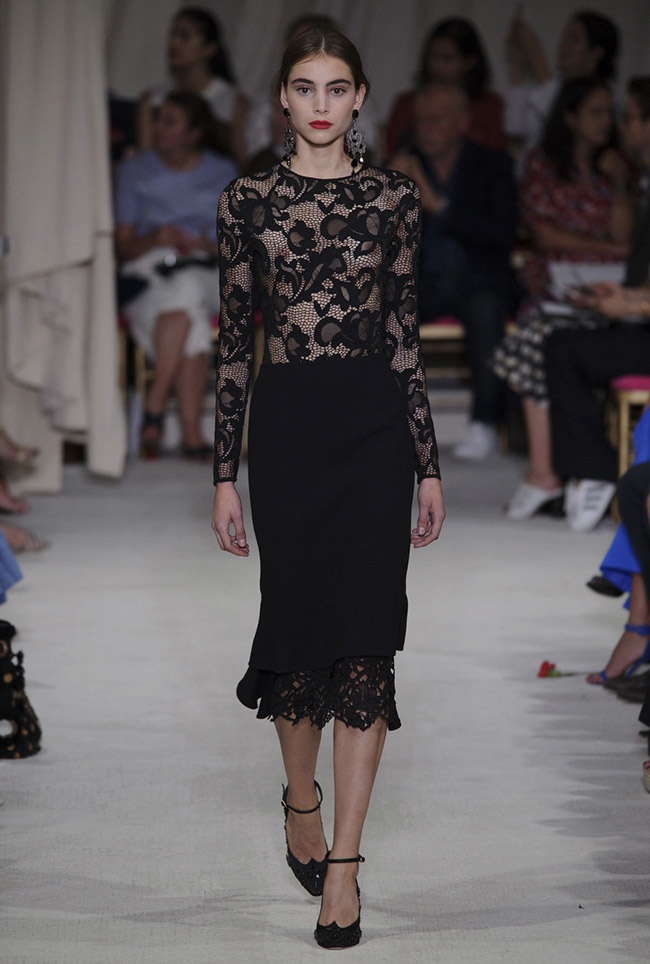 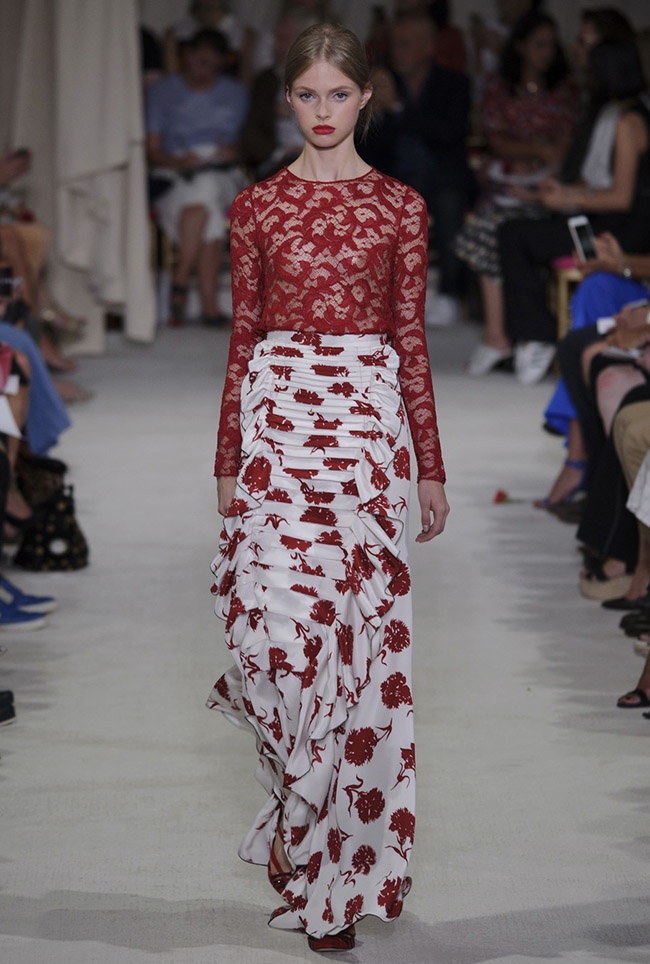 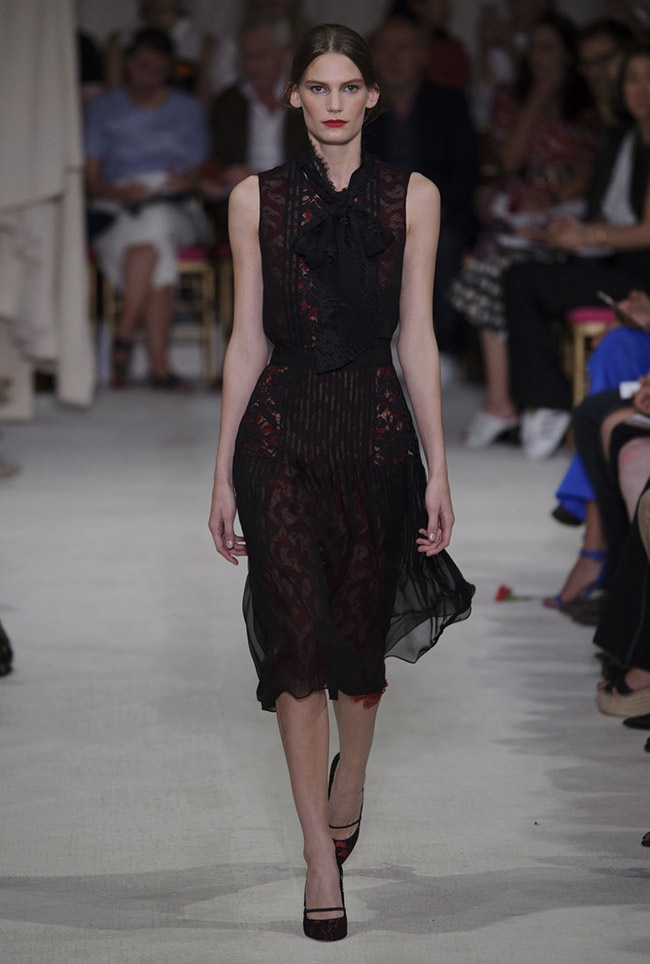 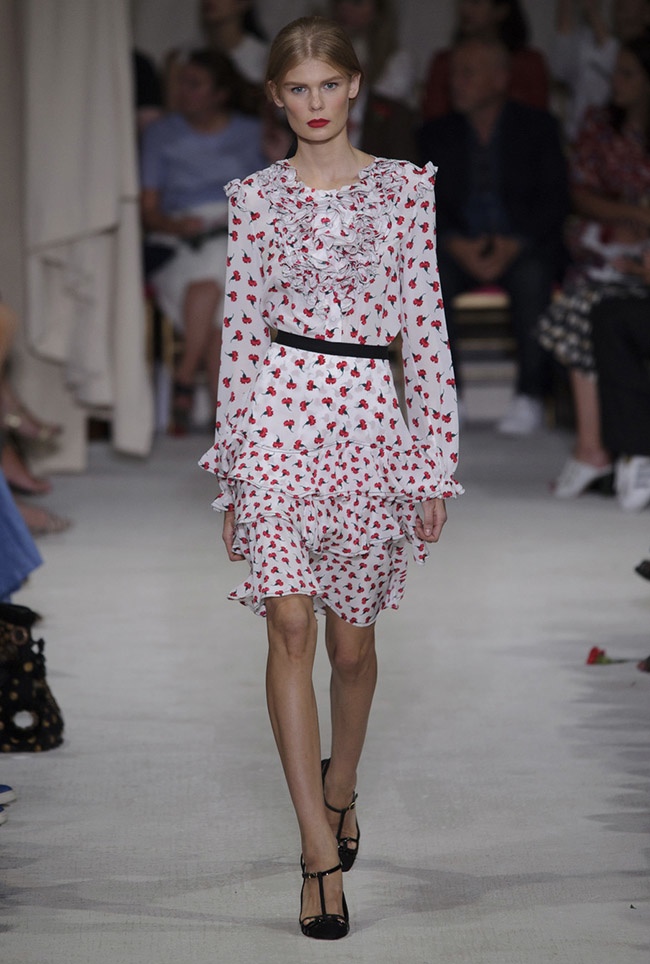 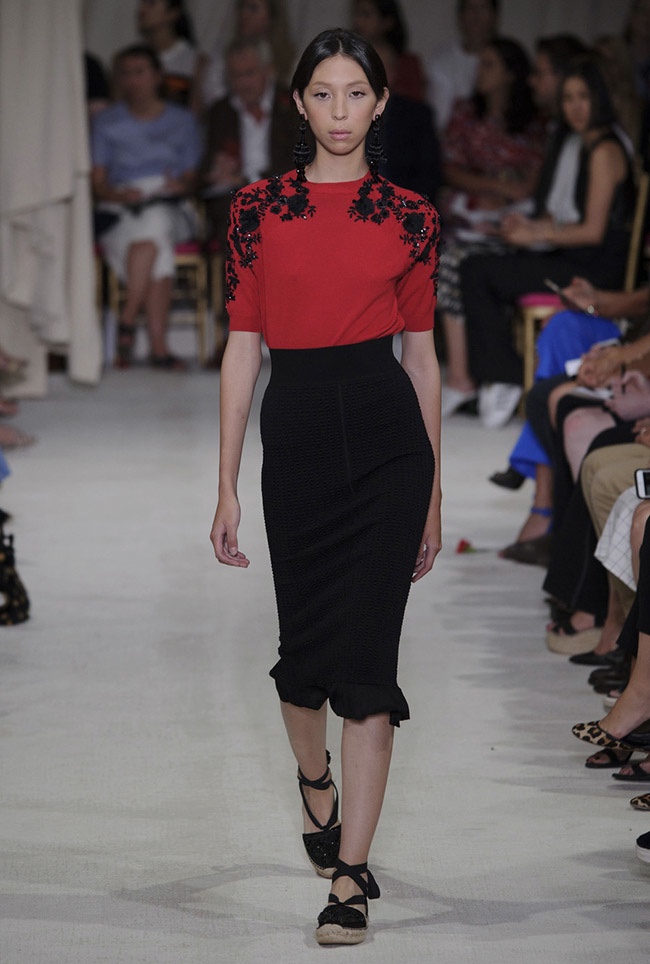 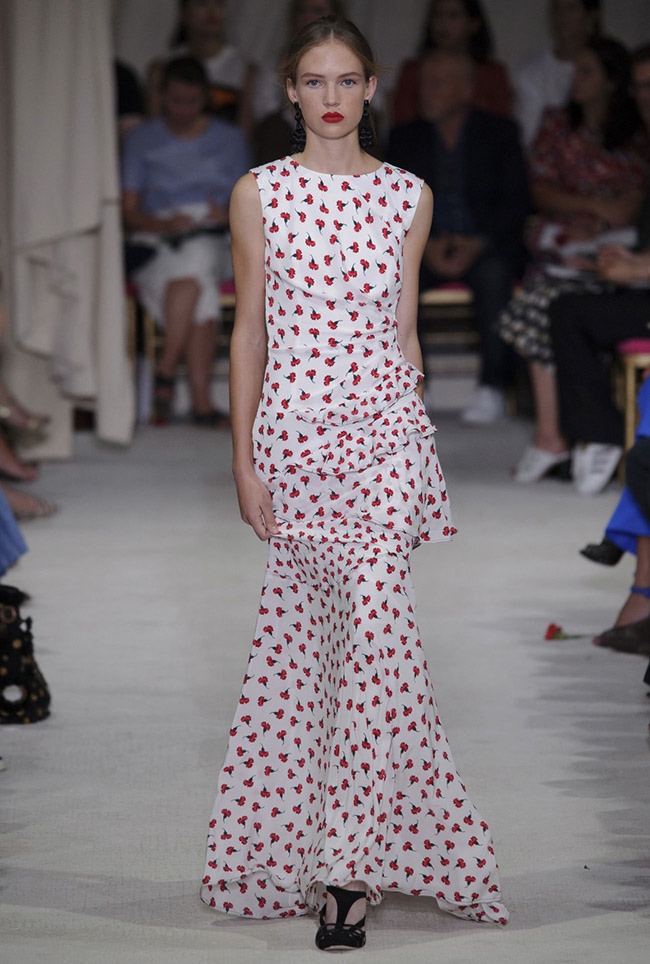 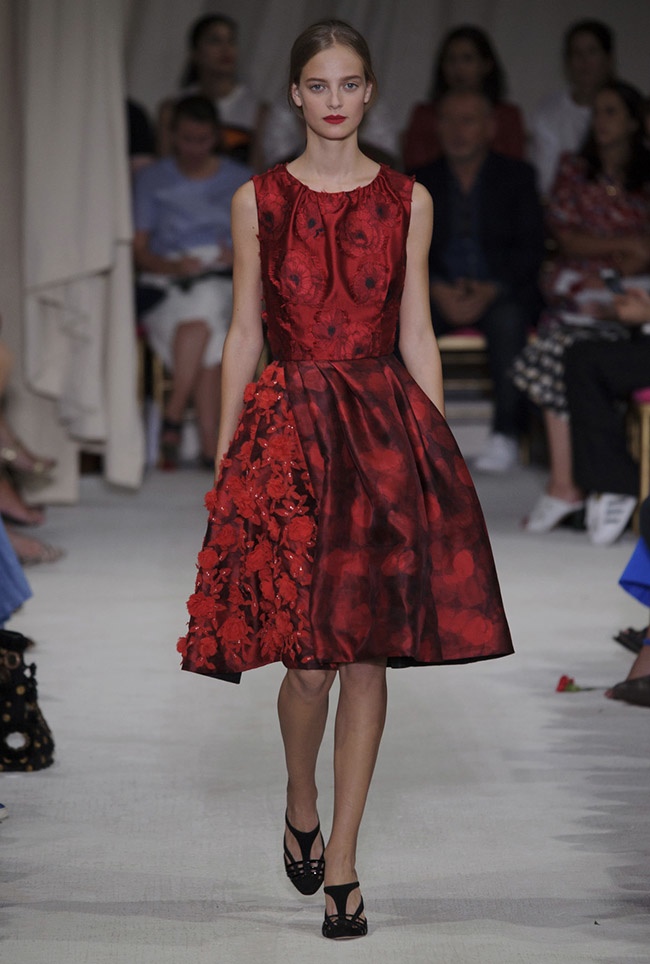 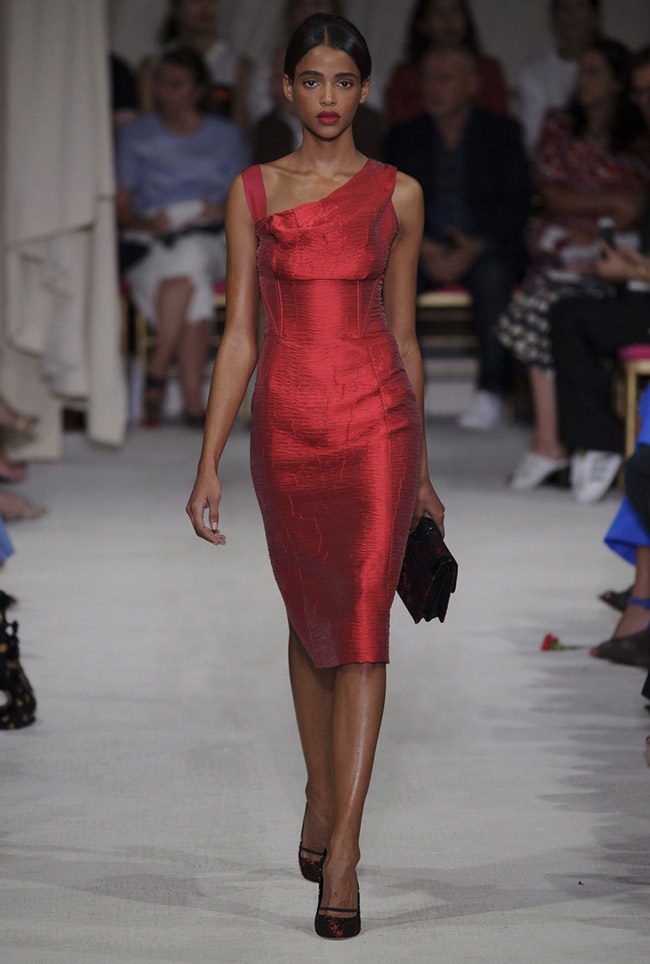 Spring-summer 2016 marks Peter Copping’s second ready-to-wear collection for Oscar De La Renta, and with the new season, the designer paid homage to the house’s late founder with a runway show which explored Hispanic style. Copping used the Hispanic Society of America in Harlem for research, where he viewed artwork and textiles that influenced a lineup of carnations, ornate lace and powerful red. As with the fall season, Copping kept with De La Renta’s tradition of embroidery and luxe textiles while adding lingerie details for a more sensual touch. Tying into the Latin influence, the espadrille shoe made an appearance on the runway, updated with crystal and lace work.