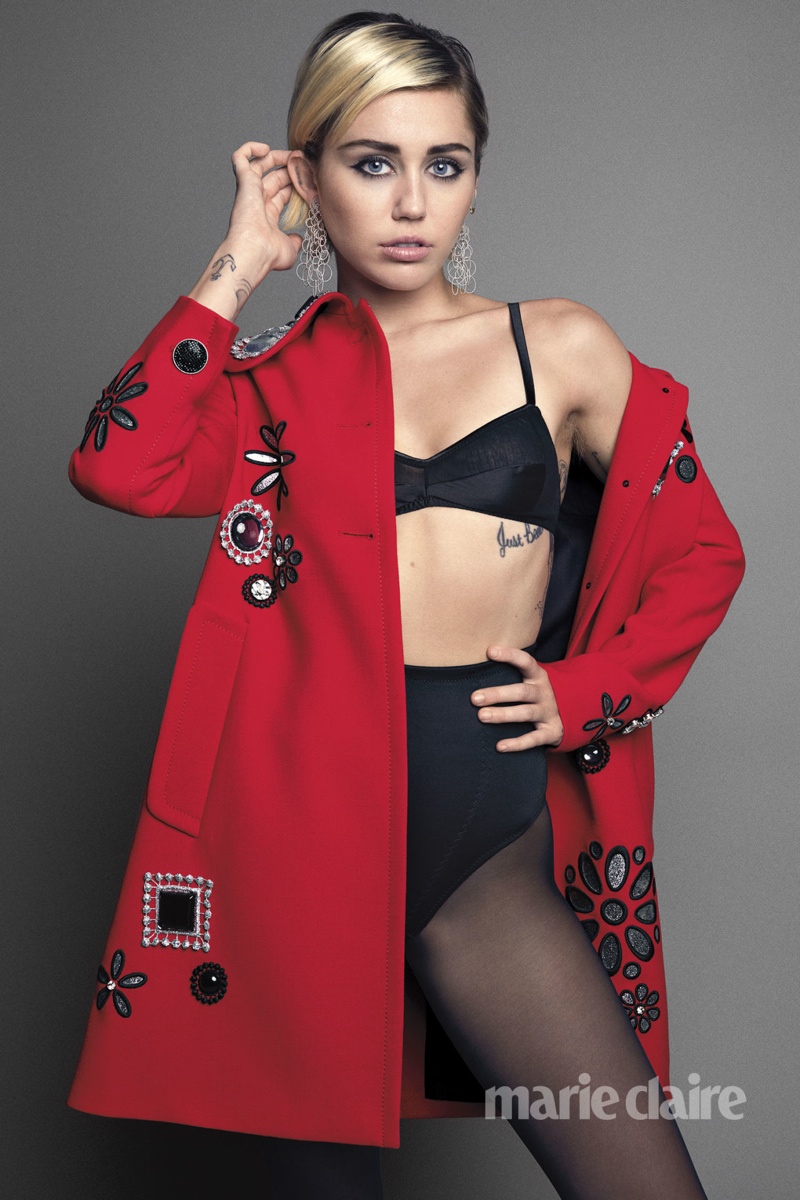 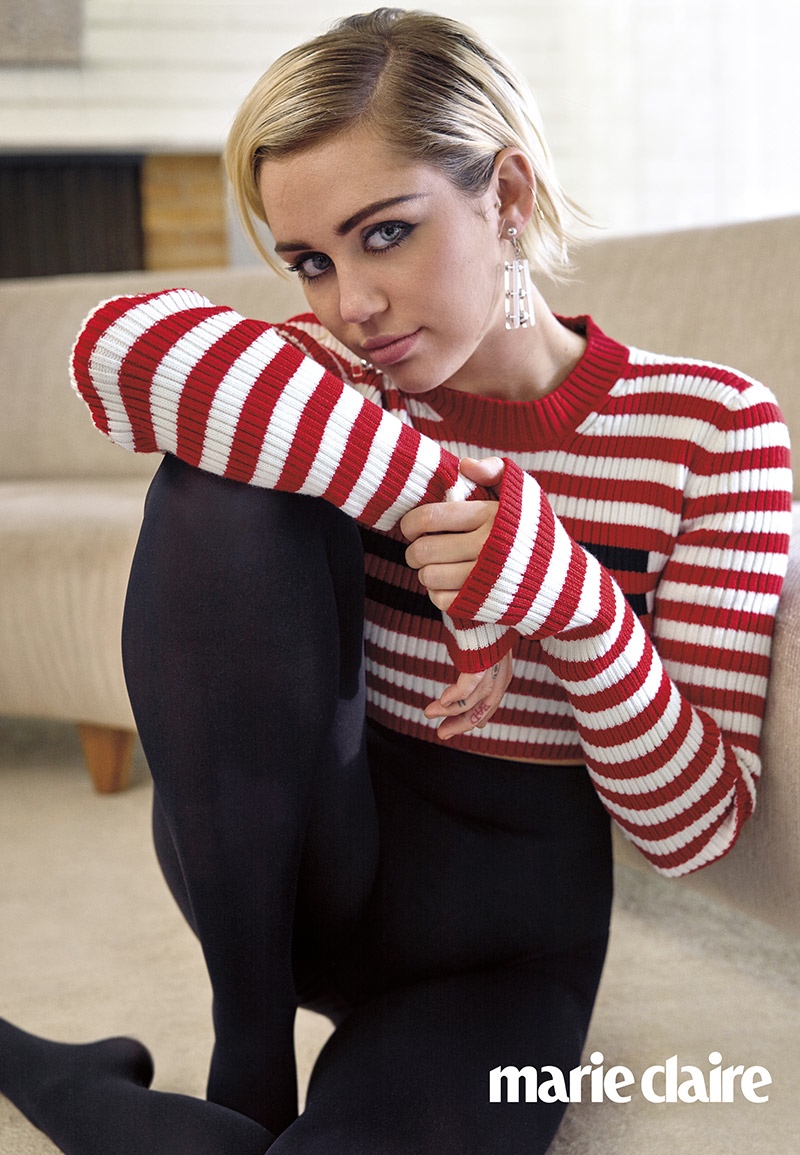 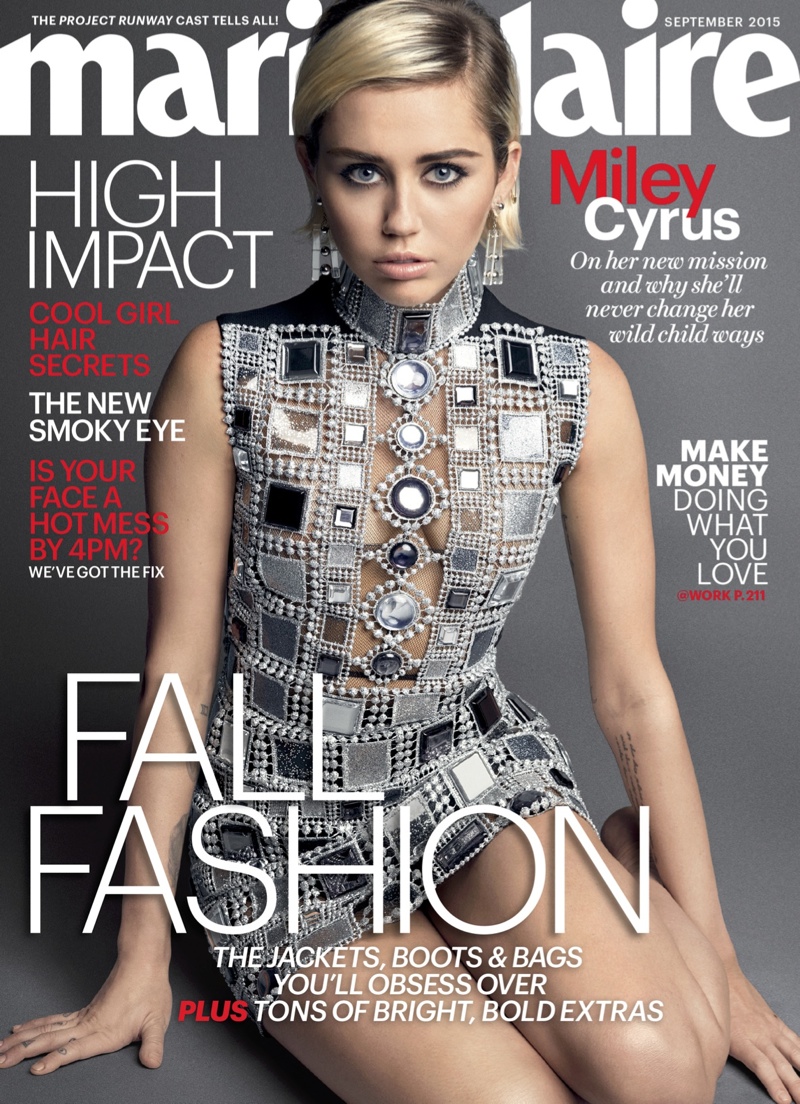 Pop star Miley Cyrus makes an appearance on the September 2015 cover of Marie Claire US. Photographed by Mark Seliger, Miley wears mod inspired style with a modern twist. The short haired star talks about everything from music videos to sexism in her interview.

On Taylor Swift’s ‘Bad Blood’ video, Miley says, “I don’t get the violence revenge thing.  That’s supposed to be a good example?  And I’m a bad role model because I’m running around with my titties out?  I’m not sure how titties are worse than guns.”