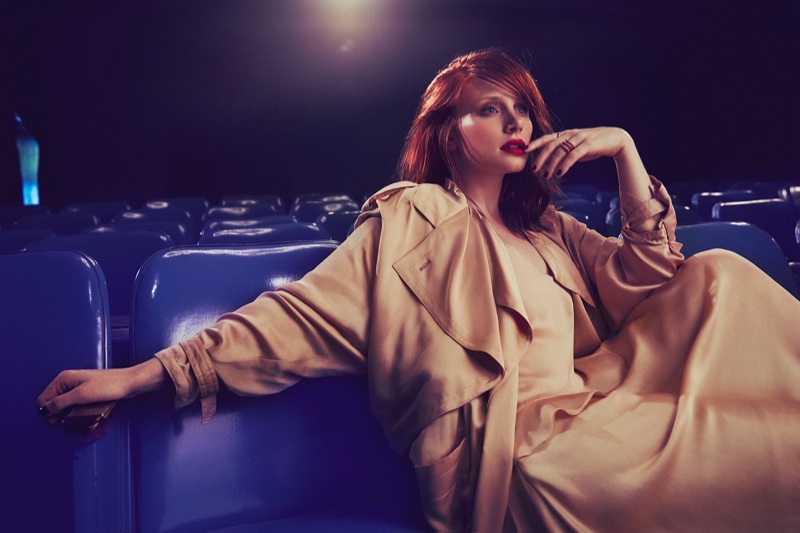 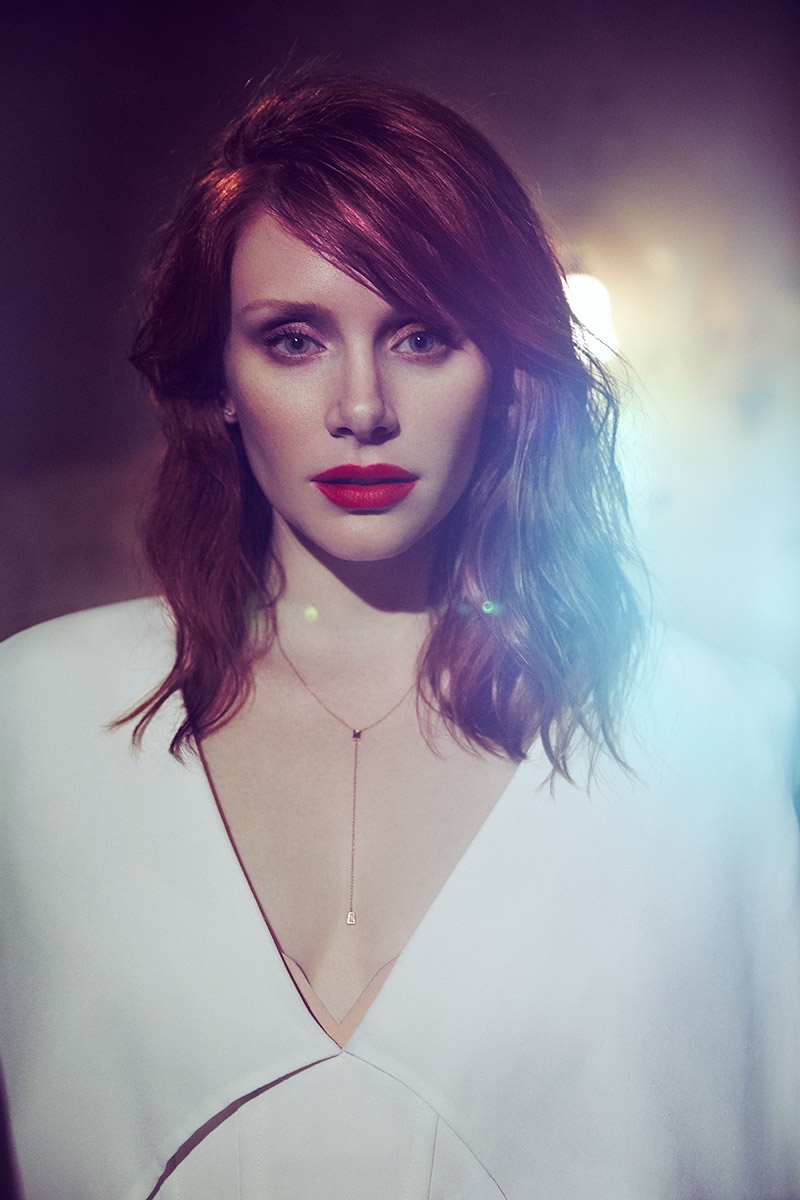 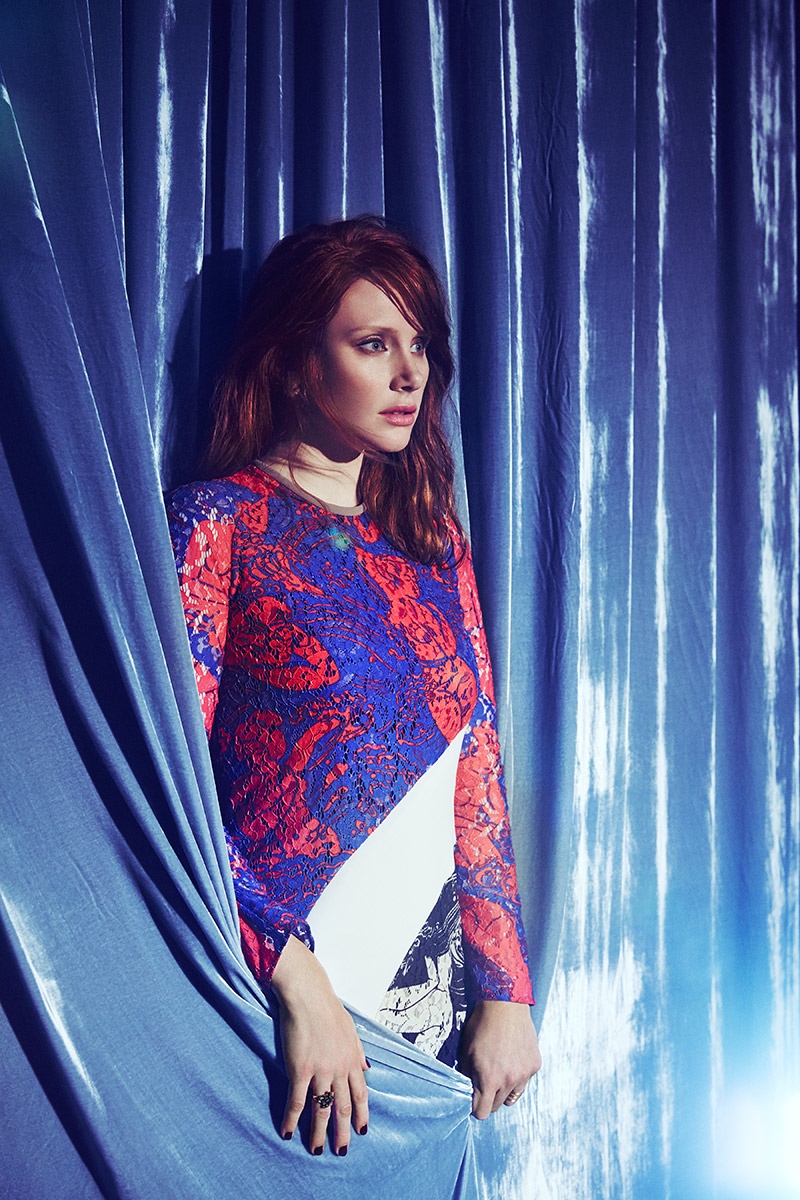 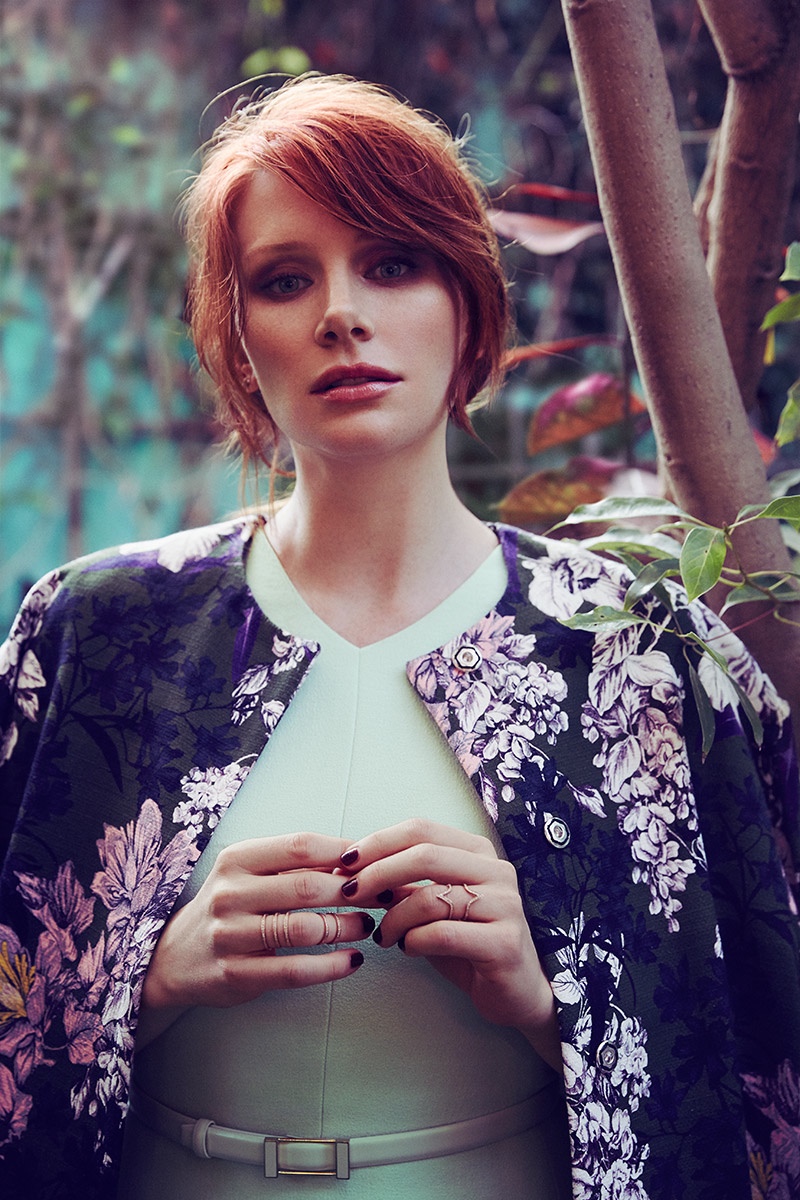 Actress Bryce Dallas Howard poses in a feature for fashion website Who What Wear, photographed by Zoey Grossman. The red haired beauty co-stars alongside Chris Pratt in the box office hit, ‘Jurassic World’. In her interview, she talks about working alongside the male lead.

“It’s so funny; working with Chris Pratt is basically like working with a hero. He’s just the greatest human being, to put it simply—he’s super-charming and hilarious and genuine. He gives 100%, he’s really humble and gracious and thoughtful and loves his family. Him and Anna [Faris] are for sure my favorite couple,” she says