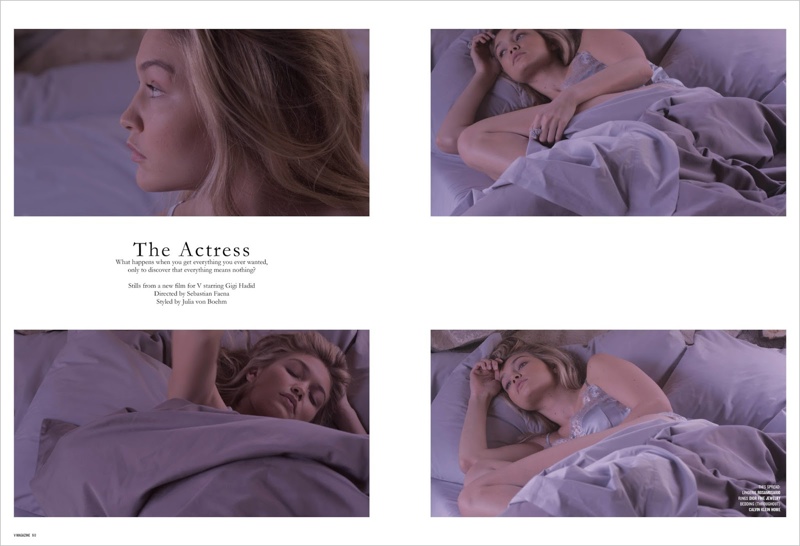 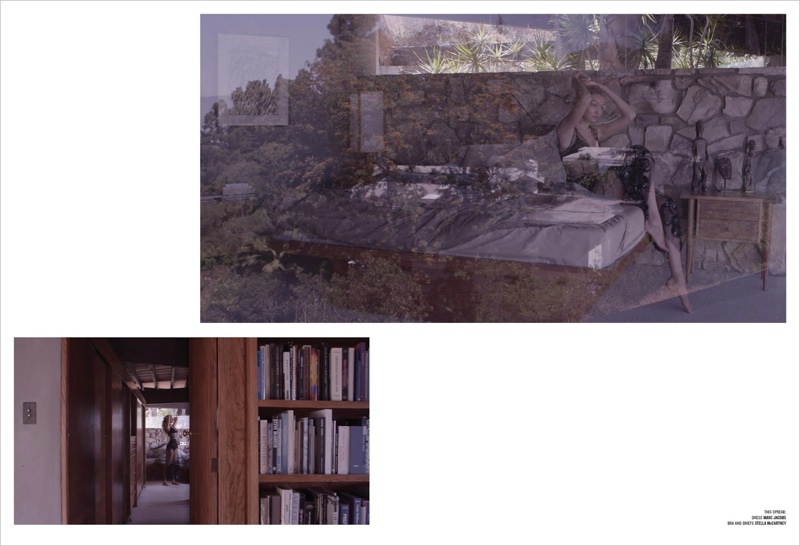 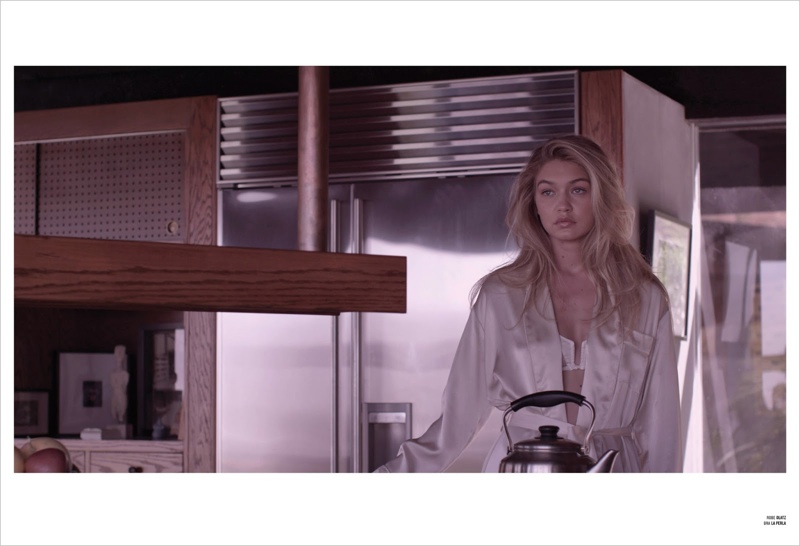 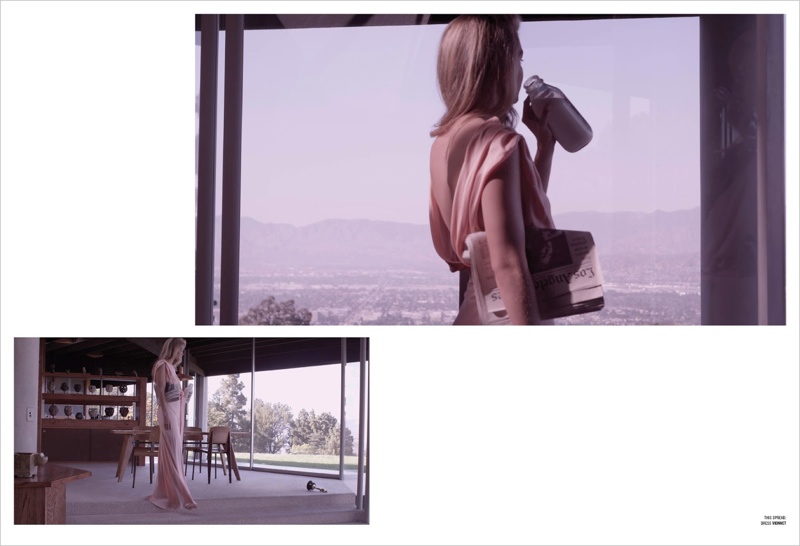 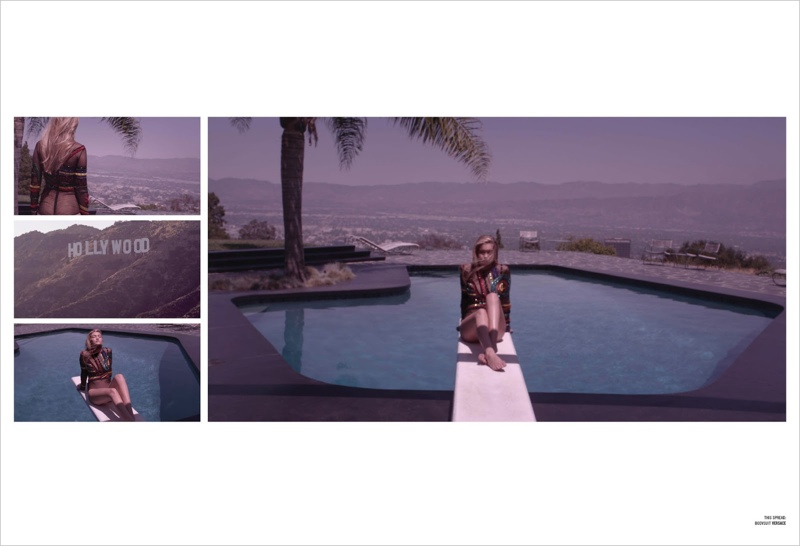 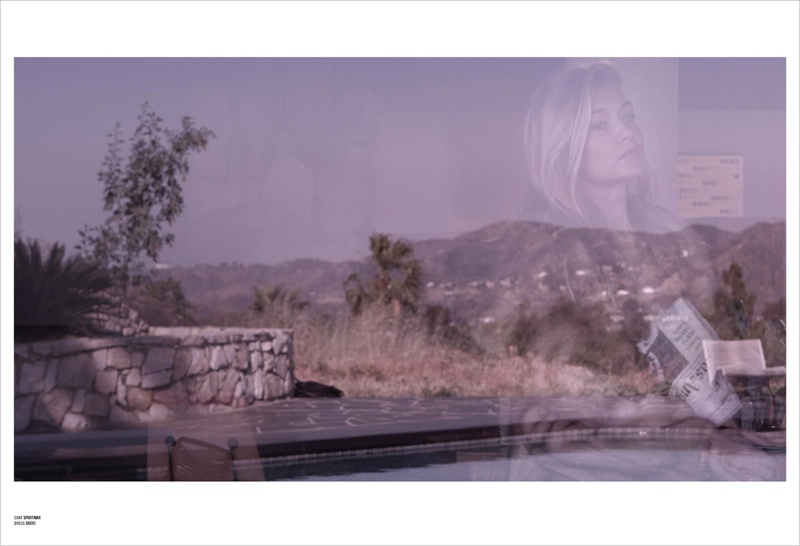 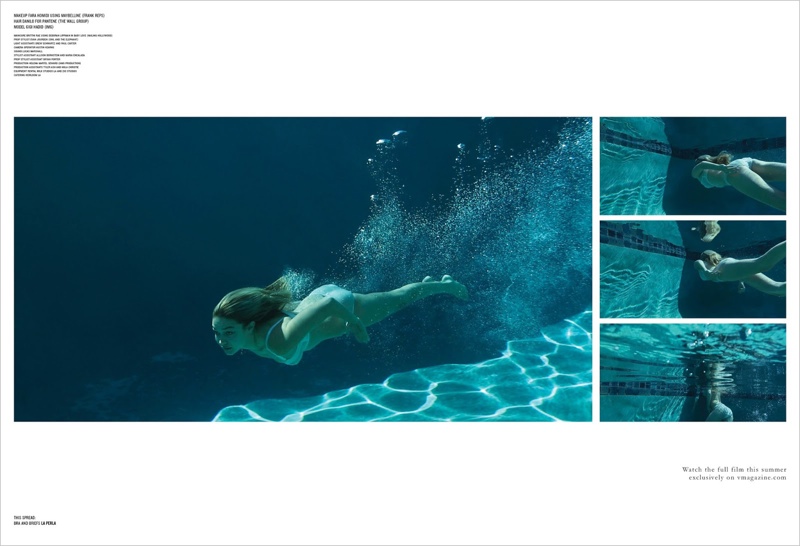 Top model Gigi Hadid channels her inner actress for an editorial featured in the pre-fall 2015 issue of V Magazine. Captured by Sebastian Faena with styling by Julia von Boehm, the blonde beauty poses in a series of stills taken from a film also directed by Faena. Whether lazing about in bed or posing poolside, Gigi is a glamorous vision.