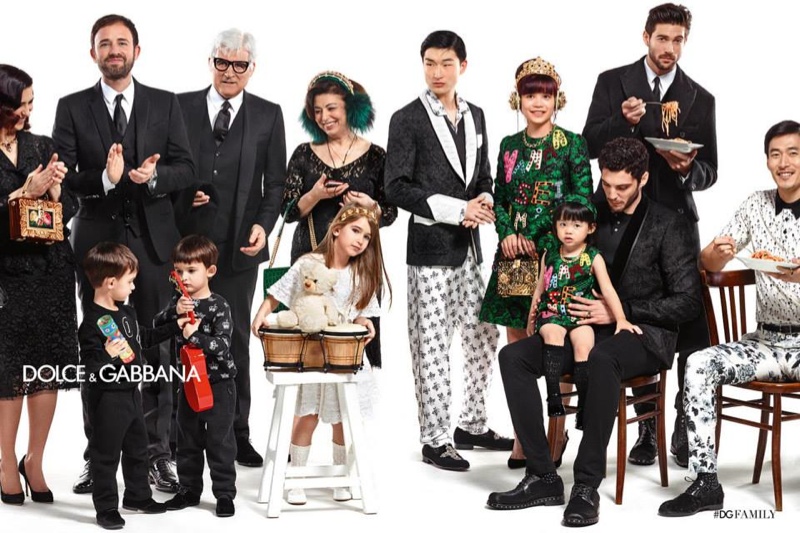 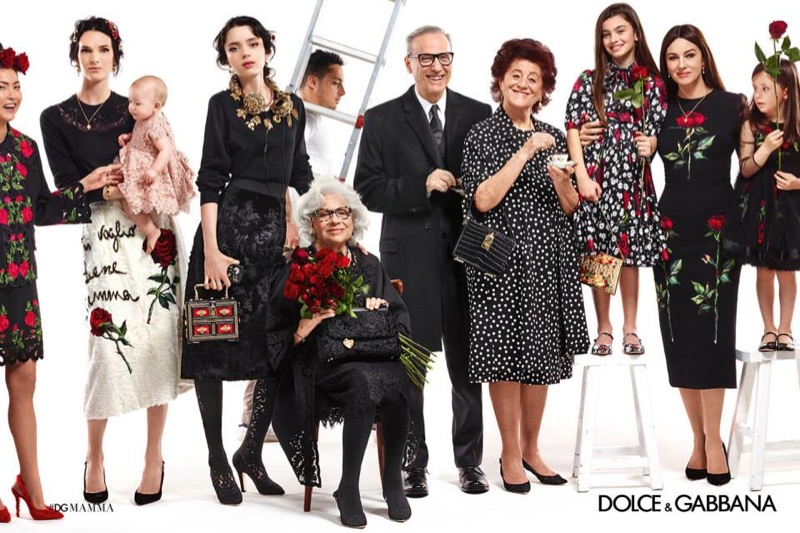 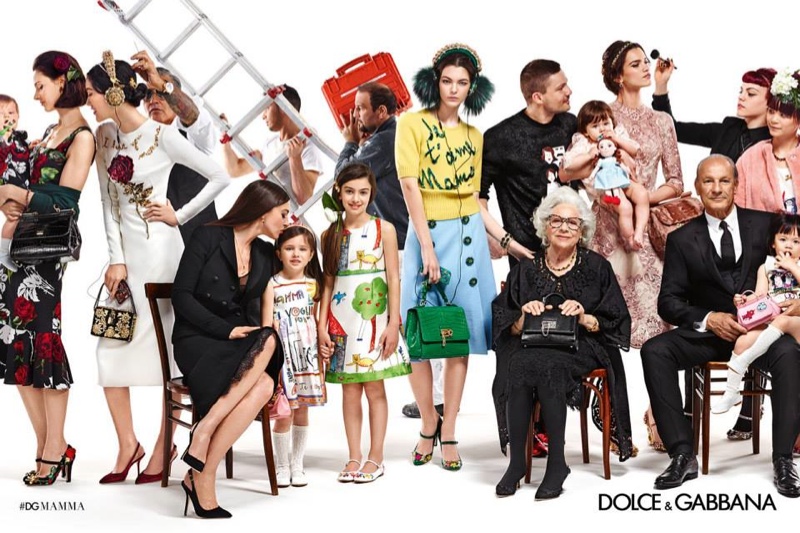 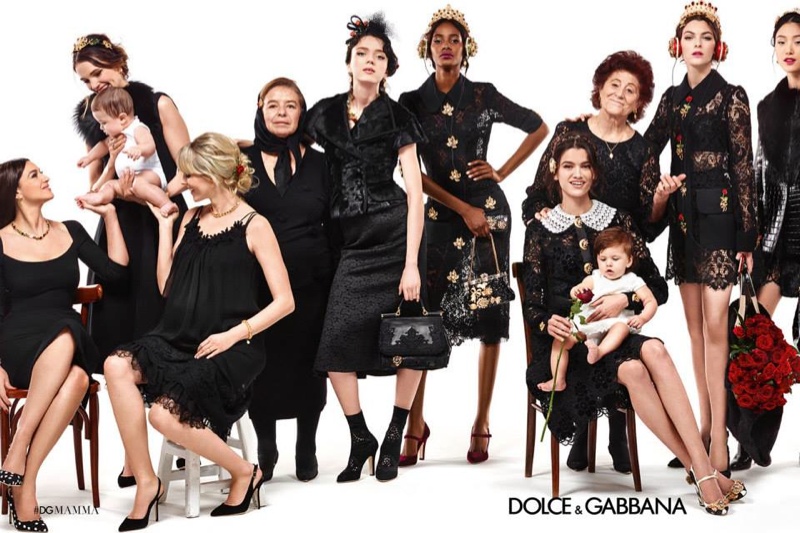 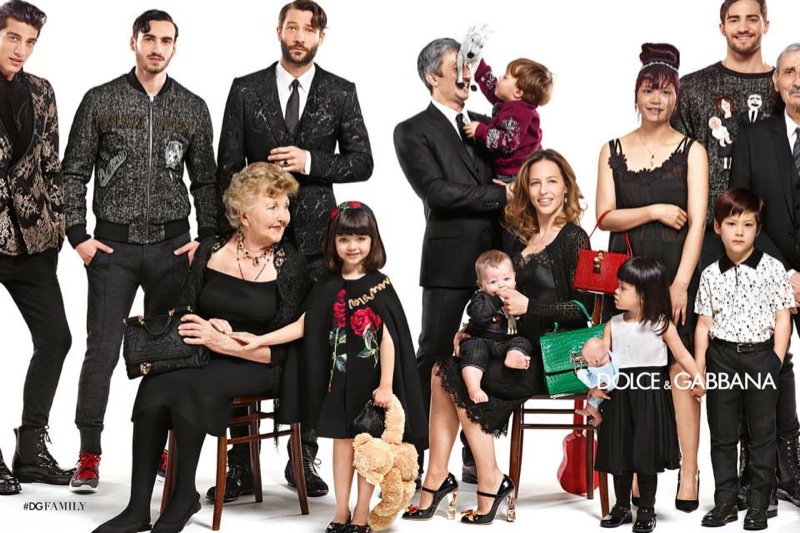 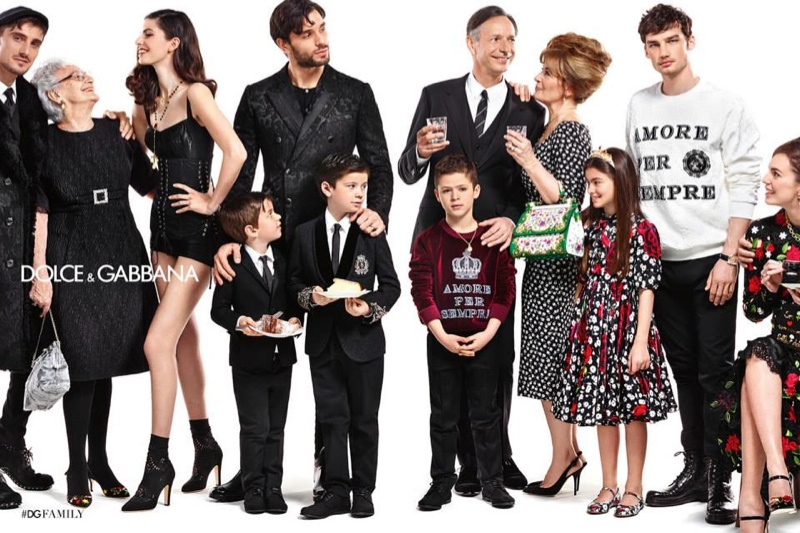 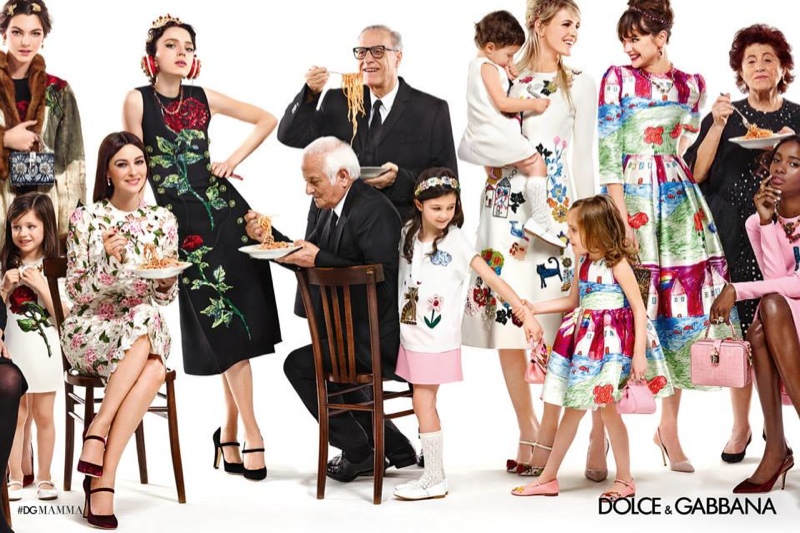 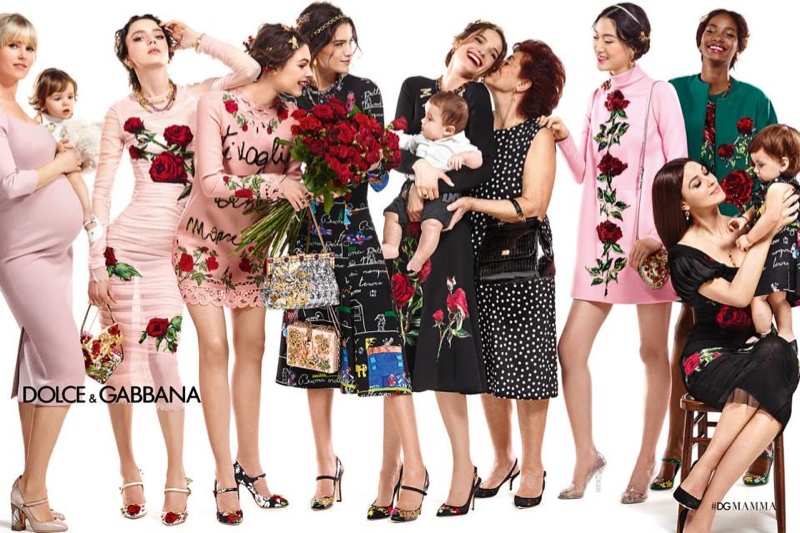 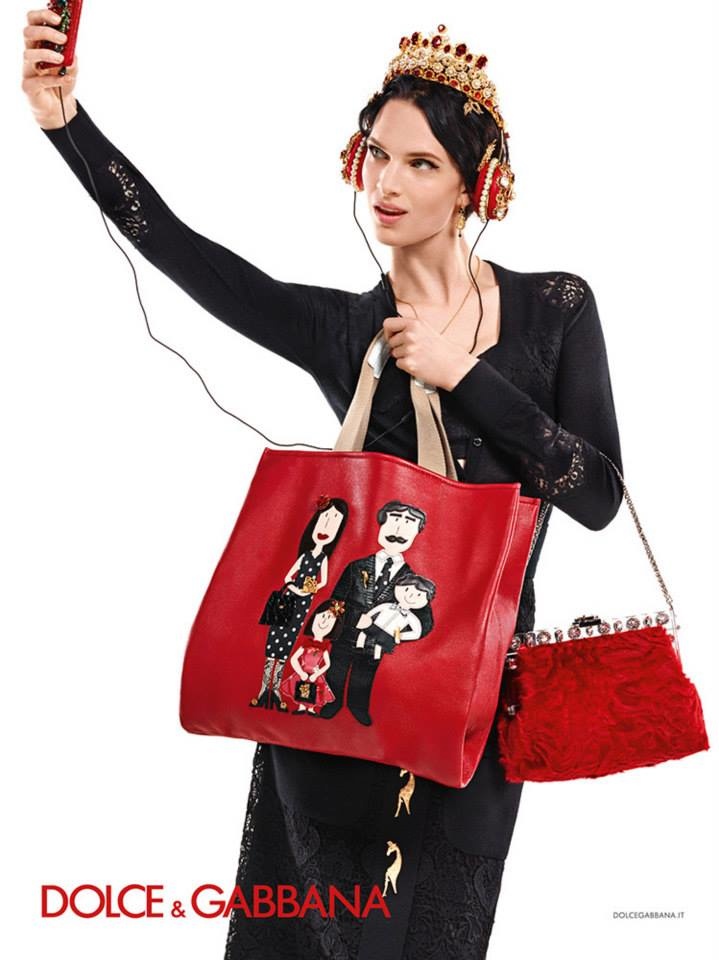 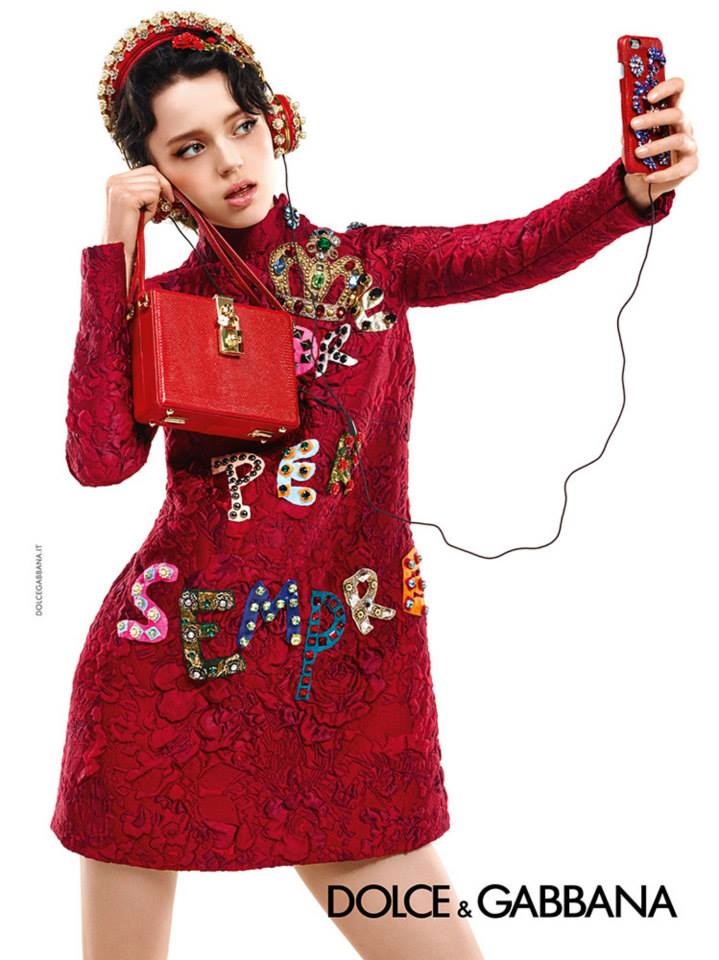 Several months after the designers’ IVF comments caused controversy, Dolce & Gabbana has released its fall-winter 2015 campaign with a focus on family. The diverse advertisements feature a range of ages and ethnicities with Ashleigh Good, Monica Bellucci, Esmeralda Seay Reynolds, Sora Choi and Tami Williams among those dressed in Sicilian inspired looks. In some shots, the models can be seen eating spaghetti, while in others they take selfies with their jewel encrusted headphones and iPhone cases.